In case you needed further proof, you can’t stop Miss Gaia Cauchi. Malta’s sweetheart and the winner of Junior Eurovision 2013, added another trophy to her mantle piece today by winning New Wave Junior 2015, one of Europe’s biggest singing contests for kids. And we mean big. As Malta’s Newsbook reports, more than 10,000 spectators watched the event live at the Artek Children’s Camp (on the Black Sea in the town of Hurzuf). When Russia 1 broadcasts the program later this year, it’s estimated that more than 100 million people will tune in.

“I managed to make friends with everyone,” Gaia says of her time in Crimea. “It’s a real competition between us but there is no jealousy or resentment!”

That isn’t new. As many of you will recall, Junior Eurovision 2013 runner-up Sofia Tarasova from Ukraine won New Wave Junior 2013. She was at this year’s competition and spent some time with Gaia. Eurovision 2014: Georgia’s “Three Minutes to Earth” is the song you least remember List: 10 artists we want to sing for Belarus at Eurovision 2016 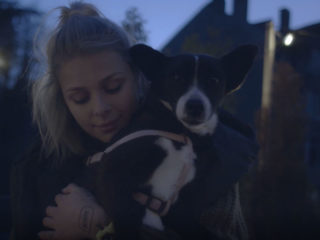 I hate seeing “crimea” and “Russia” used in a linked manner, to be honest. Eurgh.

Sending this girl to occupied UKRAINIAN Crimea was stoopid. Stoopid for her and her career.

Hopefully she won’t be a future Elhaida Dani — meaning, win a lot of singing competition but once on the main Eurovision stage then things don’t go 100%. I still love “I’m Alive,” among the top song in my iTunes! haha!

Those two ladies should have a recording deal – at their current ages!!

I’m sorry, wiwibloggs but…Have you just recognized Crimea as a part of Russia? I don’t want to talk about politics now but it’s a bit rude. Hurzuf is the city in Crimea. Ukrainian Crimea.

According to the vk account, she is 27 years old.

Her winner song in the Junior Vision was nice…Especially her live performance that was impressive <3 🙂 Her name Gaia reminds me of the word *earth*/*terra* And the term *gay* though.. <3 ( The popular actress Angelina Jolie had played on a film the famous supermodel *Gia* that was lesbian…Such beautiful movie <3 ) So congratulations to dear Gaia from Malta that she managed to win 4 a 2nd time another Music Contest 🙂 The bulgarian girl Krisia was just unlucky to finish again almost winner as 2nd -runner up… {She reminded me by the way the model contestant Alison… Read more »