Estonia’s 2011 hopeful has a formula for success – perky, feel-good, summery pop. Sometimes this works well – “Rockefeller Street” and “Meelelahutajad”. This time though, she misses the mark. “Lootuste Tänaval” doesn’t stray from her usual blueprint. But it’s so lacking in substance that it might just float away, making for a pleasant if rather forgettable few minutes. The music video leaves just as little impact. Filmed in Malaysia, it acts as a nice travelogue. Again there’s nothing to ground it in your conscience. Adequate filler on an album, but we’d expect more from a single.

Jean Carreira feat. Suzy “Tu e Eu” (You and Me)

We’re coming to this rather late (it was released on Valentine’s Day). We’d say that’s better than never, but we’re not really sure. “Tu e Eu” packs enough cheese to satisfy a horde of mice. Suzy joins forces with Jean Carreira, a crooner of the variety that we thought became extinct decades ago. To say the 2014 Portuguese representative elevates the song is an understatement. She is the song! The music video tries to make a comic play on the mismatched duo, basically depicting Jean as near useless without Suzy. It’d be funny if it wasn’t the actual reality.

Sofi Marinova has always been an acquired taste. In 2012, one wiwi juror described her entry as akin to “sticking needles in my ears”, whereas another labelled her album his “most treasured Bulgarian possession”. Ms Marinova continues to be divisive with her latest single “Kato Dete”. Clearly someone, somewhere, liked it enough to greenlight its release. Sadly, once you hear Sofi bleat, it’s difficult to take the track seriously. No amount of seductive lounging in a hotel lobby will erase the baas. Baa, baa, baa!

Mariya Yaremchuk “Do Tebe” (To You)

Mariya Yaemchuk has changed. At Eurovision 2014, the Ukrainian star was a proud purveyor of trashy pop, and we loved her for it. However, since then she seems to have gone all Eliza Doolittle and become a lady. Boo! The trend began on “Protiv Vetra” and continues on her latest track “Do Tebe”. Stripped back instrumentals and haunting vocals are well and good, but there’s no lasting impression. We’d like the old Mariya back please. Thanks!

Margaret Berger and Loreen have been the darlings of a certain demographic within the Euro-fandom for quite a while now. Their sophisticated, innovative, ethereal brand of electro-synth pop has rarely disappointed. But now they’ve a rival in the shape of Lithuania’s Monika Linkyte. Fresh on the heels of the sublime “Po Dagnum”, the “This Time” singer returns with another gem. It marks a real progression in sound, and we’re rul excited. The understated beats allow the focus to switch to Monika’s on point vocals. The verses build to a truly soaring chorus. And we cannot lie – when we realised that “Aitvarai” means kites a little squeal escaped. Monika has us mesmerised and we can’t wait for more. 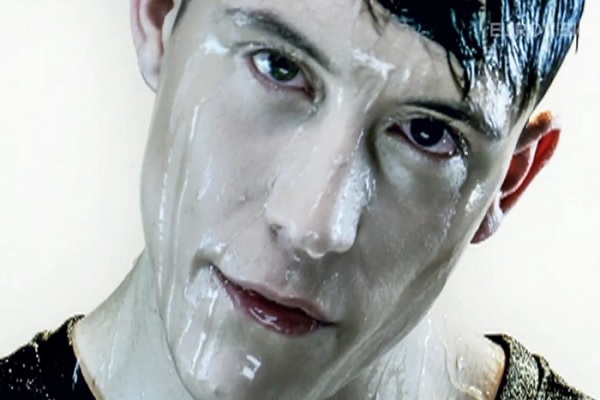 Monika’s is not as good as Po Dagnum but it’s nice. None of them are *amazing* but I kinda like Getter and Mariya a little.

Monika with red hair is unrecognisable 😮