Marta & Vaclav gave Europe hope at Eurovision 2015 — and apparently they also gave the Czech Republic a bit of goodwill toward ESC. Today Czech Televise (CT) has confirmed that it will participate at Eurovision 2016. Stockholm will mark the country’s second straight year of participation following its five-year absence from 2010 to 2014.

Marta & Vaclav finished 13th in their semi with 33 points. That may sound bad on first listen, but when you place it in the context of the country’s Eurovision history it’s kind of amazing. In the 2007, 2008 and 2009 contests, the country totalled just ten points.

CT internally selected their song and artists for Vienna, working with legendary Czech composer Ondrej Soukup. It’s unclear what process they will use this year.

Are you pleased to know that the Czechs will be back? 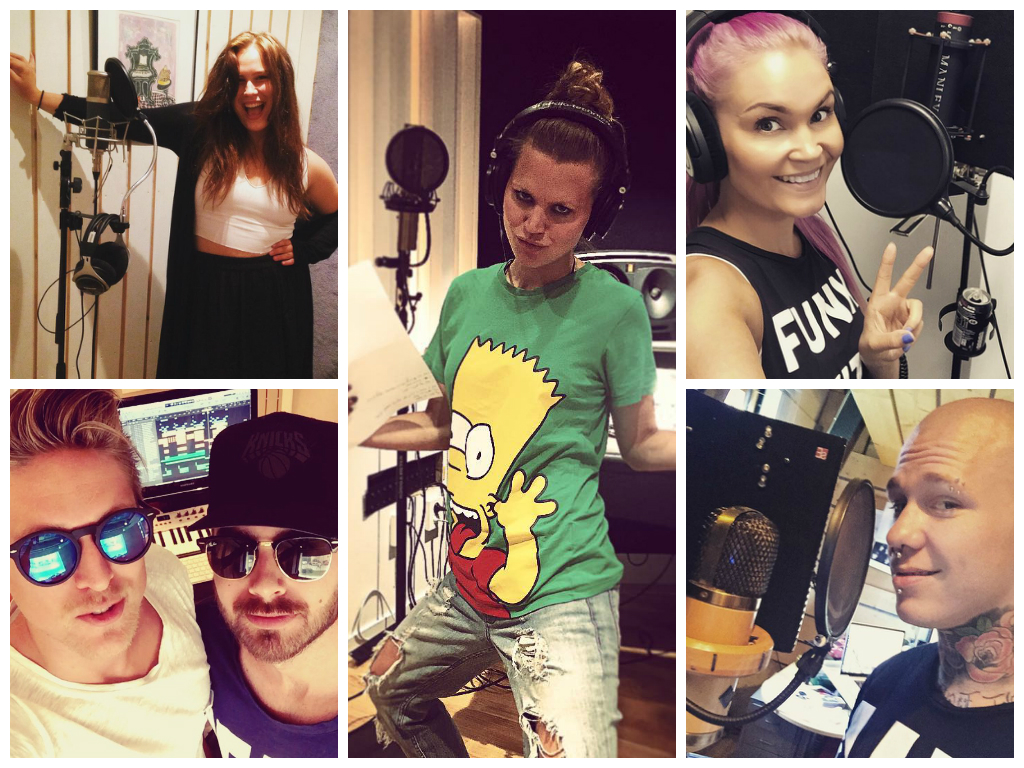 Out of the ashes: Carlos Gallado releases remix of “Rise Like a Phoenix”

I am very happy to read CZ will be back in 2016. Vaclav & Marta were wonderful. I am still listening to Hope Never Dies & loving it.

I appreciate their endeavor and i’m glad about their participation. Hope never dies was underrated by Europe. I hope that we can see them in the grand final. Lets cross our finger for Turkey, Bulgaria and Bosnia Herzegovina

Yeah! Come on people, let’s qualify them for the final (providing that CT sends a good song like last year of course)!

There are only four countries that NEVER qualified to the ESC final: Monaco, Slovakia (although these two appeared in ESC finals before the semi-final system was introduced), Andorra and the Czech Republic. Out of these, the Czech Republic is the only one still participating. So let’s give them a shot! 🙂

Yay! So happy that they’re coming back again next year. I really hope they qualify.

I hope they will be a permanent country in Eurovision. Last years entry was good and underrated. I hope Slovakia, Bosnia&Herzegovina, Croatia and Bulgaria.

I want an underdog final this year …..

I want Finland qualifying but not Denmark, Norway and Iceland.

I want Portugal to achieve their best result.

I want Romania, Greece,Azerbaijan and Russia out of the final.

That being said, I want Czech Republic, San Marino and Macedonia to qualify.

I want the Baltic countries to do well.

I want the return of Turkey, Bulgaria, Slovakia and Bosnia and Herzegovina.

I want Spain, UK and France to catch a break and do well.

I would LOVE if Vaclav and Marta represented Czech Republic again next year, they were by far the most charming guys this year, I wish i had them as my friends you know, they’re just so fun!

Just think that Marta and Vaclav’s entry is a sweet warm up to this country’s success in the contest for the upcoming years.

Heck yes! To Czech Republic: keep your hopes up because hope will never ever die.

This is amazing 🙂 I thought they will definitely withdraw because they didn’t reach the final :/ Hopefully they could bring also Slovakia back 🙂 Good luck neighbours for 2016 😉

It is good news. I had some doubts whether they would really maintain their participation, considering their previous failures. This approach should be followed by Slovakia. Especially now, when Europe is struggling with so many problems, which can harm its unity, the more the merrier. I didn’t like this year’s entry from Czech Republic at all, but it was an advancement in comparison with their other songs. Hence, I really appreciate their effort and consistency. Austria had also withdrew a few years ago due to lack of success and after a few years they won. Everything is possible at Eurovision.… Read more »

Applause! I’m so happy they are in next year. I hope and believe, that they will go to the final this time. Let’s make it real!

woohoo very happy! i tought they would withdraw again after their result this year. hopefully 2016 will change the tides for the czech republic and get their best result ever 🙂 (wich really shouldn’t be a very hard task)

Hope Never Dies deserved the qualification and when it stayed stuck in the semi, I was a bit concerned about a second participation. I thought they would haven’t participated anymore after such a terrible placement. But, hopefully, they are coming back and I hope they will get their revenge :33

I did not expect that. I womder what they will come up next.

@ Darren
Well maybe my previous comment was an overstatement, however I think that whether the deserve a victory or not is subjective. As to Top 10, I think that Sweden and Serbia were definitely overrated. Personally I would also kick out Montenegro, Azerbaijan and Romania from Top 15. Regarding Portugal, personally I think it is the worst country in Eurovision – I can’t think of any Portuguese entry that I like.

I still want to see Czech victory, but if I had to choose the most underrated country in Eurovision – I think I would pick Bulgaria.

@Mii11
To say they deserve a victory is a bit much, just because they never qualify. But their song selections havent exactly been great over the years, None of their previous entries actually deserved a victory and yes their 2015 entry was their best ever entry, it was still not the standard of Sweden, Italy, Russia or any of the Top 10 this year. If their is one country that deserves a victory, it is Portugal, underrated every year, enter some excellent, catchy songs, have participated for over 40 years but have never won.

Excellent news! Genuinely thought they would withdraw next year. They really need to pick a good song though, I wasn’t a fan of their entries, ever, but I feel bad that they have never been in a final.
Just need Portugal and Italy to confirm participation and I will be happy.

frankly, I don’t understand their decision to waste so much money on a competition that has never really valued them, but I’m glad to at least see them try again–loved Hope Never Dies (still can’t really explain why,) I hope they pull something great off this year

The more the merrier!
I hope that their representative(s) can pull off an amazing performance as well as have an amazing song. They had a decent song this year but very dull staging. C’mon Czech Republic! Go for the final!

They deserved so much more this year. Glad to see that they won’t be withdrawing.

I’m really happy! It was a shame that Marta and Vaclav were so close last year, I really thought and hoped they would qualify. I praise CT however on staying in even though they haven’t been successful in the past.

With luck, this will entice Slovakia back too!

I’m so happy 🙂 I really hope that Czech Republic will do well next year. They really deserve a victory.

Good 4 this country that will be present in our Vision 4 second year in row.. 🙂 Czech after the success of this year decided to not withdraw & keep participating in ESC 🙂 YES…Even if Marta with Vaclav did not manage to get the debut first ever qualification 4 Czech to the Final overall the entry of Czech had big positive impact to us eurofans.. It was a great song & one of my 10 favorites <3 And it doesn't matter much that they did not get the ticket 4 the final..I guess that they were unlucky & thats… Read more »

YAY! Hope they finally qualify! If they have support from Slovakia, maybe it will happen!