Radio Televizioni Shqiptar (RTSH) — Albania’s national broadcaster — has confirmed to wiwibloggs that Albania will participate in Eurovision 2016 in Stockholm. To quote Miss Elhaida Dani, we are alive!

Albania will select its 13th Eurovision entry from the long-running traditional song contest, Festivali i Këngës, which turns 54 this year. The contest is scheduled for December at the Pallati i Kongreseve in Tirana. RTSH will accept submissions on October 12 and 13.

Bojken Lako, who finished second in last year’s Festivali i Këngës with the song Të ndjej, is rumoured to make a return this year.

Which artist would like to see singing for Albania in Stockholm? Stay tuned for our Albanian wishlist, which is coming soon. 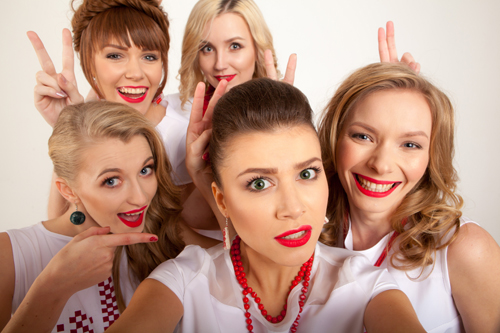 Belarus: Should BTRC finally send a song in Belarusian? Poll: Who should sing for Russia at Junior Eurovision 2015?

Someone please enter something modern! FiK songs are usually outdated.

If I wanted to see a returning artist, I’d like it to be Kejsi Tola, Hersi with some opera (she is REALLY good) or Elhaida Dani, but with a song more suited to her vocal range.

I would like to see the following artists in Eurovision for Albania: • Elvana Gjata (she’d get a lot of votes from the Balkans) • Dafina Zeqiri (she’d get a lot of attention in Sweden as she was born there) • Era Istrefi/Nora Istrefi (both are really popular now) • Besa (she’s released many songs in the Balkans and Romania) • Noizy (he could bring something different despite his speciality being hip-hop) • Flori Mumajesi (he produces killer songs in Albania) • Vedat Ademi (his alternative/rock style is something different) • Ardit Cuni (he is very popular now) • Lindita… Read more »

This year I found out about Ardit that released “Let’s Go” in Sweden after i shazamed it and I was like why dont Albana send him to ESC , he such a talented guy and also handsome which could help to get more points

Sweden would like to see Ardit Cuni representing Albania this year , since he collaborated with the same producer as Euphoria’s.. Maybe that wold be lucky for Albania …
Lycka till

i would like to see venera lumani represent them. i loved dua te jetoj <3

I would really like to see Kejsi Tola again in Eurovision.

I was really expecting for Albania to confirm their participation for Sweden’s Vision..
( Would be surprising the fact if the albanians would possibly withdraw..)

These news is FANTASTIC only i hope that they choose the best song.
But the dates of accepting songs is changed to 12 and 13 October.Good luck Albania!

Thank god! I hope they at least send someone who can sing this year.

Could someone please tell me with RSPV means?

Noooooooo – they shouldn’t use FIK – Elhaida Dani’s entry was amazing but badly performed. They should just use FIK for the singer or just hold the selection on that Kenga Majike show that’s much more modern. It doesn’t look like a final for Albania