Less than 24 hours after confirming their intent to participate in Eurovision 2016, Montenegro have tonight revealed details of the act which will represent them in Stockholm. After two years of male soloists, RTCG have opted for a three-piece boyband – Highway.

The group were put forward by a special committee made up of music industry figures, and received unanimous approval from the broadcaster’s board. They are Montenegro’s seventh Eurovision act since the country gained independence, and head to Sweden with high expectations following Knez’ 13th place finish in 2015. As of yet, no details regarding the song have been released.

The trio consists of Peter Tosic, Marko Pesic and Luke Vojvodic. They come from the Podgorica area of Montenegro and rose to fame on the 2015 series of The X Factor Adria. Mentored by the Croation singer Tonci Huljic, they made it all the way to week 6, finishing fourth overall.

What do y’all think of the news? One person who won’t be happy is poor Vasilije Ojdanic. Y’all may remember that he managed to fool a considerable portion of the euro-sphere into believing he was in fact the chosen one.

Highway are only the second act confirmed for Stockholm. They will join Douwe Bob, who was selected for the Netherlands last week. 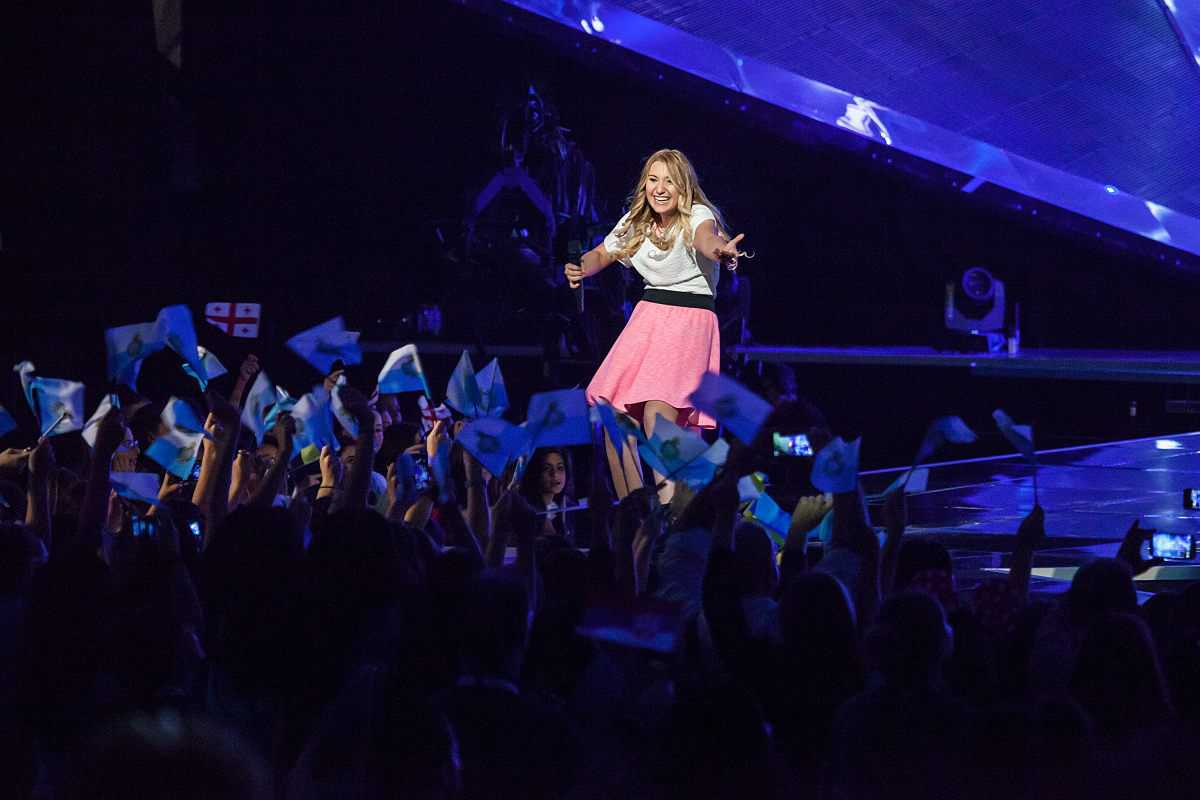 They promise easy cash in a short duration of time. If one’s budget is very tight and they need to go it alone then my advice would be to spend some money in advance to
get some good advice from one of the many solid SEO’s who will be
happy to do site audits and make sure that you’ve built in a set of hours
for them to proof your work. If we check the Latest
Netbooks Reviews, we can see modern netbooks can use 3G Sim in it and access Internet where
ever 3G network is available.

Sell to a broader market is much more difficult than it is
to focus on marketing to a more concentrated market. This package
guarantees a positive impact on major search engines and a boost in your website’s
rankings. Unlock More Leads, Adsense Revenue, Sales & Commissions
Than You Ever Thought Possible (All On Autopilot):.

we all remember the last time Montenegro went Trio (2005) it did bid well and the song was forgotten nobody remembers the band now.Highway will be forgotten easily. X Factor Adria contestants clearly haven’t done well at ESC the result of poor Daniel Kajomoski was disappointing the mistake was making him sing in English. the thing with ESC from the Balkans is its better for them to sing in their national dialects as they struggle more singing in english( rare cases where English may be effective in the case of croatia in the contest as they have not being successful… Read more »

@esc1234: You’re right…It is too early to judge. They might just hit us with something that falls somewhere between Knez and Il Volo. But again, if it’s anything like what’s in that video, they will find themselves looking for another male singer capable of getting them to the final.

I just listened to the song in the videoclip; and I must say, unfortunately, that if the song they submit to the EBU is anything like this one, this will be a big step backwards for Montenegro. They had a good thing going, with their male singers (Sergej and Knez), songs with astounding climaxes, and videos with the Montenegrin landscape and scenery on display; but this, I’m afraid, is going to kill all that momentum they built up over the last 2 seasons. They’d better have a song worthy of the last 2 entries, or they will be going home… Read more »

It is band, they are men, it is rock! Great, we are very satisfied! Many countries understand now, that variety is important, you must be unique, different, original. Solo female singers are out, 50% of them didnt go through semi this year, 50% of female finalists was in 2nd half of final results. They have average performances, songs and nobody can make differences between them. First two acts for Stockholm sounds very promising!

The video isn’t all that impressive, but if they have a great song I’d support them. Maybe they could send a song in a similar style as “Zauvijek moja” which is my favourite song from ex-Yugoslavia. As it seems many countries will be in Stockholm, and Highway doesn’t seem that impressive right now, Montenegro could be in trouble.

Very conventional choice. Without a great song there will be no points except from Serbia, Macedonia and Albania.

Knez ignited a fire this year and the whole arena was clapping according to the rhythm of his fierce beat. Can Highway to it again?

I agree, Comi. I didn’t like him being selected, but I ended up loving his song and it came alive on stage. Well deserved best result. 🙂

When Knez was announced last year, you guys reacted just the same
“He won’t make it to the final”
“I don’t like his sound”
“NOOO :(”
And look, he holds our best result so far! 😛 So don’t judge until they reveal song

Not liking this. It’s basically a guy that sounds a bit like the Czech bloke from last year with two backing singers playing guitars. I liked the direction they have gone in the past two years with Sergei and Knez (much to my surprise) so disappointed with this. However, the actual song could be great so who knows. The same type of singer/song would have got boring eventually anyway.

Padraig, it’s Croatian, not Croatoan. 😛 And Hulji? is more known for his composing skills (read – plagiarism).

@Azaad we already knew that. I don’t think they had ever confirmed their participation for 2016. Hopefully they do and realise, as well as others, that ‘Big 5’ is a much needed asset to the competition. 🙂

Not final for Montenegro. They try same as Macedonia this year, send singer who compete in X factor Adria, who have large base of teenage voters in competition who vote 20 times per one mobile .

BREAKING NEWS: TURKEY HAVE ACTUALLY YET TO DECIDE ON PARTICIPATION AND MAY NOT COMPETE

Thanks to Blaise for his information. 🙂
Corruption and nepotism are important, music becomes unimportant. Songs begin to sound the same.

Well ok…Whatever…That was really fast 4 them to already announce their chosen act 4 the Vision of Stockholm though…No one expect that of course…Since their whole participation in the 61st contest was on the air & uncertain now we even know their representative act so much early..

@Blaise
That’s the only reason they were chosen.

They need to keep on performing songs that are not dull to fans so that their initial idea of seeing this performance as dull won’t get stuck to their mind until next year. That is if this website can publish them from time to time too, just so they can appear likeable.

Do you guys think it’s weird that one of these guys is a son of a RTCG General Director?
P.S. One of their 2014 JESC representatives is a daughter of Montenegrin Head of Delegation.

So we now have the genders of seven acts:

anyways, I predict something incredibly boring loaded with Balkan kitsch, but it’s not a novelty act–so kudos to Montenegro!
and they’re not bad, listening to their music has been a breath of fresh air after the scores of badly-sung Swiss potential entries so far

Could be worse. They could be using “all y’all”.

Just last night they had left a preliminary participation? Interesting
Hopefully they’ll be better than the clip above. Cause that’s only semi-final material.
Solid sound but not much else. Probably only interesting for people from the region.

I thought Montenegro had two strong performances over the past two years and had really found an identity. Theirs was the entry I was most looking forward to. To say I am disappointed is an understatement…

Well.. they got far in X Factor Adria, they must be good somehow.. But the song featured in this post was just awful I have to be honest. The song just never went anywhere, it sounded a bit old and the vocals were extremely weak. If they send a song like this it would probably be around the 40 region. I think it’s way too early to start announcing songs or/and performers because it’s only just become October. There are 224 days until Eurovision (which I suppose gives them a lot of time to practise) and the broadcasters could have… Read more »

Early to judge,but this looks semi final material only…

I must say, it is very annoying how you Keep forcing the word y’all into all your articles like thAt, it’s sloppy writing- give it a rest!

The bass player in that video is pretty cool. That’s about it.

It’s not all too surprising they have announced this soon because they did so last year. So I was expecting an artist for Montenegro soon, however I doubt a song will released soon. In fact, I think Montenegro will be one of the last to have their song revealed, much like last year as well.

They look quite good. I look forward to seeing what song they bring.

Well we can’t judge them too much yet, I hold out good hope that Montenegro will be another sleeper hit. Like Cyprus and Montenegro in 2015. But its too early to tell, but im looking foreward to it.

Maybe this was obvious, but I’m a little bit sad that they don’t continue their big Balkan Ballad style of the last two years. But it had to end one year, at least for bringing a bit of variety to their output. The video, nevertheless, sounds a little too much like old Mid-2000s Boygroup Schmonz – maybe like “Lorraine” by Kaffe (BUL 2005). But if they get a good, worthy song, it could work and be more like their own predecessors from Montenegro – No Name… We will see.

By no means is the lead singer a strong vocalist. I feel it’s a let down because Montenegro was improving the last few years but I guess we shouldn’t hold much judgment before they reveal their song.

It’s a boyband. It’s a XFactor product. It’s a fail.

Oh, maybe I’m too soon on judging, but Elhaida won The Voice in Italy but she made a tragedy on stage in Vienna, more or less because of her voice skills or the lack there of. But, let’s see what they’ll (Montenegro) offer later on. 🙂

I’m not convinced. Vocals are weak, and the instrumental skills are very basic. I think we’ll be saying good bye to these in the semi!
In a brighter note, NO VASILIJE! 😀

Mh… I hope they wom’t release the song early… I don’t know, but I have the impression that the latter songs to be released are the ones that do best at ESC…

Well, let’s push to the side that they are the boyband:
They ARE talented
I’m sure that with right song we can make it to the top 10 🙂

I hope they sing a mixture of Montenegrin and English language. But that’s just me.

That is actually awesome and totally unexpected and fun!! A boyband, sounds really cool!!!!