Cover versions don’t come much better than this. Greek singer and all round stunner Eleni Foureira first presented us with her take on “Golden Boy” at the MAD VMAs in July. Back then we described her performance of Nadav Guedj’s Eurovision hit as “undeniably the best moment” of the night. Our taste buds were tickled and we were hungry for more.

After a three month wait, the 2010 Greek national finalist has released the official music video to accompany her interpretation. Sadly, it’s not filled with sun kissed golden boys as Eleni’s decided to mix things up slightly, reworking lyrics and renaming it “Sto Theo Me Paei” (It Takes Me To God). That’s not to say the video is lacking in sex appeal, it’s positively overflowing in the stuff!

Stepping into the well-worn heels of Kalomira and Eleftheria Eleftheriou, Eleni injects 2015 with some much needed Greco-glam, something which Maria-Elena’s wailings failed to do in Vienna. Sporting the latest in urban chic, Foureira pounds the streets with her dance crew in tow. Slick choreography and sick beats – “Sto Theo Me Paei” stomps some sass into the fading remnants of summer, and we give thanks! Praise be to Zeus!

Now all we need is an epic dance off between the Israeli golden boys and Greek glamour-pusses, while Guedj and Foureira sing-off ala Lorak and Gagarina. Our senses are ready to be bombarded! 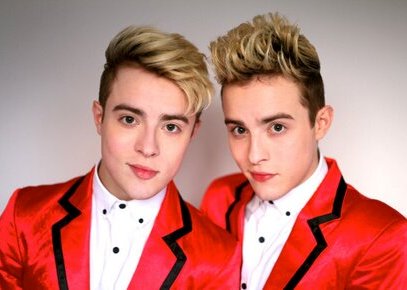 Movin’ on up: Italy migrates Eurovision to main channel RAI 1

I’m so happy with what happened with Golden Boy. Such a success, it won “Song of the year” in Israel and managed to gain some international success… After years of disappointments finally an Israeli song does so well. Considering the 3rd place at the Semi I even think that with a better placing in the running order at the final it could scratch top5. Beyond all expectations. I actually like Eleni’s cover and love the fact that the song gained popularity in the motherland of ethno-pop. I really hope Israel continues the lucky strike next year.

@ I was just only honest here dude…She is not even a real star 4 the sake..
She just got popular & thats all…She is not really big name…You might be fan of hers but she is not like others real stars..
Look at Angela’s comment…She described it perfectly about her..
This singer got famous just only because of pure luck…Like Kim Kardashian 4 example..
With the same sceptic then its like stating that Katerina Stikoudi too is a super star…Please give me a break..

I couldn’t agree more with Mario and Angela. Foureira is definitely overrated but her competition is so disgusting(see Paola) that she seems talented. I mean I have never heard her sing live and to be honest I’m not sure if I or anyone else whould like to do so. So esc1234 chill out. It’s not like we offended Celine.

Mario i would love to tell u some really nice words in greek but i am not. Stop throwing shade and Go fing A hot babY but i hope is older than 18 hahaha

really? first of all the lyrics of the Greek version are beyond awful. secondly she is just a mediocre singer. She gained popularity only from the fuct that she is dancing. I really hope she won’t represent Greece cause we will fail even worse.

She is not super star of course…She is just really known popular & one of the most trendings female singers of the bunch…She doesn’t stand out as wow really special artist…But at least she is preferred than numerous other lame,trashy unlikable singers..
A singer like her would never gain this much popularity before the downfall era of my country Greece..
She doesn’t have that special something to be a super star..

She is a super star, and one of the few people that can bring a very good result for greece! The remix is playing literally everywhere

I thought that was Elhaida.

I didn’t realize she “came out” as Albanian. Up to now, we were told she was half-Greek with a Portuguese mother.

Regardless, she’s quite talented, and she’d do a pretty good job for Greece at Eurovision. A song like “Ladies Stand Up” could have made top 10 this year, or at least do better than 19th place.

Well, Eleni must have an interest in Eurovision to have took her own take on the song.

This singer is albanian but until recently she was kept hidding & did not desire to reveal her true originality & the truth about her real roots being not from Greece although people were suspecting that she comes from Albania…She feared that this would hurt her public image & popularity…It was not big deal 4 her now that she already has got famous though..
So technically if she wants,she is eligible to represent both Albania & Greece..
Like Tamta..{Greece/Georgia}

Oh her… She was hyped to represent us in Vision the latest years…Most maybe she will the followings years to come…Although personally im not fan of hers though…
She seems so wannabe & pretentious to me…Typical attitude 4 our female singers here in Greece..

Remember when Greece sent fun, ethno pop dance songs and always did well at Eurovision? What happened to that?!?