Måns Zelmerlöw is in the middle of his successful European tour and recently played a show in the Czech Republic. Wiwiblogger Mikhail caught up with him before the Prague gig and got the lowdown on life on the road, future recording plans and missing Messi.

This isn’t the first time Måns has been to Prague. He explained that when he was 18, he ran a business specialising in trips to Prague, so he’d used his spare time to revisit some of his old haunts.

Måns described the Heroes tour as “incredible”. The big difference between Swedish audiences and European audiences – the crowds in Sweden just want the Melfest hits, while his international fans know and love all the songs, even singing along to obscure album tracks. Måns is loving life on the road, but he misses his dog Messi. His beloved chocolate Labrador Retriever is back in Sweden with friends but Måns receives regular reports.

And if touring wasn’t enough, Måns has also been busy writing. He has plans for a new EP to be released in the spring (tying in nicely with Eurovision 2016, of course) and there might be another single released from Perfectly Damaged.

It also looks like Måns has plans for a Melodifestivalen return – but this time as a songwriter. He’s submitted two songs, performed by other artists, to be considered for #Melfest2016 (fast-forward to 11:11 in the video). Can he do a Johnny Logan and win Eurovision as both a performer and a songwriter?

Måns also spoke about his song “Perfectly Damaged”. It didn’t make the album which shares its name, but he said he was thinking of performing it live for the first time at the Prague show. Did he do it? Stay tuned to find out!

Update after the concert: He did! Below we present the first live performance of “Perfectly Damaged”! 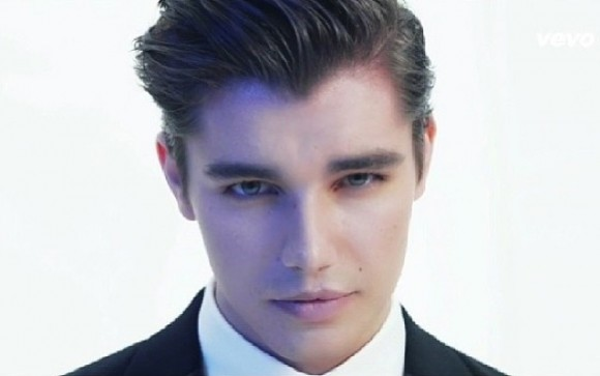 I do think the juries may have helped Sweden unfairly this year, if they are actually instructed to vote on staging in addition to the actual song – and who could blame them? Sweden did have the best staging, so they were only doing what they were told.

I hope one of mans songs will win melfest and eurovision make him more successful.

And here we go again …. the whole anti-Sweden vibe from so many fans is always spinning around every time Mans is centre stage on any article … Yet … no one, absolutely no one has ever explained to me why Heroes (the so called copy-pasted version of Guetta’s Lovers In The Sun) has managed to sell many singles all over Europe almost reaching the UK top ten instead of the so paranoid obsessive-compulsive passion for the televoting massive winner Un Grand Amore from Il Volo (the so called copy pasted imitation of the already existing Il Divo with the… Read more »

Can’t wait to yet again read all the lovely not at all “repeating as a broken record” comments about jury vs voters, and how one or both either must be abolished or kept but with changes, and how Sweden owns everything or think they does.
Keep it up guys! It’s only been 5 months since ESC was broadcast. Nothing new has happened since then!