From 2009 until 2014, Latvia failed to qualify for the grand final of Eurovision every single year  — finishing slap-bang last on three occasions. But in 2015, a revamped national selection brought us the mesmerising Aminata Savadogo, who ultimately finished in sixth place in the finale — their best result in a decade. She earned Latvia eighty points more than their past six attempts combined and served up some Burkina Faso realness in the process. Now that the submission period for Supernova has officially opened, who can follow in Aminata’s footsteps to bring Latvia another result to make them proud? Here are 10 choices that we’ve come up with.

Singer, songwriter, television host, dancer, artist, poet, thespian, actor and multilinguist – and that’s just the start of it. Lauris Reiniks has released 18 solo albums and recorded in over forty different languages over his career. He actually represented Latvia in Eurovision 2003 as part of the trio, F.L.Y., achieving a well-deserved 24th place (if you’re feeling brave, remind yourself here). He has entered the national selection on numerous occasions since, most recently in 2011 where he finished second with the catchy, folky number “Banjo Laura.” His music screams Eurovision, and he’s clearly hungry for it too. Let’s give him a taste.

Now this is one to get people talking. Viktorija Moskalova – AKA Viktoria Modesta – moved from Latvia to the UK at the age of twelve and began modelling three years later. After a lifetime of issues with her left leg, she decided to have her leg amputated in 2007, forcing her to drastically change her image. But Modesta didn’t crawl into a hole and hide herself from the world. Instead she decided to own it, flaunting her prosthetics as boldly as she can. She’s now making music and it’s exciting stuff. I don’t know about you, but I’d choose this to make a statement over Monika Kuszynska or PKN any day.

Another attractive option for Latvia is Kaspars Dvinskis – or as he’s better known, DJ Dween. His genre is dance music, of which he is the Latvian king. He’s had many a hit in his home-country, teaming up with local singers and spurring out banger after banger. Dziesma fans will remember his epic entry with Olga & Ligo in 2014, “Saule Riet” which reached the final, but victory was stolen by a group of batty baking fanatics. If you don’t succeed at first Dween, try, try again.

Say hello to Jenny May, Latvia’s pop princess. Singing in English, Latvian and Spanish, her music is playful pop – often with a Baltic or Latin twist. She released her debut album in 2005 and competed in the Latvian national final in 2006 with the teen-rock song “I’m Alone,” placing third. After a year of drowning in drab ballads, this would be the girl to bring the big POP back to Eurovision. It should be noted that the lyrics for the song below were penned by no other than Eurovision veteran Charlie Mason… coincidence?

In 2009 the indie duo, Instrumenti, was born on the streets of Riga to parents Shipsi (Janis Sipkevics) and Reynsi (Reinis Sejans). Creating haunting, delicate music, the band has received international recognition, playing in festivals all over Europe. Last year they released their most recent album, ‘Iekams,’ and are now ready to get back recording. This kind of music has never properly been tried at Eurovision, but after this year’s risk earnt Latvia their best result in a decade, what’s there to lose?

Any true Eurofans will recognise this name. Samanta Tina competed in the Latvian national finals in 2012, 2013 and 2014, finishing third once and second on two occasions. She was especially close to victory in 2013, when her mystical power-ballad “I Need a Hero” fell just 69 televotes short of a win (I will never forgive those 69 people…). In 2015 she decided to give Supernova a miss, and instead entered the Lithuanian version of The Voice. Wowing the judges week after week with her insanely powerful vocals and electric stage presence, she just missed a place in the top 4 (…to THIS!?). After her adventure in Lithuania, it’s about time she got her ass back to her homeland and finally wins the darn thing! Just watch this…

Who said no life after Eurovision? In 2011, Musiqq from Latvia bombed out of the second semi-final when their “Angel in Disguise” was a bit too disguised. Nevertheless, the duo are still going stronger than ever, and have even formed a joke band, Bermudu Divsturis. This new band is just as successful, if not more, than the original duo, racking up millions of views on Youtube. Ridiculous tongue-in-cheek lyrics sung to a dirty dance beat or a catchy saxophone riff; it’s a recipe for Eurovision greatness. I say they’re welcome back any day.

If I could place my bet on anybody representing the republic in 2016, it would be this guy. Popular model and singer in Latvia, Markus Riva, has entered the Latvian national final on the past two occasions – in 2014 he reached the final with the pop number “Lights On,” and this year came a close second to Aminata with his feisty ballad “Take Me Down”. He’s since stayed very active on the music scene and has become especially popular with the large Russian population in Latvia, to which he belongs. He’s got the looks. He’s got the voice. Now all he needs is the songwriter…

The Eurovision successes of 2012 and 2013 tell us to send mystical, earth-loving girl dancing around in a floaty dress. Well Latvia’s answer to this description is Alise Ketnere, AKA Fox Lima. Some may remember her from the 2013 Latvian national final where she went all Hindu on us with the enigmatic “Tirpini”. Lima claims that her influences “stem from her family of radio engineers and father who was an inventor of electronic tools that synthesized a variety of sounds.” This is just the kind of ridiculous hippie garbage Loreen comes out with… I think we’ve struck gold!

And from foxes to beavers, our final pick is Supernova’s infamous Rigas bebrs. Last year we all fell in love with the cuddliest, sassiest (and probably largest) Beaver in the whole of Latvia. Sadly, he failed pass the auditions stage of Supernova 2015, but the judges loved him so much that he was invited to come back as the contest’s cheerleader, providing us with entertainment of only the highest standard. He raps. He dances. And oh my does he sing. Fans have even campaigned to make this triple-threat a symbol of European culture! Now tell me, how could you say no to a face like that? Okay, this is a bit of a joke. I just miss him!!! </3

WHO DO YOU WANT?

So what do you think? Who is Latvia’s best chance for Eurovision gold? You can vote for as many acts as you’d like, but you can only vote one time – so make it count! You can also write in the name of another artist if we left them out. Eurovision charades (Episode 7): Can you guess the song and artist? 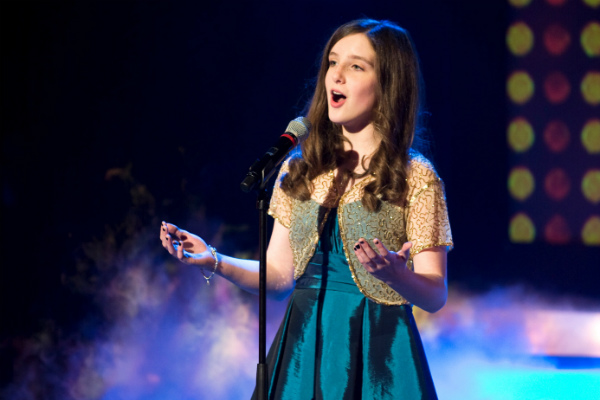 Viktoria Modesta would be amazing, but I doubt she would even enter after such big success in UK. What I want – Triana Park for sure. And guess what – there are rumours that they will enter Supernova with their new single “Laika Dziesmi?a” (search on youtube or soundcloud) and this song is pretty good. What else…. Carnival Youth wouldn’t be bad choice. You can already find 40 out of 120 songs on soundcloud (search ‘SupernovaLTV’), but out of these, I think, only one has some chance to be chosen and it’s I SMILE (artist will be revealed later). 20… Read more »

DJ DWEEN is not even a DJ. The main part of dance music lovers hate this country side joke guy in Latvia. Insanity….

1. Lauris Reiniks – maybe yes , maybe no 2.Viktoria Modesta- i dont think so 3.DJ Dween – yaas , i love him every latvian love but i don’t know about europeans so… 4. Jenny May – nop , too sweet for me 5.Intrtumenti- totaly yes for me ! 6.Samanta Tina – i would love to see her again . That powerfull voice 7.Bermudu Divst?ris – i dont like them. Only badboys like Bermudu songs 8.Markus Riva- yes , i love him . Last year’s song was good too 9.Fox Lima – why not . 10. Riga Beaver – memories… Read more »

I am certain that none of these artists will represent LAT. Most of them will not compete. There will be new names for sure. If Markus does, he will not win, he is not a popular choice amoung Latvians.

The only footsteps that Markus Riva can follow are those of Eric Saade, Tim Schou and N’Evergreen as self-indulged d*cks

My vote for Markus Riva. He is the best!

Markus! Markus Riva, he is so beautiful,sexy and talented!

My voice go to Markus Riva. He has got amazing voice. I think,he is the best ?

Only MARKUS RIVA! He is great:))

VIKTORIA MODESTO IS UNIQUE A WINNER SURE

You forgot to mention that Instrumenti were part of Vocal Group Cosmos that represented Latvia in 2006! I’d love to see them on the eurovision stage, but from watching their live performances they’ll need to find a way to connect with the audience at home as well as in the arena.

I’m surprised NIKO isn’t on this list; I thought his most recent attempt was really good!

Markus Riva is and will be well-liked by Eastern Europeans. I just don’t know about the fans’ reaction about his music style.

Samantha and Markus should enter as a duo! #powerhouse

Some rock and indie, I hope for!

I really liked olga & ligo, would love to see them back!

Markus Riva is the best!