Several months after Eurovision, Nina Sublatti — your favourite Georgian “Warrior” — continues to slay her way through the international music scene. Over the summer she released the song “Locked Box“. And now she has followed that up with the release of “Heart Won’t Suck It”.

It’s not sucking, but it sure is looping in our head. The combination of techno rhythm, Nina’s powerful voice and some fierce lyrics make this a memorable track. And while the mood is edgy and dark and flashes back to her stage performance in Vienna, this is not simply more of the same. Nina’s sound continues to evolve. “Heart Won’t Suck It” is a staggering six and a half minutes of easy listening laced with a bit of lounge and trance. Thankfully it’s six and a half minutes well spent as the Georgian glamazon delivers Gothic other-worldly realness! As so many other artists churn out generic, disposable pop, Nina gives everything her unique signature. This is how you do it!

At Eurovision 2015, Nina Sublatti took Georgia back to the Grand Final and recorded an impressive 11th place result. She helped Georgia finish ahead of both of its Caucasus neighbours Armenia and Azerbaijan for the first time in the country’s history.

What do you think of “Heart Won’t Suck It”? Does the Warrior continue to slay? 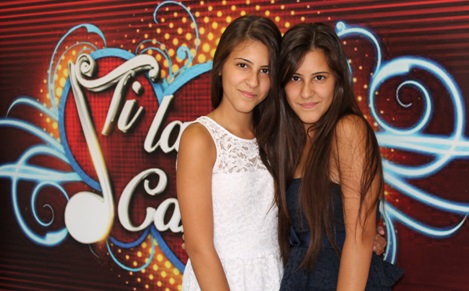 “Eurovision is a symbol of love, peace and freedom for me” – Georgia’s Tornike Kipiani discusses the contest and his entry “You”

Has such a great sound. Definitely my sort of thing!

Amazing song, it has fantastic atmosphere.

She was the best finalist of ESC 2015 and she deserved to win, but …