Two weeks after Ace Wilder, Oscar Zia and Lisa Ajax were reported to be participating in Melodifestivalen 2016, Swedish newspaper Aftonbladet is reporting that Samir & Viktor will also be returning to Melodifestivalen next year – and with a song by a Melfest legend.

According to reports, Samir & Viktor will be entering with a song written by Melodifestivalen legend Fredrik Kempe. He’s the man behind dozens of Melfest and Eurovision hits, such as “Popular”, “Undo”, “Blame it on the Disco” and “Sting”. Fredrik has won Melfest four times, but he’s never won Eurovision. Can he do it with Samir & Viktor?

The duo were one of the break-out stars of Melodifestivalen 2015. Their song “Groupie” might have only placed eighth in the Melodifestivalen final, but it was a massive hit in Sweden, peaking at No.3 and spending 24 weeks in the chart. And it was responsible for introducing a new term to Melfest viewers in Sweden and around the world.

Samir & Viktor followed up “Groupie” with another hit single, “Saxof*ckingfone”, which reached No.2 in Sweden and No.10 in Norway. The duo might not have the strongest singing voices, but they can deliver fun and entertainment. It seems likely they’ll continue in that spirit, rather than tackling a Kempe ballad like “Undo”.

Details of the new logo for Melodifestivalen have been revealed. The old “shiny crown” design from 2011 has been replaced by this new, more minimalist design. There’s a lot wrapped up in the design. We’re seeing the crown, the letter M, a folded streamer, three or six people, and a rainbow.

Melfest project manager Anette Helenius explained to SVT that the logo had been changed because while the old logo looked good on television, it was harder to use in other forms. The new logo works well at different scales. And the change of logo for Melfest 2016 is part of the celebrations of the 15th anniversary of modern Melodifestivalen.

What do you think about Samir & Viktor returning to Melfest? Who else would you like to see take part in 2016? And what do you think of the new Melfest logo? Leave your thoughts below. 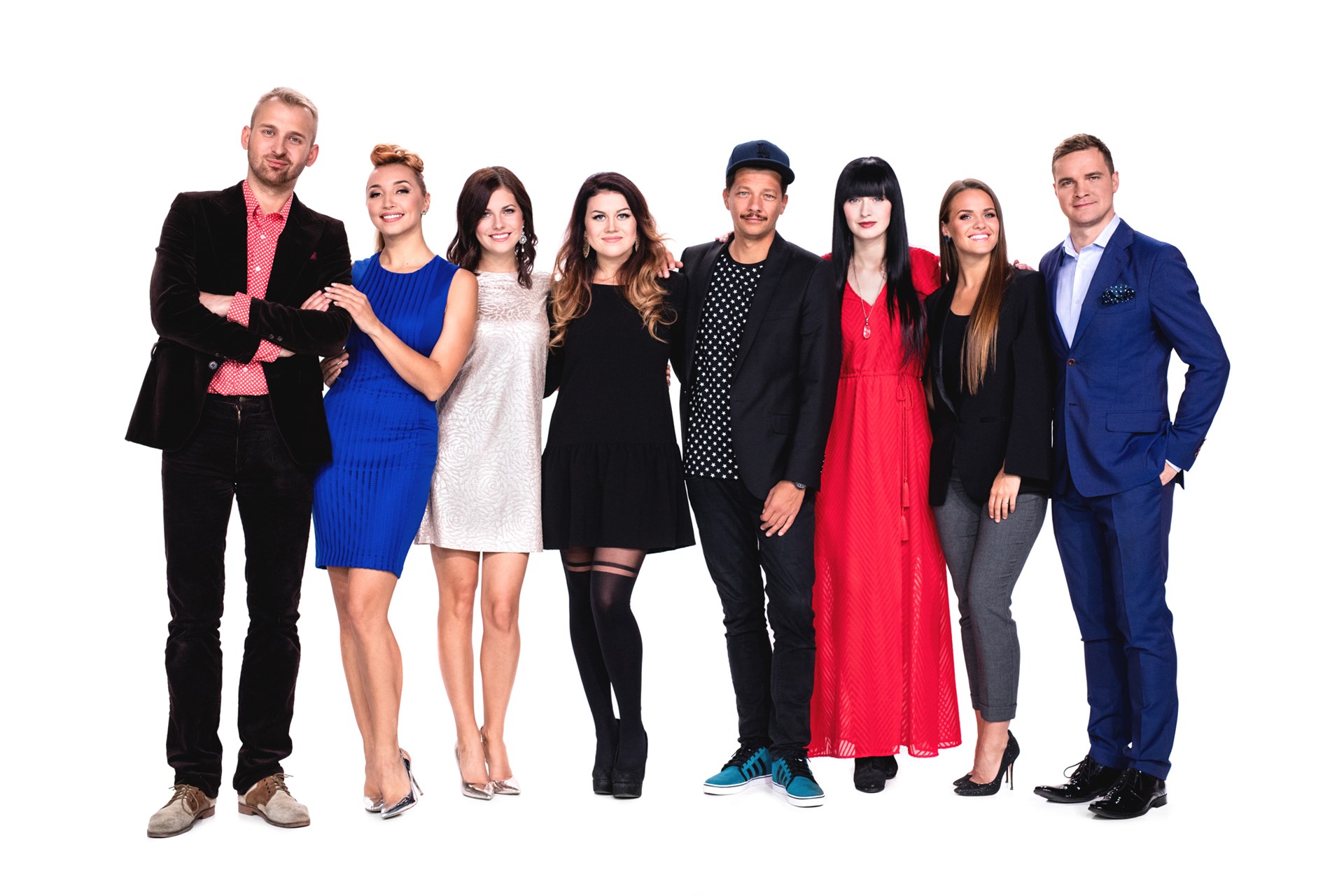 Poll: Who should return to Estonia’s Eesti Laul 2016?

It would be great to see Samir & Viktor representing Sweden with a summerhit like Saxofuckingfon.

Loving the new logo! A lot simpler but maintaining the feeling of the previous one.

Would love to see MPH, Mariette, Ace Wilder and Timoteij back, I hope most (if not all) of those rumors are true. Simon Peyron would be awesome as well, if he’s going to keep the same Outtrigger sound.

On the other hand, I can’t stand Samir & Viktor.

Unless their next song is a complete diversion from “Groupie”, they are not likely to win.

@Conor: If Dolly Style gets rid of the anime/manga hair and outfits, maybe they’ll stand a chance of just making it to the final.

Until I hear the presentations, my short money is likely to be on Ace Wilder and Zara Larsson.

Samir & Viktor would be a #Success to Sweden. With a good summerhit like Saxofuckingfon.

The new logo also could be Mans (Zelmerlöws). All the letters are kind of there.

Would love to see Molly Sandén back aswell 🙁

I would like to see Ola Svensson and David Lindgren back.

Hope the rumors about Mariette , Molly Petersson- Hammar (who has disgustingly underrated) and Dinah Nah are true, I enjoyed all of them last year.

@conor: Dolly Style? You might as well cut your ears off at this point…

Yeah!! I like them a lot. They are very welcome.

Hmm, not very interesting names I must say, only Gabriel Alares (writer of the Russian entries 2013 and 2015) and Ola Svensson makes me a little bit excited. Aftonbladet’s predictions are pretty accurate every year so I reckon almost all of these are true.