Anna Vissi — Greek recording artist and Eurovision 1980, 1982 and 2006 veteran — hasn’t been on our radar lately. But now she’s back with a new single and we are pleased to say she is here to stay! Writing on her official website, Anna says she is set to release a new album and the story begins with the release of her new single “Gia Sena”.

That means “for you”, and it’s definitely for us. In this single, Anna talks about her love for a man who has essentially destroyed her life. She fights demons inside her head long after he is gone, but ya know what? She is alive and she’s ready for revenge. If this is semi-autobiographical, dude better watch out… 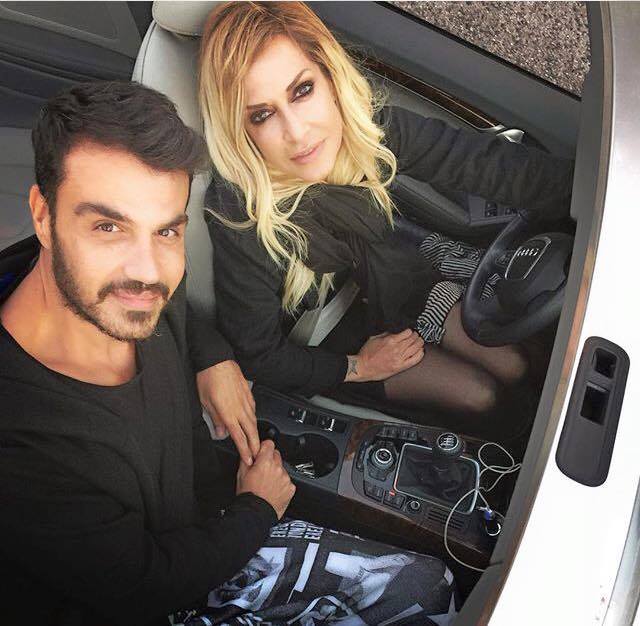 A photo from the music video shoot

The new song was written by Nikos Karvelas, Anna’s ex-husband and the man who wrote her 2006 Eurovision song, “Everything”. This single has been released by “Panik Records”, the record company behind Freaky Fortune.

So what do you think of Miss Vissi’s latest single? Does she still have it? Let us know in the comments box below! If Anna ever returned to Eurovision for a 4th time, she’d be the Eurovision Queen for sure. Also, think how awesome it would be for a 50+ year old grandmother to be in the contest and possibly make top 10.

Everything is one of my 5 favourite songs ever. Anna was a diva for me. I loved the song, the videoclip and the performance in eurovision. Best of luck to her in this new adventure from Spain!!!