The end is nigh! After four long weeks, the final of Junior Eurovision Eire is almost here. But first, we need to go over the result from tonight’s fourth heat, which saw Zena Donnelly take home the honours.

Eight talented youngsters took to the stage, but Zena Donnelly and Sophie Halligan were the two who impressed the judges most. Ultimately, the panel of Niamh Kavanagh, Brian Kennedy and Stiofán Ó Fearail opted to send Zena and her song “I d’Aonair” (Alone) to next week’s final. The 13 year old will sing it out with David Kennedy, Aimee Banks and Murieann Vaughan, but only one of them will become Ireland’s first ever Junior Eurovision representative in Sofia.

What did you think of tonight’s show? And which of the four do you think should sing for Ireland? Let us know below.

Cyprus: Will Minus One sing at Eurovision 2016? 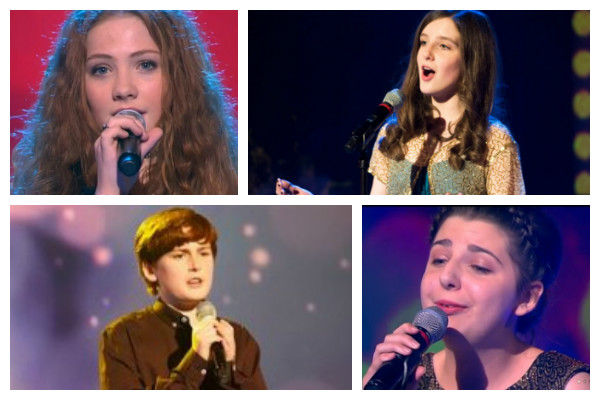 I think Aimee should win.

For me best choice for Ireland is David
1.David
2.Zena
3.Aimee
4.Murieann

A relative of mine has a friend that was at the final and I know who gets through….. He he

My favourite in the Irish final is….

When it comes down to it Amiee has the most “Irish” sounding song. Yes Zeba is more contemporary but I see them going more ‘Celtic Woman’ than another Molly Sterling. With a good revamp Amiee could potentially pack a big punch in the competition.

Agree, Eugene that Zena is the best singer in probably the entire competition (arguably the best song too).

Not sure if we can pay any attention to supposed spoilers. I could post a message here saying ‘so and so has won’ and nobody would be able to contradict me. Let’s wait and see how the final pans out.

I actually made an effort to watch the last heat tonight. The top two chosen by the panel were easily the best two but Zena and her song were head and shoulders above all the rest. Zena has an amazing voice, probably the best of the heat winners and I get the feeling this song barely tests what she can really do vocally. It’s actually a good song and it is easily the best of the four songs in the final. If Aimee HAS won, I can’t help but think that is a bit of a mistake but you never… Read more »

Zena is my favourite to win, but Ireland had so many opportunities to send an enen better song. If any of the other three win Ireland will be my 17th place.

Finally a decent song that has come out on top in the Irish selection!!

This is my favourite song out of the four but I wish they decided to add some English lyrics to the songs as personally I think that would have worked better -but I suppose it is the Irish speaking broadcaster. Overall Zena and Aimee have the best chance of doing well this year but neither are winning songs for me.

Don’t give away the ending Xoao.

Someone from inside the JESC told me that Aimee won the competition, but this one is nice too.

Zena had a great voice and a good song, but it was Sophie for me. I think they made the wrong decision. Sophie was the whole package, top 5 in JESC? In my opinion, yes. I really thought Sophie was going to go through…