This afternoon the Wiwi Jury — our in-house panel of music unprofessionals — took a trip to Podgorica to dance in the warm Balkan sunshine whilst sipping on sok od sipka with kisjela voda. After some shopping at Delta City we were exhausted so we decided to review Jana Mirkovic‘s Junior Eurovision 2015 track ‘Oluja’ (Storm). Did Jana’s song electrify us? Or was it more like a torturous electrocution? Read on to find out…

Robyn: While JESC 2015 is going to take place in wintery Sofia, there’ll be no shortage of summer warmth. Along with Mishela Rapo’s “Dumbaje”, Jana Mirkovic is taking us to warmer climes with her calypso-inspired song. “Oluja” has a chilled-out tropical groove, and is reminiscent of late ’80s Brit pop. Jana has a sweet voice and seems like she’ll deliver a good performance.

Mario: “Oluja” flashes back to Yugoslav pop music of 80s and 90s — and that ain’t a bad thing! Although the lyrics are a tad creepy for my taste, the musical background and overall arrangement take me to that happy place. Bring the guy in her video with her, fill the long instrumental break with some funky moves and you’re ready to go!

Angus: “Oluja” is bouncy, sunny and sweet — everything a song from southern Europe should be. Ballads have become a fixture of JESC, so tonnes of praise to Jana for breaking that mould and bringing something other than a Balkan ballad.

Deban: Jana takes the bouncy melody of “Oluja” and runs with it. The instrumentation is vintage, but her delivery is fresh. Remember Cooley High Harmony? This is the Montenegrin version.

Liam: Montenegro’s song will be a refreshing change from all the power ballads and emotional songs in this year’s contest. However, it falls flat because it is just too junior for a talent like Jana. I fear that other upbeat entries from Malta and Albania may overshadow it. But great work nonetheless! Rezo: In a field of relatively strong entries, standing out is very important. This fails to do that and will likely be forgotten during voting. I think Jana is a great artist, but the song just doesn’t catch my attention.

William: Give me three minutes of happy over a barrell of sad any day. Jana — a teen pop star in the making — breathes life into a contest full of emotional ballads. It’s a welcome change of pace. And now the bad news: despite a promising opening, the song loses steam about 90 seconds in. Not even Jana’s star quality can redress that.

Our jury consists of 21 people, but we only have room for 7 written reviews. Here are the remaining 14 scores. The highest and lowest scores are dropped prior to calculating the average score. This is to remove outliers and reduce potential bias. We have removed a low of 5 and a high of 8. 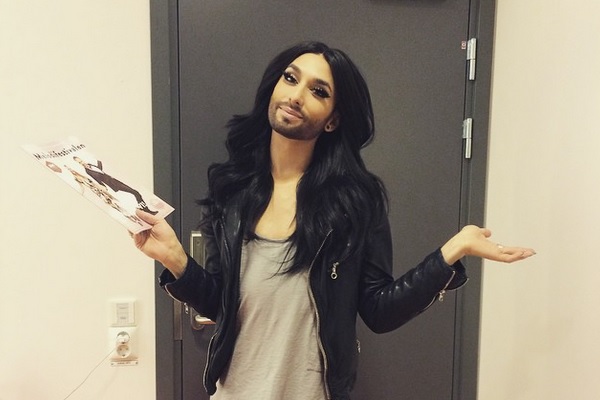 Even if her song didn’t get a good score from the jury, she has the prettiest face in the contest.

ugh just as soon as we get rid of mario, we get NF contestants pandering here for votes….get out Vasilije (also why not sing in Italian, German or Swiss)

LOL, Vasilije is so pathetic 😀
And about the song, I like it, and hopefully Jana will make us(Montenegrians) proud! 🙂

Thank you for reviewing my song. Your comments are great and help me get better!

Now, I invite you to vote for my colleague and best friend Vasilije Ojdani? to represent Switzerland at ESC 2016. I asked Vasilije if he will come and he agreed to travel with me to Bulgaria. See you there.

Now, hurry up, and give him your 4 votes at http://esc.srf.ch/en-ch/vasilije-ojdanic-0

*** Do not forget to enter your phone number to receive confirmation code. ***