Moldovan entertainment news outlet kankan.md has revealed that, in the first month since the submissions window was opened, no artists have submitted any songs for Moldova’s national selection O melodie pentru Europa 2016. However, the organisers are not worried, citing previous years as examples where it received a flood of last-minute entries.

According to the same source, Leonid Melnic, head of Eurovision Moldova Organising Committee, many artists have shown an interest in the process since the bid for submissions was opened on 13 October, even if they haven’t submitted. He expects that most artists will apply in the last two days, as was the case in the past. Indeed, in 2014 only two songs were submitted in the first three weeks, with the vast majority of the 57 candidates filing their entries in the last two days. Last year the number of submissions was 68.

Not even Sasha Bognibov, who was the first to announce his participation in O melodie pentru Europa 2016, has submitted. This is despite telling wiwibloggs that he will submit his song “Alone” this week.

Diana Brescan, another national selection veteran, is also expected to enter her new three-minute song “For You”.

Another national selection finalist, Lidia Isac, will be entering the song “Citizens of the World”, a collaboration with American singer David Westerhout, provided she doesn’t go further in the Swiss selection, with the same song. You can listen to it here.

Fan favourite Doinita Gherman has also announced in a TV interview that she will try again to represent Moldova at the Eurovision Song Contest. This time she will collaborate with a foreign label with a yet unnamed song that was written specifically for Eurovision. Doinita said that, although the song did not originally sound Moldovan, the producers were happy to add national folkloric elements to it, to suit the singer’s style. Here she is performing in Moldova’s final 2015 with “O inima fierbinte”:

A new singer, Sandy C, will also throw her hat in the national selection ring. Her song “Weak For Your Love” was reportedly written by Theory, the American producer who also worked with Romanian stars Inna and Antonia, and also Shaggy.

Moldovan artists still have three weeks to submit their songs. Unlike last year when Eduard Romanyuta won with “I Want Your Love” but failed to advance from the semi-final in Vienna, foreign arists are only allowed as part of duos or bands, while there is no restriction for songwriting teams. The deadline for entries is 7 December. On 10 December, an internal jury will select up to 50 songs for a live performance round, to be held on 19 December. The top 24 songs will make it through to the two semi-finals, to be held on 23 and 25 February 2016. The top 7 acts from each heat will advance to the final as a result of a jury-televote split. The public will have the chance to “save” an eighth act, meaning that 16 will compete in the final on 27 February.

Which Moldovan artists would you like to see in the national selection? Junior Eurovision 2015: Behind the scenes in the press centre 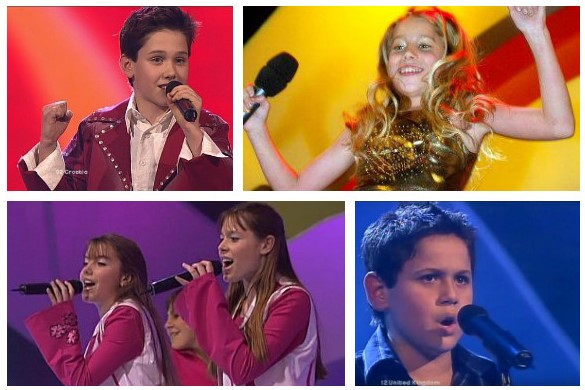 Junior Eurovision 2003: Where are they now?

This has apparently been confirmed as a hoax, as the production company Sweden Songs advised they have submitted four songs, one for NF regular Dana Markitan. Also a couple of other Moldovan artists have advised they have actually submitted songs. It may still be a low number, but “zero” songs submitted is a false hoax.

I guess Moldovian Artist just know that the resuts shall be rigged again.

And anyway Moldova has lots its Eurovision Mojo since before 2014 they only ever missed 1 final and now they’ve missed the last 2.

Maybe they should change the way they select their entries it looked like last year they paid more than previous years with the bigger LED backed stage.

Kitty bucknell should have won last year but with Yearning.

Then why do they have such a long timespan for entering songs? The same happens in the Swiss selection. One week would be more than enough…