Austria wants to rise like a phoenix. Broadcaster ORF hopes to move forward from the infamous nul points on home ground in Vienna. On November 17 it announced the rules for its national final for Eurovision 2016: Wer singt für Österreich?

The open call for songs, which is already running, closes on December 11th. Musician and producer Eberhard Forcher will be in charge of selecting nine out of ten hopefuls to compete in the Austrian national final, which will take place in Vienna on February 12th. But what about the tenth candidate? Here’s the novelty of the Austrian format, y’all: Facebook (uh-oh-uh-oh) will decide!

Forcher, together with a panel of musical experts, will select a bunch of candidates that will be published in mid-December on the official ORF Eurovision page on Facebook. The most liked act will then get a wildcard to join the remaining 9 finalists at the national final in February, where the Austrian representative for Stockholm will be chosen by a mix of televoting and jury.

After Conchita Wurst stormed to victory in Copenhagen in 2014, Austria hosted the diamond jubilee of Eurovision in classy Vienna, where The Makemakes met their demise sharing an all-germanophone nul points with Germany’s Ann Sophie, despite a charismatic performance of their entry “I Am Yours” that set the piano and the Wiener Stadthalle on fire. It was the very first time a host nation got the wooden spoon at Eurovision. Can Austria go from zeros to heroes in Stockholm? 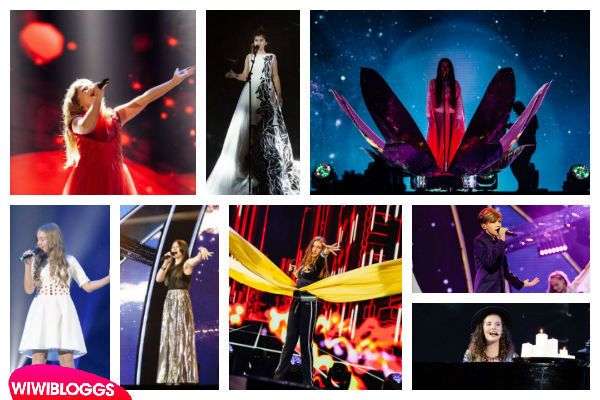 Poll: Who should Australia send to Eurovision 2016?

Breaking News:
According to some unofficial sources our beloved Opera Diva Montserrat Caballe’ (age 82) is considered for Austra’s next ESC 2016 entry in Stockholm. She will be accompanied by five members of Vienna’s Boys Choir.

From my point of view, if this story comes true, Austria will be 100% a sure winner! Even in my most wishful thinkings I can’t believe this, but it would be very nice.

AS ALWAYS AT YOUR ESC SERVICE
br. LEO ESC – AUT

@Österrike: D’OH! My bad. I THOUGHT I saw someone mention Stefanie as a possible AUT entry, and got things mixed up. I had her on my SWI list as well, Obviously I got myself lost after she didn’t submit a video to SRF.ch.

Alf Poier is a good example of how ORF is messing up its own national contest. He won the NF 2005 in a landslide over global.kryner, but ORF did not want to send an politically incorrect message to Kyiv so they changed the voting. Alf Poier might have won the contest in 2005 with “Good old Europe is dying”, since it was a televote only contest and his song would have polarized the audience to an extent that could have easily given him the victory.

Austria needs to bring the comedy factor. Austria should send Alf Poier again, that would be funny!

Hey, why was my comment awaiting moderation deleted? There was nothing wrong with that! It was just elaborate and long….

Why has it been censored?!? Je suis Charlie, I want my comment back!

@Österrike: From the moment that song was introduced, to the minute after the Grand Final performance in Vienna, I had the Makemakes’ “I Am Yours” for 11th throughout. You’re probably right; the Makemakes would have scored good points, probably a top-10 spot, if they had sung for Sweden or Russia.

Long shot though this may be (and I do mean long shot), right now I can only think of 2 who might get some points for Austria: Christina Stürmer and Stefanie Heinzmann.

None of Austrian neighbours, with the exception of Italy, is known for good scores neither. Neither are the countries west of it. It is also a political thing.

Russia or Sweden would have made at least 100 points with the Makemakes.

Lets be honest here, every country producing Conchita Wurst would have won. Austria, Belgium, heck I bet even San Marino would have made a good shot if they had send Conchita with RLAP. Örf is not really doing great at ESC and their homefield entry of this year proved that. It can’t get more embarresing then what happened this year lol. Lets hope we wont return to Austria for a while until ORF gets their game on.

Let’s be real here: ORF and Austria isn’t exactly known for good scores in the contest. Conchita is a rare except from that rule. No one is expecting amazing result this year either. Their songs and the finals always comes of as bland.

ORF did not really produce the winning song. In fact ORF was bound to withdraw from Eurovision after the disappointment in Copenhagen. However Conchita really wanted to take part and her manager asked the program director Kathrin Zechner to nominate her without a selection process and his team would cover most of the costs. Mrs. Zechner thought it does not harm as they would have left ESC anyways, so let Conchita do it. The victory took them by surprise. This goes to show that if ORF is not at all involved in the selection process it works better for themacts… Read more »

ÖRF is just without a vision. I can’t believe that is the same broadcaster produced the winning song two years ago.

This format sounds just tuff. No final for Austria in 2016.