Michele Perniola has gone native! After representing San Marino at Junior Eurovision 2013 and Eurovision 2015, he recently represented his homeland Italy on the New Wave stage in Sochi, competing under the alias Pernyola Mikele. Perniola fought tooth and nail against 15 other contestants from 11 countries, all to win the coveted wave trophy (oh, and 3.5 million rubles).

He sang a duet with his producer Antonello Carrozza, a cover of the 1980s classic “A me me piace o’ Blues” and his own original song “Panico”. The latter is an absolute corker, giving us serious “Uptown Funk” vibes and sounding very authentic in the Italian language. As always, Michele popped and jammed all over the stage, and the audience lapped it right up (with the possible exception of Ani Lorak at 0:50 – although she has been a shady lady recently).

Michele may not have won the competition, but with the song rolling in at three minutes and two seconds and lyrics by Charlie Mason (“Rise Like a Phoenix”, “Here for You”), it raises an important question: Was “Panico” originally intended for Eurovision? Well…

Antonello Carozza has confirmed to wiwibloggs that he did in fact conceive “Panico” as a hypothetical entry for Michele at Eurovision 2015. And yes: that’s Michele, singular, as a solo artist. However, by the time Anita & Michele had been chosen to represent San Marino in February, San Marino’s state broadcaster had already made arrangements with Eurovision veteran Ralph Siegel to write their song, and “Panico” was never considered.

Now let the cold realisation hit you that San Marino could have finally sent a competitive entry to Eurovision, and even landed in the top 5 – but Mr Siegel struck again. But this is not all sad news. Now that we know that quality music is being made for the Most Serene Republic, at least we have some hope to go with our San Marino wishlist for 2016. 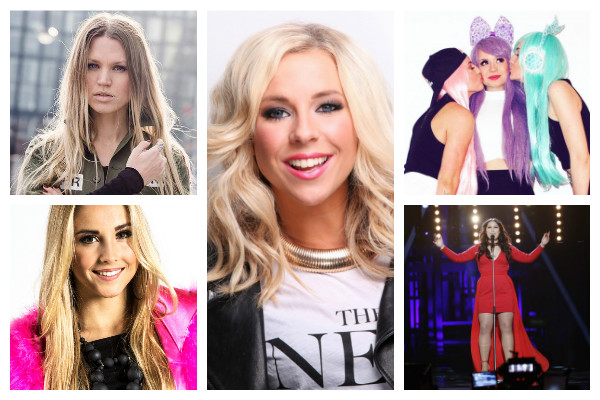 Maybe they get it right and he gets to represent this year.

I would have voted for this! Keep Anita Away!

I could see San Marino pulling another Valentina Monetta trilogy with Michelle and Anita. Maybe next year, Michelle will represent as soloist then by 2017 it will be Anita or with The Peppermints!!!

This make my heart hurt for San Marino. What a fun song! It’s so awesome to see Michele is still out there and performing. I’d love to see him return with something awesome to Eurovision, because this guy has been robbed too many times!

Guest
ian from the philippines

wie’ll start a kickstater to fund your participation at eurovision, just please fire siegel. you stuck in this world of mediocoracy and you know how you must rid to do a ounce of sucess.

It is very good as it could have been a better competitor against Golden Boy and Tonight Again, but his dance looks like he is trying too hard to jam along the song. Or maybe his outfit just looked dorky.

Again hee? NO… AMD I THINK IT WAS WRONG TO REPRESENT SUCH A GREAT COYNTRY AS ITALY IN NEW WAVE

Panico would also stay in semifinal if San Marino send this song to Eurovision 2015.

lol i hate this song too

michele has definitely grown up since jesc i must say though

San Marino probably wouldve been underrated like most times. I don’t think the song would’ve been Top 5…the latter half of better than the first half of the song. Maybe #9-11 place.

This would’ve been on the top in ESC. Oh, Siegel, why you did you took this away from us?

Ugh and to think we ended up with “Chain o Farts” lol. Shame. 🙁

I think San Marino should start singing in Italian. It’s such a beautiful language to listen to. That’s why I love all of Italy’s post come back songs.
Seigle must leave San Marino alone. I am not a big fan of Panico, but it so much better the Chain of Light, and it really should us what he could do vocally and dance wise.
I think Michelle should come back to ESC as long as he doesn’t bitch about the other singers again.

This would have done so much better. Siegel really needs to retire…

The man can move. And I love his use of braces / suspenders.

He’s such a cute ragazzo. 🙂