This year at wiwibloggs, we are counting down the days to Christmas with a series of different polls. Every day until Christmas Eve on December 24, we’re going to stuff your stockings with a new Eurovision poll. Consider this our advent calendar for 2015. Whether you celebrate Christmas or not, you can let us know your thoughts each and every day. So warm up your egg nog and let’s do this!

Once you get into the Eurovision family, you just can’t get away from it. Just look at the many artists who have come back to Eurovision after their first or even second try. Sometimes they fare better, but the result usually hasn’t been that good.

This year we’ve already seen two former acts confirm for 2016. Macedonia’s Kaliopi is returning after taking part in 2012 and Bosnia and Herzegovina is sending Deen, who finished ninth in 2004.

But who had the best comeback this decade? Was it Valentina Monetta, who returned two years in a row after competing in 2012? Or maybe past Eurovision winner Dana International, who eventually failed to reach the final in 2011? Vote in our poll and let us know what you think.

With groups, we only included the singers who returned to the contest as a solo performer or as part of a duo.

Niamh was part of Ireland’s record-breaking winning streak in the ’90s when she won the contest with “In Your Eyes“. She returned to the contest in Oslo with “It’s for You” but failed to replicate her success. She placed third to last with just 25 points.

Girl group Feminnem finished in 14th place for Bosnia and Herzegovina back in 2005. Five years and a few line-up changes later, they returned to the contest representing Croatia. This time their entry “Lako je sve” failed to reach the final, placing 13th in the semi.

Dino Merlin sang for Bosnia and Herzegovina in 1999 and earned the country its best result at the time — an achievement that lasted until 2006. Dino returned to the contest in Düsseldorf and actually did better on his second attempt. He placed sixth with “Love in Rewind”.

After winning the contest with “Satellite“, Lena came back to defend her title in Düsseldorf. She ended up placing 10th on home ground with “Taken by a Stranger”.

Zdob si Zdub was Moldova’s first ever representative in 2005 and their sixth place finish remains the country’s best result. In 2011 the band returned with “So Lucky” and placed 11th in the grand final.

Dana International got Israel their third victory in 1998 with “Diva“. Surprisingly Dana failed to reach the final when she returned to the contest in 2011. Her song “Ding Dong” placed 15th in the semifinal.

Macedonia wanted to take part in Eurovision back in 1996, but their entry “Samo ti” sung by Kaliopi failed to get through the pre-qualifying round. Kaliopi finally got the chance to perform on the actual Eurovision stage when she was chosen to represent her country in 2012. “Crno i Belo” later placed 13th in the grand final.

Zeljko Joksimovic was the first of two representatives of a unified Serbia & Montenegro. He finished second behind Ruslana in 2004 with “Lane moje”. We saw Zeljko return to the contest in Baku, this time placing third with “Nije ljubav stvar”.

Like Zeljko, Iceland’s Jónsi also took part in the contest for the first time in 2004. With 16 points, he placed only 19th in the final. He returned to the contest together with singer and violinist Greta Salóme in 2012. Their song “Never Forget” was one of the pre-contest fan favourites, but placed 20th in the final.

Jedward earned Ireland its best result since 2000 when they represented the Emerald Isle in Düsseldorf. They placed 8th with “Lipstick” and returned to the contest the following year. With “Waterline” they placed 19th in the grand final.

Elitsa & Stoyan remain the only Bulgarian entry to reach the final of Eurovision. This happened in 2007 when the contest was held in Helsinki. They placed fifth in the final with “Water“. Their next attempt in 2013 wasn’t nearly as successful, as they failed to reach the final. “Samo Shampioni” placed 12th in its semifinal and Bulgaria withdrew from the contest the next year.

San Marino’s Valentina Monetta fell in love with Eurovision so deeply that she returned two more times after first taking part in 2012. After failing to reach the final with “The Social Network Song” in 2012 and “Crisalide (Vola)” in 2013, she finally earned a spot in 2014. “Maybe” later placed 24th in the grand final.

Paula Seling and Ovi competed in Eurovision for the first time in 2010, when they brought their amazing double-sided piano to the stage to place third with “Playing With Fire“. Four years later they came back with a round piano and a hologram, placing 12th in the final with “Miracle”.

Elnur Hüseynov was Azerbaijan’s first ever representative (together with Samir). Their song “Day After Day” finished eighth in 2008. Elnur returned to the contest as a solo artist in 2015 with “Hour of the Wolf”. He placed 12th in the grand final.

Who had the best comeback this decade? 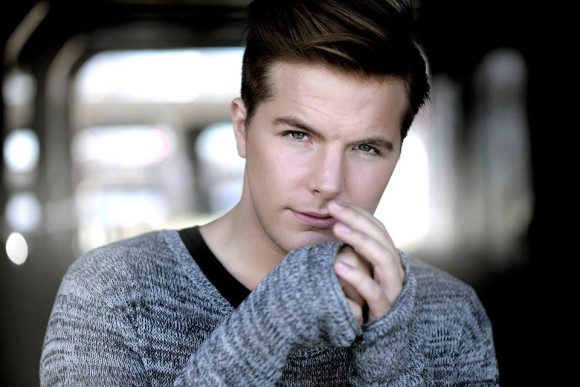 Hand over the key: Robin Stjernberg is “Locked Into You” Where is Dima Bilan?

A lot of good ones.
Zeljko and Valentina were both excellent but my favourite is Elnur’s!

Queen Monetta! Her metamorphosis from 2012-2014 is Lifetime move worthy. Book it!

Feminnem and Kaliopi definitely, absolutely love both of them!

I liked Kaliopi, Elitsa and Stoyan and Valentina in 2013.

Hands down, Valentina Monetta! She just got better every year she returned. Achieving the final for a microstate is like achieving a top 10 placing. Niamh was also really nice,better than her winning song.

Comebacks this decade haven’t done as well at all. I think it says alot about how the competition is changing that all of those who did well in the 2000s do worse on return. Can’t see this decade topping last for returning winners. Need two in four years to draw level with Paparizou and Bilan.