A few days ago we learned that France 2 had received a total of 280 entries for Eurovision 2016. We don’t know which artists are behind those entries, but we definitely know a few people who aren’t. A-listers Kendji Girac and Shy’m have already turned down the opportunity publicly and today another fan favorite joined the list: Patrick Bruel.

Bruel — a singer, actor and professional poker player — has seen his last four studio albums shoot to #1 on the French charts. As you can see in the video below, he owns the stage and can make the masses eat out of his hands.

But sorry Eurofans: he has no interest in representing France at Eurovision. In an interview with RFM, the singer balked at the thought of going to Eurovision as a singer, saying that he is unlikely to ever take part. “It’s very complicated,” Bruel said. “France cannot win Eurovision because of the system, the organization. It’s impossible. There’s something. Placing within the top 5 is already a miracle”.

Bruel wouldn’t have been eligible in 2016 anyway. France’s new rules explicitly call for under-50s, and Bruel clocks in at 56 years of age.

However, Bruel did say that he’d consider writing a song for Eurovision. It would be his second. In 2002 he entered the contest as a songwriter with the entry “Il faut du temps” by Sandrine François. The song placed fifth — miraculously — with a total of 104 points. “I would love to write a song like I did with Sandrine François,” he said. “I was happy. We place third or fourth despite the Eastern countries’ cabal…”. France has not cracked the Top 5 since then.

Is Patrick Bruel right to refuse a potential opportunity? Would you be happy to see him write a song for the contest? Let us know in the comments section below! 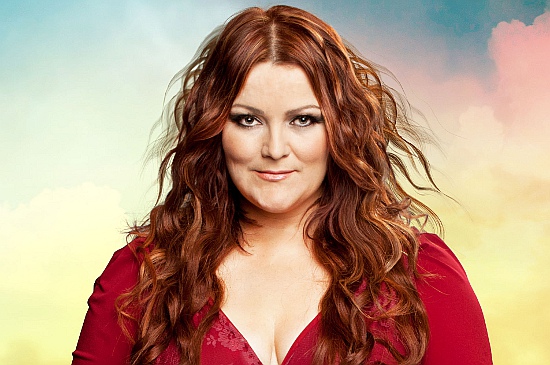 Hera Björk and Cornald Maas to host Eurovision in Concert 2016 Kylie Minogue: “I would be terrified to do Eurovision”

If the Big 5 could either do big promotions or use a strong selection like Sanremo (ITALY) instead of these ad hoc ones the UK and France are coming out with then they’d get a better result. Get the public ontaking ESC seriously then big artist or at least qualified artists will enter. Look at Spain in 2014. IT CAN BE DONE!

Guess Australia would be considered Western too.

I don’t think ESC fans want to hear another French big ballad like in 2002 when the French song was the only one worthy being considered the best … instead of the strip tease debacle … televoters and their finest taste in music.

HarpyDarper,
Finland counts as part of Western Europe since it’s a member of the Scandi Bloc.
Greece is typically counted as Eastern, but maybe it’s from the Iron Curtain definition (not 100% sure how Marcus defined east and west)

They could sent The Eagles Of Death Metal!

France can probably count on a lot of sympathy votes if they come with a song that’s somehow linked to Paris or peace. Unless people have already forgotten by then, today’s news cycle is short.

I’ve checked out ‘Nos secrets’… that song is nothing special, really.

Sorry to be pedantic but how are Greece and Finland in the west?
I loved their 2002 entry and would be great if he could write another song, so long as he can find a good performer

They released it after September. It hasn’t included in her album neither, they are releasing a new version of Chambre 12 in a couple months. Such like Emma Marrone did in 2014.

its kind of getting annoying to hear this arguement over and over again about the prominence of eastern bloc nations in ESC. now i will say because of diaspora and neighbor voting some countries qualify and place higher than they should (bosnia and herzegovina 2008, serbia 2010/11, armenia 2013, belarus 2014) but at the same time as others have noted THE ACTUAL WINNERS are not from the eastern bloc always. if France took the contest as legitimately as sweden does and as the netherlands and germany have in some recent years (germany 2011, 12, 13) their arguement would have validity.

Sarcastic voice
Because only eastern countries do well

I mean 3 Times out of the past 10 years an eastern country has won. Shocking o_O

There is no “Eastern cabal”. What kind of nonsensical out-dated theory is this?

The under-50s thing is ageist and unfair, but I can’t see him doing very well in any case.

Jak wasn’t Nos secrets released too early in the year to be used for Eurovision?

I have a strong feeling that Louane’s “Nos secrets” is for Eurovision. And yes, she’ll finish in top five.