After receiving only 47 song submissions for its national selection O melodie pentru Europa 2016, Moldovan broadcaster TRM decided to scrap the internal cut to 50 songs that was planned for 10 December. This means that all 47 songs from the 45 acts will be heard at the live audition on 19 December!

It’s good news for die-heard Eurovision fans out there, seeing as the auditions will be broadcast live and none of the stages of the Moldovan national selection ever fails to entertain. Based on what happened last year, expect a long day of mostly tonedeaf singing, awkward dancing, questionable outfit choices and involuntary humour. This also means that we’ll get the pleasure to see Sasha Bognibov perform not once, but twice!

Elle for the win with “Tare”?

Meanwhile, the Eurovision.md portal has noticed that a certain song has gathered the highest number of views (over 30,000 in three days), but also, inexplicably, the highest number of dislikes. Elle, a trio made up of returnee Natalia Barbu (who represented Moldova at Eurovision in 2007, finishing 10th with “Fight”), Dara and Tania Cerga, have submitted the song “Tare” (“Hard”), which is becoming a Eurofan favourite — but it’s also a favourite of the haters, it seems. Given the three ladies’ star power in Moldova — all are accomplished singers and respected entertainers — it does seem plausible that Elle will be the frontrunner. Not to mention that Natalia Barbu’s millionaire husband has the money needed to foot the bill in Stockholm. Which, for a country as poor as Moldova, would be a blessing. Only time will tell. Moldova is always surprising.

You can listen to all the Moldovan Eurovision entries here.

The live audition is expected to start on Saturday, 19 December at 11:oo CET and will be broadcast on the TRM website. Twenty-four songs will advance to the semifinals at the end of February. The national final is planned for 27 February. 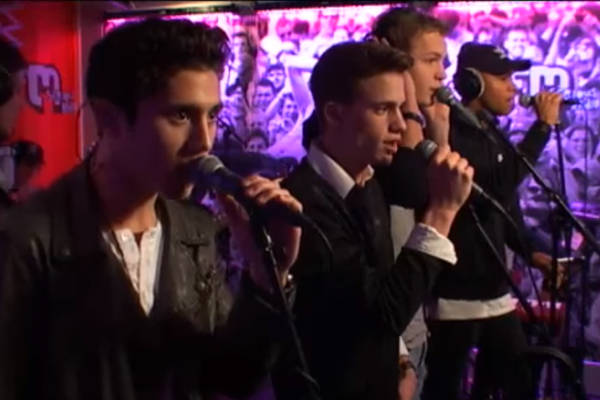 I hope Elle will win!

My guess is, if Elle wins, they will switch the lyrics to English. Mark my words.

Moldova tends to the best when it brings turbo folk or ethnofolk mixed with pop or rock flavored beats. ‘Tare’ is too avant-garde for my taste, but it could do extremely well with the juries for its quizzical sounds and howling wolf cry into the wilderness…they’re certainly engaged in some form of witchcraft because there’s magic and notions of sexual cravings in the air…

There’s a hand full of decent entries in there but not one clear stand out. So I think it’ll be a battle of stage presentations.

I actually really liked Elle’s song, it would be Moldova’s best song in years imo.