Merry Christmas, y’all! To celebrate everyone’s favourite time of year, wiwibloggs has put together a playlist of our 30 favourite Christmas tunes by Eurovision-related artists. So you don’t overdose on the good cheer, we’re dividing this into two lists of 15. Now grab your Santa hats, crack open the eggnog and turn up the speakers!

To get this Christmas party started, Cascada (Germany 2013) is whipping out the tinsel in their cover of the Wham classic, “Last Christmas”. Sticking to their magic formula, the song is a glorious piece of eurodance perfection.

To celebrate 10 years of the Icelandic Christmas concert, Frostrosir, countless Eurostars joined hands to record “Of Elves”. We’ve spotted Eiríkur Hauksson (2007), Euroband (2008), Hera Björk (2010) and Matthías Matthíasson (2011) – can you spot anyone else?

Sean Banan (Sweden NF 2012, 2013) would like to wish a merry Christmas to all – even the “blind, fat, deaf or ugly”. A personal highlight is the line “Hey Santa Claus, come and bring your ho ho hoes,” followed by an epic key change.

Next is an absolute classic: Cliff Richard’s (UK 1968, 1973) “Mistletoe and Wine”. He serves up enough cheese to start a worldwide mice infestation.

Now we’re off to the Carpathian mountains, where Nox (Hungary 2005) are giving us some serious flute action. “The Winter Song” is about love, peace and Christmas spent with family.

The lights are out in Riga’s Christmas market, and Rihards Berzins (Latvia NF 2015) is giving us Justin Bieber realness in his festive single, “Once a Year”.

Singing about a relationship breakdown, Litesound (Belarus 2012) takes a refreshing break from trumpets and sleigh bells in their rock ballad “Shooting Star”.

Bringing the tempo right back up we have Femke (Netherlands JESC 2012) who wants a “Christmas With You”.

Two Moldovan Eurostars – Pasha Parfeny (2012) and Aliona Moon (2013) – duet in a stripped back Romanian language cover of Leonard Cohen’s “Hallelujah”. Their voices blend together beautifully and take us all the way to Bethlehem and back.

Hurts – “All I Want for Christmas Is New Year’s Day”

Hurts (who were approached to represent the UK in 2012 before being dumped for Engelbert Humperdink) won’t be putting on their fluffy Santa hats this year. For them it’s all about the chance of a fresh start on new year’s day. Nevertheless, their song contains enough church bells to keep us happy!

The snow machines are out and the candles have lit Luara Hayrapetyan’s (Armenia JESC 2009) crib. Her smooth R&B ballad reminds us what Christmas is all about – staying in and eating s’mores.

Alexander Rybak – “Tell Me When”

Spending Christmas away from your loved one and need a song to cry to? Well, Alexander Rybak (Norway 2009) is coming to the rescue with a live performance of the touching “Tell Me When” – violin solo included.

Guy Sebastian – “All I Want For Christmas Is You”

Two Christmases ago, Ivi Adamou showed us exactly how you don’t cover a Mariah Carey megahit. Enter Guy Sebastian (Australia 2015). We would like to dedicate his funky remake of the song to all those unfortunate enough to have experienced Ivi’s Hallowee- errr… I mean Christmas, “treat” two years ago.

Finishing on a sombre note, we have Haddy N’jie (2010 host) with her not-so-ernest “Happy New Year”. The chilling ballad speaks of the fear of ending up alone – something especially dangerous for Haddy while she’s hanging out in the Norwegian tundra wearing nothing but a wedding dress! 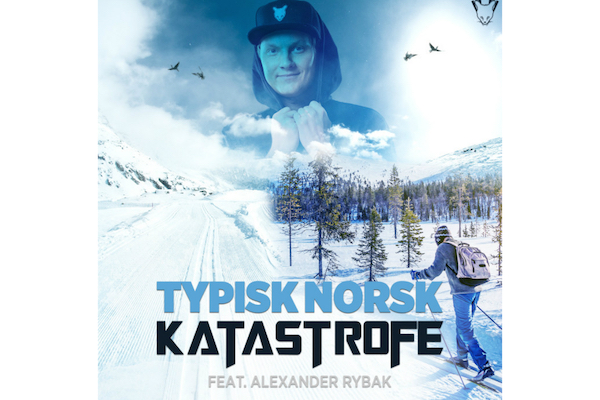