It’s been a busy two years of life after Eurovision for Ukraine’s Zlata Ognevich, with the Disney diva juggling politics and releasing new music, as well as slaying the occasional wiwibloggs poll. She has now released the music video video for her new single “Kruzheva”.

The woman behind “Pray For Ukraine” sings about how different and colourful our world is. Zlata is hoping to add a little bit of colour in a time when her part of the world looks bleak and she achieves just that in the music video, which includes a hurricane of powder in every colour of the rainbow, finishing with a final flurry in the colours of the Ukrainian flag.

The colourful video seems inspired by the Hindu spring festival Holi, where festivalgoers celebrate the season by throwing coloured powder and water over each other – keeping with the same positive message that Zlata sings of.

“Kruzheva” — which translates to “Lace” — is very different to Zlata’s Eurovision entry “Gravity“. We’re loving the choreography between Zlata and her male dancer. The two are dressed in white — a blank canvas before all the colour is added.

Zlata is also in the running to win two of our holiday polls, challenging for the crown of best Ukrainian Eurovision entry and the female Eurostar our readers want under their Christmas trees! Edurne: “I would come back to Eurovision in a few years” 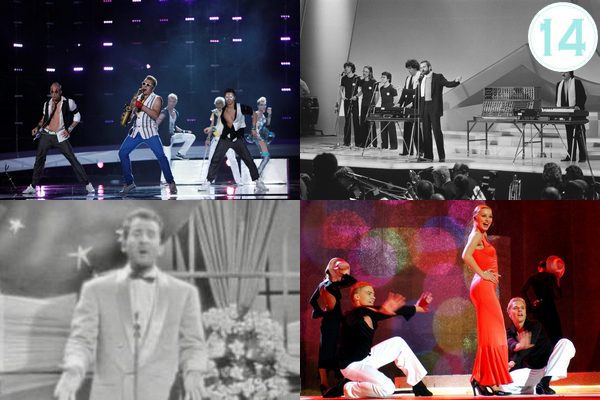 POLL: Which entry had the biggest impact on Eurovision?