More than three months ago, ERT confirmed to wiwibloggs that Greece will appear at Eurovision 2016. Now rumors are swirling that ERT will buck recent tradition by using an internal selection to pick their entry for Stockholm. Nothing is confirmed, but one fact is certain — things are at a stand-still in Greece.

According to newsit.gr, ERT made some moves shortly after deciding on their participation. This included asking Eleonora Zouganeli to represent them, but apparently she said no. After that their Eurovision plans stalled — with suggestions that Eurovision was not even under discussion.

So it seems increasingly likely that Greece will once again select their representative in a rush, something that could easily lead to another disappointing result. Let’s hope a miracle happens and that a proper performer says yes.

According to eurobluetv, ERT will ask Greek record companies to suggest artists for Eurovision 2016. From there, ERT will internally select the artist who will represent Greece in Stockholm.

When it comes to the song, one rumour says that ERT will host a national final to decide which song the chosen artist will perform at Eurovision. But it’s also rumoured that ERT doesn’t want the public involved in the selection and will internally select both the artist and the song. Try getting clarity from all of that…

While Greece normally chooses its entry with a national final, it has used an internal selection method twice in recent years, both times selecting Sakis Rouvas. In 2004, despite selecting another singer via a national final, Greece ultimately struck a deal with Rouvas and his song “Shake It”, which came third in Istanbul. In 2009 Rouvas was again announced as Greece’s representative, but his song “This Is Our Night” was selected via a national final. He placed seventh in Moscow.

ERT say nothing has been decided for 2016, which seems to confirm that the broadcaster has a long way to go before Stockholm.

On the positive side, the deadline for withdrawing without penalty has passed. It now makes more sense for Greece to stay in the competition than pay the penalty for a Grexit.

So what do you think? How should Greece select its act for 2016? Who do you think would be ideal to represent Greece?

Keep up with the latest Greece Eurovision news here 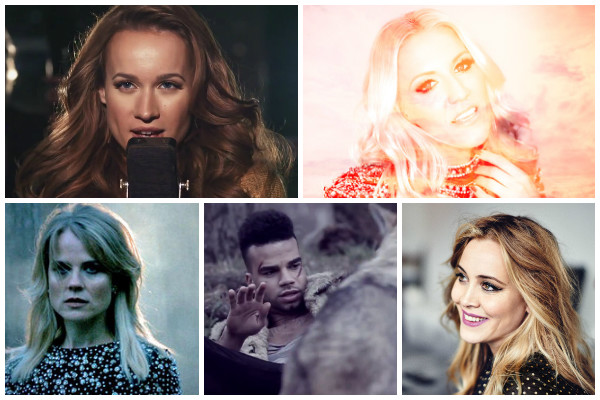 THESE ARE THE ARTISTS THAT I WOULD LOVE TO SEE THEM REPRESENT GREECE 2016.AND IN GREEK,I HOPE.

I hope they will go with something Greek.

Eleonora Zouganeli is a great singer, but she would be a TERRIBLE pick for Eurovision. It would be exactly like Lisa Angell–great song, but nobody would vote for it. I think that any one of these artists could produce a top 10 result for Greece in Stockholm, provided they have a good song: -Georgios Sampanis (although, he probably does not want to go) -Stelios Legakis (“Boys and Noise” get the attention, but Stelios is much better) -Thomai Apergi (but she must have a better song than “Love & Sirtaki”) -Loukas Giorkas (yes, send him again, but without Stereo Mike) -Eleni… Read more »

It would be great to see something out of Greece’s comfort zone like “Love Injected” or “Rhythm Unside” but ERT/NERIT and the Greek and European audience like pseudo-Greek touristy-ish songs (exception 2015)… Personally I would love to see Malu Kyriakopoulou or Georgios Sampanis as the Greek act but I think after MEK’s “bad” result last year ERT will push a more dancable and maybe trashy act to win.

OMG, gay fans can’t understand it. Nobody will choose female singers with trashy pop-dance song, they haven’t any chance now. No Tamta, no other gay divas, accept it omg!

If they get rebuffed a few times they may well go for Tamta. If it is Demy I hope she gets a great song because she’s probably the best chance to win. The problem I see is does ert want to win? I don’t think so, the record labels in the mad format would, so would try to send a good act. Ert do not want to have to host it so they may choose a poor act who can’t win. Hope I’m wrong though. Personally, appart from Demy I’d like to see Georgios Sampanis or Melisses.

Tamta with as great song as Unloved <3

@Akis Helena’s vocals are in the best conditin the have ever been. If she had a good song, she would absolutely SLAY!

Tamta pls. It seems that there are many internally selected acts this year, maybe since there are a lot of countries this time nobody wants to take any risks