Thirty acts will compete in this year’s Festivali i Këngës in Albania and, for the very first time, broadcaster RTSH has presented the songs to the public before the actual shows. That’s given the Wiwi Jury — our in-house panel of musical unprofessionals — plenty of time to review the FiK 54 entries ahead of the the semi-finals, which take place on 25 and 26 December. We start today with five semi-finalists in random order: Simbol, Genci Tukçi, Klajdi Musabelliu, Niku & Entela Zhula and Evans Rama. The other 25 acts will follow in due course.

Ramadan: “Artist” is an old fashioned rock song with the iconic FiK electric guitar. The band croons that “she was looking for some fame”, but sadly this song won’t help her — or the band — attain it. It’s just very average.

William: The song may be called “Artist”, but I see little artistry and feel only disgust. This number sounds Satantic, which doesn’t jive well with me in the run-up to Christmas. But even if I strip it of that context I can’t get behind it. The electric guitar needs to be sent back to the early 1980s immediately. I start to see life at 1:45, but by then it’s too late — I’m already dead.

Robyn: I see a song like this as being part of the national final for the sake of variety. Prog rock isn’t a good match for Eurovision, but these ambitious rockers are at least going to bring some drama to the festival.

Antranig: Every so often I hear a Eurovision song that I can only describe as “it’s so bad that it’s amazing”. This falls firmly within that category. I don’t think it’s a particularly good song but I don’t want it to finish either! The guitar solo ending is spectacular.

Ramadan: “Sa të dashuroj” is definitely for those with blue hair and walking sticks — and because of that it will probably get some points from the Festivali i Këngës jury. It’s a boring love song filled with clichés — “You are the sun and the lights” — so, sadly, I won’t be falling in love with it. We’re just not a match.

William: This song could do really well — on a cruise ship for pensioners. Producers needn’t worry about pyrotechnics or smoke. The dust falling from his dated song will be spectacle enough.

Robyn: This feels like the sort of song that would have been entered in Eurovision in the 1960s. It’s a completely adequate classic pop ballad, but it just doesn’t feel like it would work in 2016.

Antranig: This is exceptionally boring and incredibly dated. Perhaps if it had been entered a century ago it would have felt somewhat contemporary. The best that I can say is that it picks up slightly as the song progresses.

Ramadan: Klajdi Musabelliu is a very talented singer and he deserves a much better song. This is average and forgettable and, even if I kinda enjoy it, it needs a lot of remastering.

William: Sh*t happens and unfortunately so did this song. I appreciate that Klajdi strives to be inspiring and hopeful, and that he has a rough idea of peaks and valleys. It’s just a shame the dated production prevents me from wanting to follow along. That said, Klajdi has a kind spirit, and that deserves a few points.

Robyn: At the heart of it, “Ndodh edhe kështu” is a good song. But it’s smothered by a cheap arrangement and Klajdi’s manic vocal style. It could be saved by a lot of studio work, but at this stage, it really feels too late for that.

Antranig: It’s clear that this song has potential but it just isn’t ever fulfilled, which is a real waste. The choruses are enjoyable to listen to — it’s just a shame the verses that connect them don’t match up.

Ramadan: At Festivali i Këngës you get old fashioned songs that cater to old folks. Perhaps that’s why this pair of young singers have gone all geriatric on us. Niku and Entela deserve a modern song so they can reach their potential. Sad to say this, but the song wouldn’t do well at Eurovision.

William: How does a pair so young sound so old? It just doesn’t feel age appropriate. The song is sweet and initially has the potential to be breezy. But then the heavy male vocal comes in and kills off all my goodwill.

Robyn: This is an adorable duet, with hints of a classic 1960s style. It still doesn’t come across as compelling enough to make an impact at ESC, but it will be fun to see at FiK.

Antranig: The song is very easy listening. The female vocals are really good and I’d love to hear more of her singing. It isn’t powerful enough to win this competition, but I’m pleased to see it as an entry nonetheless.

Ramadan: “Flakë” is very Albanian rock — and I can’t help but like it. Growing up in the 90s I heard so many Albanian rock songs like this one. I’m feeling really nostalgic right now!

William: Flakë means “kindle,” but this just isn’t lighting a spark. I can’t identify the melody let alone remember it. “What happened?” he chants. I’m asking myself the same thing…

Robyn: It’s not time for a nu metal revival. We, as a society, are not yet ready to rehash that awkward period of the late ’90s/early 2000s.

Antranig: This is a hot mess and I am majorly traumatised by the end of it. There are definitely some worse songs in the festival, but this isn’t far from the bottom.

What do you think? Do you agree with our Wiwi Jury? Sound off below! 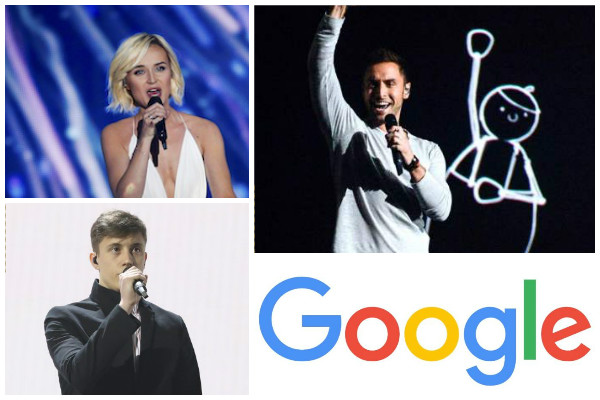 POLL: Which is the best vintage Eurovision winner?

Fikri – They’ve changed their song once? And it was only because the composers didn’t want it going to Eurovision anymore. I don’t know why people keep saying how the winning Albanian song probably won’t go to ESC.

does anyone really care about any of these? i mean, they will change it before eurovision anyway.