What we said: It’s a real stunner. “Po Dangum” (Alone Under the Sky) is a big departure from her Eurovision entry “This Time”. It moves away from happy clappy pop, and instead brings an atmospheric, somewhat new age sound. Her voice sounds heavenly laced over the thumping synthesizer and she gives us shades of Annie Lennox, 1980s realness. It’s perfectly produced and sounds very expensive. She needs to return to Eurovision as a solo act in this genre: It works so well. (William)

What we said: The pulsating build up to the first chorus almost feels hormonal. The deep beats and pumping sounds capture that overwhelming sensation of young love and sexual awakening. Everything in the song smacks of autobiography — from the raw emotion in Ruth’s voice to the vivid personal details scattered throughout the song “…and we kiss like we’re sixteen” (the same age Ruth was in 1999). All in all “99” showcases Ruth’s power to tell stories and elevate pop beyond the disposable. Ruth has dreamed up a number that’s catchy and meaningful all at once. She conjures up nostalgia, but also the glint of pain that comes with it. (William)

What we said: Fresh from his Melfest stint, Eric Saade is back doing what he does best – brash, throw-away, pop-bangers. And we say halleloo! Carrying on in the tradition of “Boomerang” and “Take A Ride”, “Girl From Sweden” is a wonderful dollop of breezy fun. And it’s unmistakably Saade. For who else could pull off the feat of boasting that “a lot of girls wanna get down with me” on his globetrotting adventures, yet everything is alright since he’s got a special girl from Sweden? Her identity remains a mystery, as the music video is populated with numerous Swedish women, including three comely maidens in a field. You gotta admire his bravado. (Padraig)

What we said: “Should’ve Gone Home” is a heartfelt tale of a man who regrets cheating on his partner. It’s said to be based on Måns’ own past struggles with infidelity. The video is shot in reverse, tracking Måns as he leaves a random woman’s apartment (or arrives at, if you were watching the right way around), to the bar where he drinks the night away, and finally ending with him leaving (or arriving at) his home and the women who loves him. It might be a little hard to follow at first, but the video holds up to repeat viewings, offering more layers with each look. (Robyn)

What we said: This single screams Sia all over — from the lyrics (“Why did you let go? I was still haunting you”) to the heavy high-pitched synthesizers. But this is most def Loreen, as it’s drenched in mystery and soul. Her signature vocals cut through all the production to reveal raw emotion. The video sees Loreen and a group of girls gather at a petrol station. Over the next four and a bit minutes, the multicultural gang does nothing but break the rules. They trespass onto a series of properties, vandalise cars, spraypaint houses and drink plenty of wine. “Nice” girls aren’t supposed to spit or steal cars or piss in public, but they do all of that in the #IIIWY video. It all ends with a nasty death, suggesting that blind allegiance to a group has some serious repercussions. (Sopon, Billy) 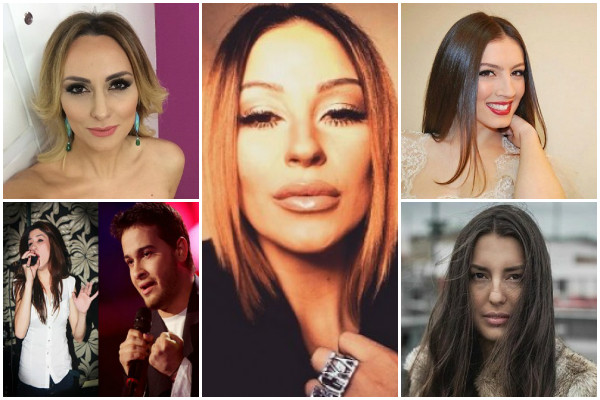 Po Dangum deserved top 5 tbh. It’s been on repeat my entire summer and IDEK what it’s about! 😀

Ruth, Mans and Eric
Po Dangum is good
Loreen smells like ass, the song + the video is everything that makes a song bad.

Loreen’s song is maybe her best, but the video is really weird..

Not sure where to put this/ if anyone’s saw this so far, but Loic Nottet won Dancing with the Stars in FR today.

All of them are amazing but I adore Ruth “99”

My love for “Po dangum” is infinite. What an amazing track.

Ruth, Måns and Loreen – all fab songs and all worthy top ten entries. 🙂