Malta’s TVM has just offered us an early Chritmas gift by unveiling the 20 songs that will compete in the Malta Eurovision Song Contest 2016. The contestants, as well as 30-seconds snippet of their songs, were already revealed on December 11 on the popular show Xarabank. But now we have the full three-minute numbers. The list includes some familiar names that have already taken part in the contest, such as Eurovision 2002 runner-up Ira Losco.

Now we want to know your favourites. You can listen to all of the songs below. Then vote in our poll. You can vote for as many acts as you’d like, but you can only vote one time, so make it count. Be sure to tick the box next to each act you want to support before pressing submit.

Listen to all of Malta Eurovision Song Contest 2016 songs.

Deborah C – “All Around the World”

Daniel Testa – “Under the Sun”

Dario Mifsud Bonnici – “I Love You”

Sarah Crytsal – “Right Here With You”

Stefan Galea – “Light Up My Life”

Follow all of our Malta Eurovision Song Contest News 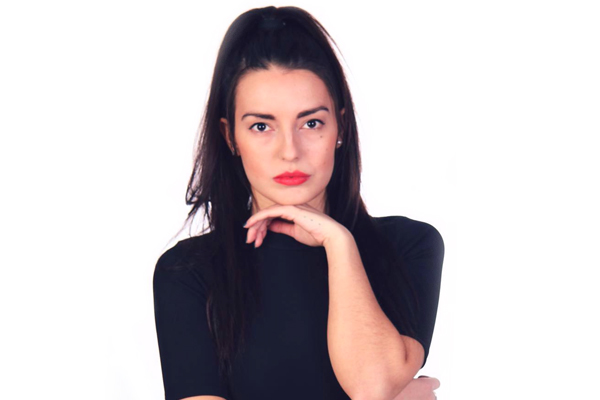 Wiwi Jury Results: Besa Krasniqi is our favourite to win Festivali i Këngës 54 POLL: What is the best new song from a Eurovision star in 2015?

I agree that Chamelon is a really good song and I wouldn’t mind seeing it as a winner.

My other favorites are Jessika (It’s about a time she wins), Dominic (that song is really catchy and could pass really well on ESC), Corazon and Brooke, both with lovely ballads.

Several songs are either really forgettable, generic or have overdone vocal performance.

daniel testa could be the dark horse this year

OMG Falling glass!!!! Definitely one ot the best song in MESC ever!!!

Falling glass is so awesome!!! It’s so obvius that it’s the most suitable for ESC. I wonder if Chameleon was sung by an unknown singer, how many supporters it would have and how many would place it at the first place!

Corazon – Falling glass is great! wish a lot of luck for this amazing song!

I think after listening to them for many times…i think the best songs are;
Corazon – Falling glass
Brooke – Golden
Jasmine – Alive

Ira losco’s is so overrated but she has an amazing PR team that will make her win the nationals. She will do nothing at the Eurovision though..her songs lack something..

FALLING GLASS is sooooo amazing!!!!
My favorites in order..
No 1 – CORAZON with FALLING GLASS
No 2 – BROOKE with GOLDEN and
No 3 – DEBORAH C with ALL AROUND THE WORLD

well hey i’m from Malta and the excitment here is incredible because this year’s contest is of high level and there are so much good songs and everyone have different opinions. well i think that the chance of winning is for ira, christabelle, corazon, jessika and jasmine. there are other favourites such as deborah raquel maxine but i think that to pass for the finals this year we need a great song that starts like a ballet but than it makes you dance so jasmine corazon and christabell fit for this criteria .. well there might be surprises i don’t… Read more »

Thanks Cookie monsta, just today I knew about more songs, and I have to say 30 sec, CHANGE A LOT when the full version is heard. Some songs I’ve heard already but I’m not ready to make a decision until I get all of the songs from the beginning till the end. The problem with this article is that it misguides people to have a fav when the full songs aren’t even out and thus a very trended version of the full contest, with the result of being stubborn at a song when there are a lot more. Plus it’s… Read more »

I feel like Ira Losco is overrated and it’s over shadowed by amazing artists and songs, My top 5 is:

@AM Casablancas: Usually, about a month before the MESC, PBS Malta televises a show in which each contender gets on a little stage to present, for the first time, the full 3-minute versions of their songs.

This would be that week; but it is Christmas week; so, I imagine they will have that show next week, and the performances will be posted at YouTube.

Here are last year’s presentations a month before the 2015 MESC:

I imagine they will do the same thing in the final week of this year, or the first week of January 2016.

First of all those are snippets (30 second-ish), second some artist don’t even have the radio edit version, some are even in A-capella. Third, in order to run a poll on something the audience should at least hear the songs before, or have you seen anyone who rate a song by their 30sec. clip? I’d rather wait a couple weeks more thanks, and I encourage you that prior to have a “fav” hear all of the songs at least once, and wiwiblogs to be more objective, I know they always try to give us fresh news but that doesn’t mean… Read more »

Young Love is my favourite by far!! It’s catchy and modern, I can’t wait to hear it live as I think she will bring some much needed energy amongst a sea of ballads in the MESC semi final. I really hope she wins as I think she’s the perfect choice to represent Malta in Stockholm 2016. But after listening to all the entries I’m really excited for the national final next month 🙂 -Good Luck Maxine!

From this bunch I fell in love with Jessica’s song

After listening to the full versions I have made some changes to my favorites Ira Losco Chameleon Good but not special Christabele Kingdom sounds extremely messy. preferred to listen to the one minute version. Brooke Golden I like it. one of my top favorites Jessika Now that I heard the full version I think she could be a serious contender. Refined song Ira That’s why I love you Good. Franklin Dull Maxine Pace Cute song. Cute girl. I will have to listen to this live. One of my favorites. Jasmine Alive Sound like a Melodifestivalen reject. She has a good… Read more »

Chameleon seems like it could have somewhere between ‘some’ to ‘huge’ potential in Eurovision. Not sure how well it would do though!

Alive is decent too, but seems like a “runner-up” type of song to me. Seems like it’s stitched up by parts of other songs.. Survivor – Paparizou?

In the snippets I thought only Lighthouse was interesting (didn’t hear the Ira Losco songs), but sadly the full-version was a bit boring

Yep I called it when the snippets were released, Alive and Chameleon are the strongest entries. But Franklin (If his live performance is slick) could have the dark horse in this bunch.

For me TOP 5
1. Maxine Young Love song is happy like Jamala Smile from Ukraine national 11
2. Jessica The Flame (with Hypnotica this year she wili be first)
3. Brooke Golden (on my first place after snipet but after 3 s not good as expect)
4. Ira Losco Chameleon
5. Jasmine Alive

I thin fight for win wili be between Ira and Maxine. Dark horse for win Brooke

@Matenohoru I agree Alive or Chameleon!

Alive or Chameleon have most potential to do better on Eurovision, but the voice of Franklin is interesting

They all sound very similar. Most are a mess.

These have potential but are kinda messy.

The rest are too messy for my taste.

Oh thanks, I didn’t know that.

Alive for me tbh!! Or Golden

“Chameleon” is the best, but I do like “Young Love” too. Most of the other songs end up sounding the same.

OH MY GOD I LOVE CHRISTABELLE THIS YEAR. She was amazing last year, and again this year. I’d love to see her in Malta. I quite like Jessika, but I prefered Fandango last year. But Christabelle for the win!

Maxine Pace would be perfect and I would be depressed if she doesn’t win, but with all tha love for Ira Losco, I doubt it 🙁 We barely heard her songs and everyone loves it already.