We are getting close to Belarus’ national selection for Eurovision 2016, which takes place on January 22. In recent weeks the Wiwi Jury — our in-house panel of musical unprofessionals — has been listening and reviewing all of the songs. Now we are giving our thoughts on “Pray for Love” by Anastasia Malashkevich. Did we hear her prayers and send her our love? Find out below!

Mikhail: This is fierce! Anastasia is giving us a lot of energy — dark energy. Obey and pray! I love her voice, it is powerful and she has something unique in it. I like the song itself — it is somewhat mysterious. I can easily imagine witches on the brooms attacking the city and I love this image!

Denise: Good voice, really powerful. I also like the clapping sound. The lyrics are so cheesy, world peace, again. A shame the song isn’t that good and really repetitive. Not good, but not bad either.

William: She’s mixing soul with rock and giving me major shades of Adele, Destiny Chukunyere and Svetlana Loboda. Sadly she lacks their control and at times strays into “crazy bag lady” territory. But I like her rage, which brings a bit of life to an otherwise average song.

Robyn: Anastasia has a rich soul voice, but she over sings and the song becomes a relentless pop-soul jackhammer. But at the heart there is a good song, so maybe it could be salvaged with the right arrangement. Also, Anastasia needs to get a stylist and ditch that Wednesday Addams look and instead go for gothic chic.

Sami: Anastasia has very strong voice and she looks confident on the stage. However, at some points she comes across as very shouty and it started to annoy me towards the end. I love the church bells, even though they are bit out of place. With a revamp and better production this might have a chance to do well in Eurovision. Edd: With a mega production revamp I could see this becoming an alright trap song (à la Hungary 2014), but her voice is unsalvageable. She belts it out from start to finish with a voice like Ann Sophie on steroids. That said, the bells in the middle eight deserve some points.

Luis: Easily, the best of this bunch, but it needs a major revamp. And, please, include the lyrics in that rework, they just sound so random. I quite enjoy her energy, but she needs to improve her performance. That said, I can see some potential to qualify from the semis.

Cristian: Even if I prefer a couple of other songs in the line-up, I’m sure this is best chance for Belarus to reach a good result in Stockholm. She has a powerful dark voice and a strong personality, judging by the outfit and her attitude on the stage. With a good revamp this song could become a serious contender for the top 10.

Antranig: This stands out as the clear winner and everyone else shouldn’t even bother to turn up because nobody is a match for Anastasia in the vocals department or the song. I’ll go as far as suggesting that this could get Belarus its best Eurovision result ever, although I wanted to see another Anastasia in the final too. Also, I love her hair!

Bernardo: First of all, Anastasia’s voice slays! But when we try to combine her voice with “Pray for Love”? Well, that’s a completely different story. I’m not convinced. I don’t find it good Eurovision material. Her voice is lost among a constant “pray for love” repetition and I also can’t think of a way this tune can be saved by the staging at the national final. Let’s hope that Anastasia will come back in the future with a song that suits her powerful vocal cords.

Anthony: Anastasia Malashkevich goes all-out rock chick on this one, so it’s a step-up from her previous attempt of a fairly similar genre the year before. She’s still got the raw vocals for it, but I’m not really feeling the love for her song and she could find herself praying for a miracle route.

William C.: Anastasia has a strong voice — that can’t be taken away. This song is quite good, but I feel as if it’s missing something. I don’t like the music of it at all. I would love Anastasia to sing with Belarus, but some serious changes need to be made before this has any chance of qualifying from the semis. 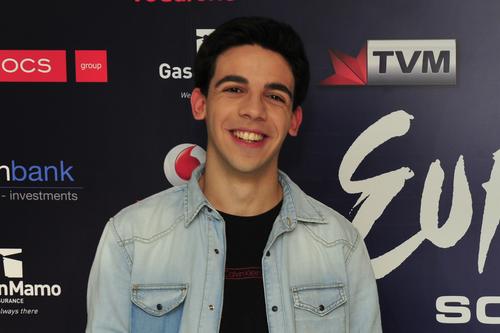 Wiwi Jury: Malta’s Daniel Testa with “Under the Sun”

Best song this year, with good choices on stage this could slay everything. Only minus is that it comes from a second or even third tier country in ESC.

Great voice and performance, of course, but I just can’t get on board with the repetitive mess that is the chorus on this one.

This is BY FAR the best entry in Belarus this year! So enthralling I cannot wait to see her national final performance! She’s going to slay everyone