Just one day after Norway announced the 10 competing songs in Melodi Grand Prix 2016, one of the songs has been disqualified. Freddy Kalas’ song “Happy Rush” has been removed from competition as it is too similar to his 2011 song “Cannabus”. But MGP organisers are allowing Freddy to compete with a new song.

As soon as the “Happy Rush” was preview clip was released, music fans pointed out the similarity to the 2011 song “Cannabus”, by SimenA with guest vocals from Freddy Kalas, using the name Freddy Genius. This led to an emergency meeting at MGP headquarters.

The similarity of the two songs breaks a couple of Eurovision rules. The 2011 release date of “Cannabus” predates the 1 September 2015 deadline, and the contest also requires that songs must be original. And Freddy might also want to have a word with himself for plagiarising his own song.

MGP head Jan Fredrik Karlsen said, “We have had a good and clarifying meeting. It was an unfortunate situation that everyone was set on finding a solution.” He also noted that Freddy had not intended to mislead audiences.

While “Happy Rush” has been disqualified from MGP, Freddy Kalas remains in the competition. An announcement on his new song will be made tomorrow at 18:00 CET.

Melodi Grand Prix boss Jan Fredrik Karlsen has confirmed that Freddy Kalas will remain in the competition, and his song “Happy Rush” will stay as well – but with a different chorus and a different title.

Freddy was given one day to write a new chorus for the song, entirely changing the part that was previously used in “Cannabus”. The song has also been renamed as “Feel da Rush”.

It seems MGP are very happy with the new song. Karlsen said, “We’ve got an even fatter chorus, and there was great jubilation when we heard the song.” Poll results: You want Tamar Kaprelian under your Christmas tree 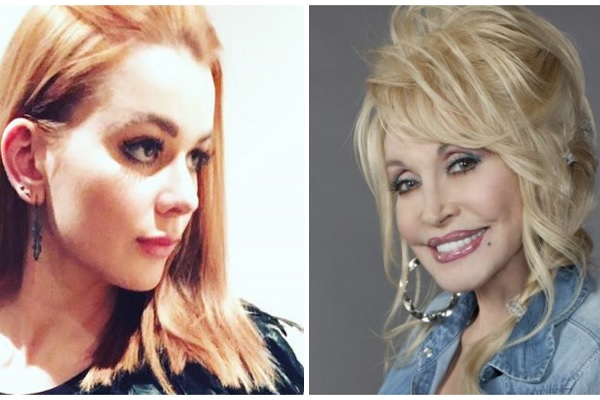 Was very good song ): and it’s not plagiarism

Atleast he copied his own song *cough* Mans *cough*

NOOOOOOOOO. i’m devasted. i hope he’ll release the full song tho because i really like it.

Alas…If only Kygo got into this…:-/

Now what if this new song gets flagged for the same reason? I’d put short money on it.

I’m with Hippo on this one; that he should be ejected entirely, just as the Swiss did with Stephanie Palazzo. If you’re stupid enough to think you can get away with what seems to be a deliberate cut-and-paste job, then maybe, just maybe, you should be banned from next year’s contest as well.

Should be disqualified for trying to get away with it or not caring enough to a) brush up on the simple rules or b)write a new song. His place should have gone to someone else.

Both the 2011 song and this 2016 rip off sound absolutely bad and annoying … I cannot see the fascination for this type of car crash dance crap .. for the sake of entertaining? I rather eat a cake … Thank God it’s no longer in the competition …

The only song i was looking forward to -_-

Good enough for him. The dim-witted macho glorification of drug-use has no place in the contest anyway – and a Norwegian Rastafarian is just comical.

wow, why Norway is capable of being honest with their selection and the Sweden is not? Sweden already made a two strike and yet they reach the final and even won. Eric Saade background sound has a Boney M. song and Mans well everyone knows but its wasn’t called plagiarism.

NRK must offer his place to singer who finished on 11 place in rating song for MGP.

I liked the song too.

Shame. I liked the song.