National finals season is on and we are very distracted. So much so that we almost missed some of the hot new releases from Eurovision stars of yesteryear. To right this wrong, we’ve sifted through our YouTube subscriptions and pulled out tracks from Arash, TWiiNS, Filipp Kirkorov and Zdob si Zdub for your perusal. Have a listen and let us know who turns you on — and who you’re turning off.

Kicking us off is half of Azerbaijan’s 2009 entry, Arash. He continues to release what he does best: exotic, anthemic club bangers! “Ba Man Soot Bezan” translates from Persian to “I Whistle” – and whistle he most certainly does. The music video is a montage of some of the most important moments in his life: skydiving, riding elephants, getting married, having a child, drinking vitaene (definitely no product placement there) and, of course, Eurovision.

The song was written and produced by Robert Uhlmann, Arash and Anderz Wrethov – of which the latter two are behind SaRaha’s entry for this year’s Melodifestivalen. I may not buy Asda beef burgers, but I smell a dark horse!

Slovakia’s favourite monozygotic sisters, TWiiNS, are still alive and still releasing music. Keeping the pop but adding an urban twist, the girls have teamed up with Montage and Jamaican superstar Sean Paul for their latest single. The music video sees them sexing up street benches, parked mopeds and New York skylines (so nothing new there).

If you’re wondering why Filipp Kirkorov (Russia ’95) has suddenly become attractive and 20 years younger, that’s because this ain’t him. The Russian-Bulgarian diva (errr… I mean very masculine, devout follower of the regime) has released a new single for the new Russian film Aladdina. I’ll let your imagination run wild as to what the film may be about…

As for the song? Hip-hop beats, saxophone and Russian rap may all sound good on paper, but they all come together to create one hot mess. Not even that… just a mess! Let’s just hope the Greek songwriters take firm control when Kirkorov produces this year’s Russian entry for Sergey Lazarev.

Google Translate tells me that the song is called “I’m rambling are fiddler” – and knowing Moldova that’s probably not even a mistranslation.* Despite this, Zdob si Zdub have actually turned the crazy down in their latest single, opting for a simpler musical production – but keeping their unique sound with some traditional Moldovan folklore chanting. The music video follows the band touring the countryside in their colourful campervan and performing in a travelling circus.

*UPDATE: one of the lyrics translates to “this song takes me to heaven” – Google Translate is definitely broken.

What do you think of the new releases? Do you trust these songwriters to write entries for 2016? 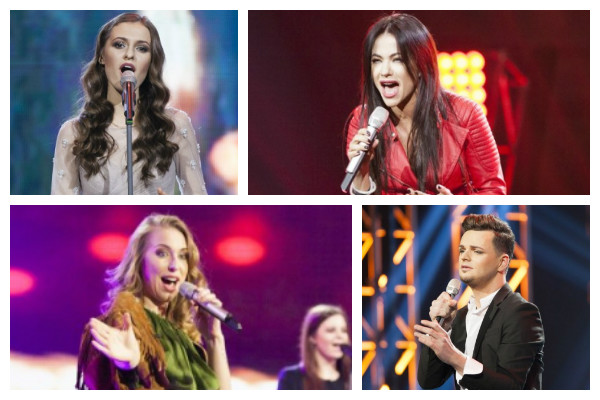 Lithuania: Who should qualify from the second Eurovizija quarterfinal?

What about Loreen”s new song. It’s been out since before Christmas. Has Wiwibloggs decided to ignore her. Under Ytan is fantastic, give her an article. Is is because it is Swedish.