Tonight Lithuania’s national selection, Eurovizijos atranka 2016, really started heating up. Donny Montell won the fourth pre-recorded episode and was joined by another 7 acts who also advanced from the heat. Behind The Moon and Alice Way finished in the bottom two and will not continue in the competition.

Donny and Ruta Šciogolevaite were both tied with 22 points each, but the tiebreak rule meant that Donny — who scored best with the international jury — took first place.

Behind The Moon – “Did It All”

The Lithuania juries were unable to decide between Donny Montell and Ruta Šciogolevaite, so they both received the maximum 12 points and left the decision down to the international juries and televoters. After the rest of the votes were counted and verified, it was Donny Montell who came out on top of tonight’s show. He also took top spot on our recent poll whilst Ruta finished sixth. Next week’s show will feature all 10 qualifiers from the second group, hoping to join tonight’s qualifiers.

Do you agree with tonight’s results? Let us know below and you can watch the show again here. 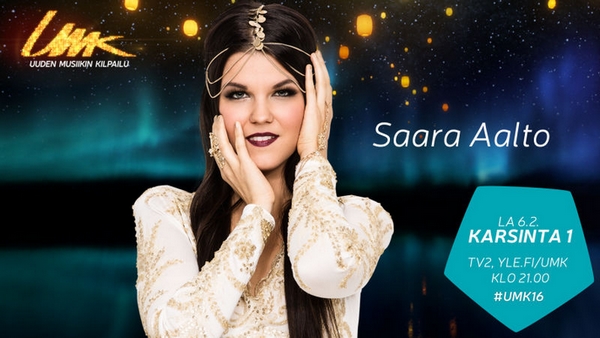 I agree with xoxo – we Lithuanians are cheap. Most people like myself do not vote on regular shows, because we don’t want to spend our money on it. It feels like a waste of money for most people to vote on those shows especially when songs are performed over and over again. Even now it is certain that best songs like Donny and Ruta or Erica will be in the final anyway. But however, I am sure that at the grand final, people will vote more. Like myself. Because I care who will represent my country and I don’t… Read more »

I think they forgot to put the batteries in Egle. The performance was toned down waaay too much.

Catrinah stepped it UP! Watch out!

She is definitely my favourite <3

I hope Lithuania does not send Ruta. Polina was bad enough last year and my sick bucket has still not quite recovered.

Come on, how Valdas Lacko and Istvanas ft. Ellada could be still competing… Behind the moon is far better than those two.

Be Free is much better now. WOW!

Ruta is highly popular in Lithuania. She came second in the Eurovision selection multiple times, it kind of became a joke in Lithuania. Hopefully, she comes second once more, because Donny is just so much better this year. She definitely has her following in Lithuania, but Donny is no slouch either.

Lithuanians are pretty cheap, you know, I’m pretty sure they will vote when it really matters, I know I will. I’m pretty sure neither Vaidas nor Monika were leaders in televote until the finals. Hopefully Lithuanians come together and pick the only right representative – Donny. I really hope and believe this will eventually happen.

Ruta changed her song and now it sounds more like A Million Voices than before. Ridicoulous plagiarims. Lithuania will be the subject of controversy if she wins.

Egle is my sentimental fave. Tonight she didn’t do her best though. Hopefully she’ll boost it up for the semis.

Why Ruta won televoting? 🙂
It’s an interesting fact that she participated in several contest and 8 times won the second place. Sometimes media calls it “2nd place curse” 🙂 She was second twice in national selection (participated 5 times), so this year maybe some people fell sorry for her and wish her good luck.. 😉 You can find out more: https://en.wikipedia.org/wiki/R%C5%ABta_%C5%A0%C4%8Diogolevait%C4%97
But oh well, Aiste Pilvelyte participated in national selection 10 times, and yet didn’t win… 😀

You have to have extreme OCD, to believe in this Ruta.

Ruta’s song is AWFUL… It’s almost embarrassing that she won the televoting.

EugeneESCUK, When LRT opened the song submission process, the rules stated the combined jury votes will be used in the event of a tie and applies throughout the entire competition.

Guys, this year jury votes wins over televote, so that’s why Donny won the show.
Last year televoters gave Polina 10 points, but some of the jury members gave last place, and in the end it came out that Polina didn’t get a vote.
And OMG – I’m afraid that Ruta might win this competition, because she’s really famous in Lithuania, and some years ago didn’t go to Eurovision (that was a big drama), so this year people vote for her.

@Robyn Gallagher, I just dislike Donny’s song this year, and prefer United tbh. Maybe Lithuanians feel the same way. However, I want You Bet to be selected for Lithuania, although I doubt this will happen, and I can’t see any of these songs doing particularly well at ESC.

Despite Lithuania’s diaspora I honestly can’t see them qualifying with any one other than Donny Montell.