Hej Danmark! The Wiwi Jury – our in-house panel of music unprofessionals – has just landed in Copenhagen. Dansk Melodi Grand Prix 2016 is a little under two weeks away and we’re here to review the ten finalists. Spring might be coming, but the Scandinavian weather has left us shivering. Can David Jay warm us up with the summery “Rays Of Sunlight”? Read on to find out…

Sami: The song is co-written by one of my favourite Danish artists, Bryan Rice, but this isn’t really his best work. It brings a smile to my face and puts summer on my mind. However, it’s all a little cheap. I like David’s voice and I wouldn’t turn off the radio if this came on. Still, I don’t think it would end up on the left side of the scoreboard at Eurovision.

Robyn: “Tonight Again” is an example of how “Uptown Funk” can inspire a good song. “Rays of Sunlight”, however, is a mess. It comes across as a by-the-numbers funk pop track, never quite managing to introduce anything fresh amidst the very thick mix of styles. There’s room for a funk-pop track at DMGP, but this isn’t it.

Mikhail: As the song begins, I’m thinking “oh yes, it’s funky, lots of energy”, but by the end I’m like “whatever, when will this end”. And the random peeping really annoys me. “Rays of Sunlight” wouldn’t last a day on my playlist.

Anthony: This feels like the love child of Guy Sebastian’s “Tonight Again” and “Uptown Funk”. The funky beats get you moving to the groove and I love the keychange David manages to slot in towards the end. A decent attempt, but given the high standard this year, it’s not going anywhere.

Deban: I question a selection process that allows this to emerge as one of the ten shortlisted entries. “Rays Of Sunlight” may have moved me in 1990, but in 2016 it’s terribly late. Just like wearing sunglasses at the cinema, what David Jay is serving here is borderline pointless. I have listened to his mixtape. I know he can do much better. Eurovision fans shouldn’t have to suffer this!

Edd: I’m pretty sure I’ve already heard this song nine million times and I’m afraid it does nothing for me. Don’t get me wrong – I love pop with elements of funk (eg. Australia 2015). My issue with actual funk songs is that they tend to have very messy melodies (take Belgium’s Laura Tesoro, for example). This would probably do very well at Eurovision – given the success of artists like Daft Punk and Pharrell. And actually, bonus points for anything upbeat. That said, it’s still a nej from me.

Sopon: I hated Basim, I loathed Guy Sebastian, and I’m still not budging here. Regardless of how much sunshine David Jay wants to bring into our lives, this over-hyped R&B song is formulaic and repetitive. Happy-go-lucky guys have won DMGP for the past two years. I pray that the third time isn’t a charm. Kristin: At first I was all: “Yeah!” Then I moved slightly towards “Aw hell no!” and then I got stuck in “Meh”. That’s “Rays of Sunlight” in a nutshell. I can’t for the life of me decide whether I like it or not. It isn’t as annoying as “Cliché Love Song”, but it’s lightyears away from being as good as “Tonight Again”. David’s voice is good, but I feel like he’s not using all of it in this song.

William: I’m cursing Bruno Mars for reviving funk — not because he’s bad at it, but because every Eurovision national selection now has at least two rip-offs. This feels watered down, inauthentic and totally derivative. I zone out after 30 seconds and not even his gross lyrics about this chick “satisfying” him are enough to stir me. Among my least favourite entries in the selection.

Padraig: “Rays Of Sunlight” is full of fun and cheer. And on the first listen it stands out from the ten Danish finalists. Alas, it doesn’t fare well during repeat hearings. Rather than live up to the funky R&B songs that inspired it, the song comes across as a cheap imitation. The raw ingredients are here, but this is a distinctly average entry in an above average field.

To reduce potential bias, we drop the highest and lowest scores prior to calculating the average. We removed a low of 2 and a high of 8. 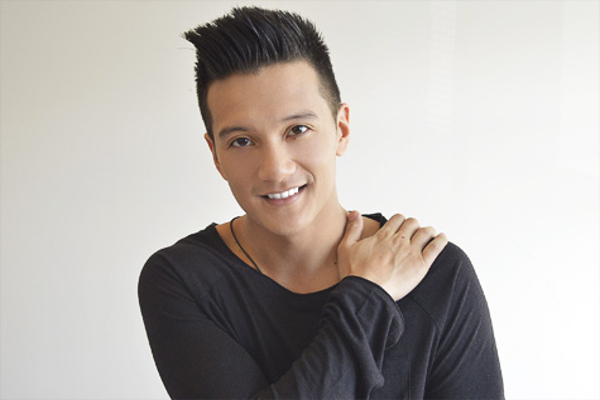 Wiwi Jury: Austria’s Vincent Bueno with “All We Need is That Love” So, we have Uptown Funk knock-off 1 (What’s The Pressure, which I do like) and now we have this? I’m no longer a fan of the original after it constantly being everywhere, so the start of the song leaves me sour. But the chorus has originality and has a fun feeling about it, saying that, it then retreats back to Uptown Funk instantly. I wish this was just a little more original, damn you Bruno Mars!

It’s a happy song, we need more these kind of songs to ESC.

I love songs like uptown funk, happy, sax and what’s the pressure (my current no.1) however this is kind of bland and boring. 5/10