This week the Wiwi Jury — our in-house panel of music unprofessionals — met up and rated the six songs competing in the first heat of Uuden Musiikin Kilpailu (UMK) 2016, Finland’s selection for Eurovision 2016. Next up is Mikko Herranen with “Evil Tone”. Did we want to jump in his limousine or just grab a taxi? Read our reviews below!

William: He’s worked as a sound engineer and handyman — and I’d like to suggest that he return to one of those professions. His song leans toward soppy folk-rock and serves inspirational cheese that’s a bit too sickly for me to stomach: “..life is like a limousine, a never-ending fire.” At times his voice shines — particularly in the first chorus — but it gets grating, particularly when he screams towards the end. I’m sorry there is “an evil tone in every word” I say, but I can’t cope with this.

Sinan: I love rock ballads! And I like this one a lot. There is a large charge to it — it’s a song sung with feeling.

Luis: I was terrified at the beginning of the song. His voice sounded so amateurish, as if he was an ordinary guy from the street who was picked to replace the original singer. As the song progressed, I got more used to his tone, which isn’t actually “evil”, but isn’t that angelic either. As for the song, I can’t see the “evil” there at all: it’s so bland! A rock ballad with such lack of strength is bound to go home in round one.

Edd: This dude has zero star quality whatsoever, and the ballad goes absolutely nowhere. There must have been something more worthy of filling the 18th slot!?

Robyn: I can appreciate this as a dramatic rock ballad — the sort of thing Meat Loaf is known for. Mikko is a talented musician and he brings a lot to the song but… I’m just not feeling it as a Eurovision song. It should be quite fun to watch this live and it’s a very welcome part of UMK, but as a Eurovision entry, it’s bit old-fashioned and slow.

Kristin: Nobody’s inventing the wheel here. This is a familiar Finnish rock ballad, and an okay one as such. Mikko is a talented singer, and brings everything there is interesting about the song. Because it’s a rather weak one, it does not do Mikko’s voice any justice. A bit bland.

Sam: The lyrics are terrible and nonsensical. The music is a bore, but at least it has a sense of structure. Next, please!

Antranig: Lyrically, “Evil Tone” ticks all the boxes and does no wrong. However, the song as a whole is not memorable and after listening to all 18 songs, I forget what this one sounds like. The first semi is just too competitive for this to stand a chance of qualifying.

Max: Oh deary me. “Evil Tone” attempts to capture the anthemic nature of an epic rock ballad, but fails miserably. This feels like a third-rate “I Don’t Want to Miss a Thing”. Finland, please avoid.

The highest and lowest scores are dropped prior to calculating the average score. This is to remove outliers and reduce potential bias. We have removed a low of 0 and a high of 7. 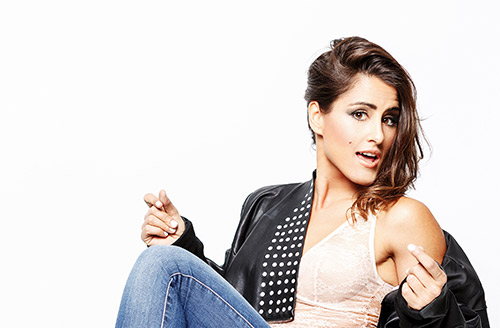 Barei is our favourite to win Spain’s Objetivo Eurovisión Bland melody, bad lyrics. The only way this goes through is if his fans make a campaign to get it to the finals. I hope they don’t

It’s an okay song, middle of the road and inoffensive. Definitely somewhere in the middle of the pack but I don’t see it qualifying, and I hope it doesn’t at the expense of Clemso