After revealing the ten competing artists a couple of weeks ago, NRK — Norway‘s public broadcaster — has now released the full versions of all the Melodi Grand Prix 2016 songs and they are now all available to listen to on the NRK website.

As we previously reported, Freddy Kalas had to revamp his song “Happy Rush” due to self-plagiarism accusations. He is now competing with “Feel Da Rush”. The final of Melodi Grand Prix 2016 will take place on February 27.

Makeda with “Stand Up”

Stage Dolls with “Into The Fire” Who do you want to see representing Norway in Stockholm? Tell us in the comments! 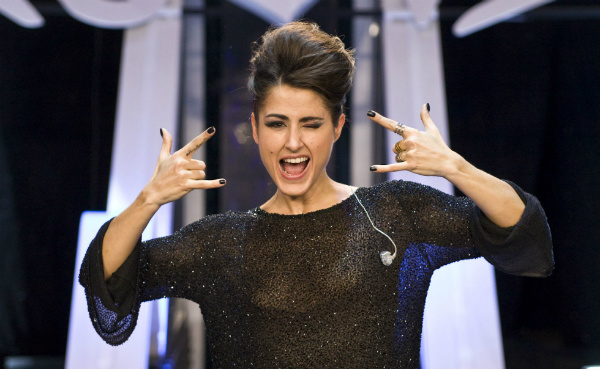 Supernova 2016: Reviews and rankings by the Wiwi Jury

1. Laila Samuels – Afterglow (this is probably the only song that sort of will do a little good like the previous 2 entries for Norway.. but to be honest..how can you go from a monster like to any of these songs…) 2. Freddy Kalas – Feel da Rush (How can’t we embrace songs like these don’t we all dance to songs like sean paul. pitbull and all of that.. it’s time for Eurovision to embrace this kind of music.. for real! Where are you dancing to if you go to a dancing club or cafe or something? Right… and… Read more »

Afterglow……best song. BUT Norway must learn from staging failures of Silent Storm and Monster in 2014 and 2015 and really inject some pazz-azz into it…or they will be 8th again!!

Afterglow is by far the best song , Laila knew how to pick everything perfect and it will bring her success , Her song Afterglow is a masterpiece , and if it wont won , I will be disappointed , but I dont think so because Norway always sends the best songs from their selection , I like Icebreaker too but not as much as Afterglow 😀

Laika for me! I just LOVE it! A total breath of fresh air. It ticks all my boxes.

Laika is honestly the only song in the whole NF that isn’t half-baked or a clear rip-off of something else. If they REALLY want to avoid novelty, Afterglow would be… okay, like midtable final at best, but why not just send Laika and give the contest the spark it lacked in 2015? I’m often critical of novelty and joke acts, but the song isn’t novelty for the sake of novelty, it’s novelty because these girls know how to combine outlandish humour and an intense beat that sticks in your head (I’m still humming it over a day after first hearing… Read more »

Afterglow is clearly the best, but Norway has been sending moody songs for like two years, so I think something lively is in order. Happy Rush is weird, Hungry Hearts is like a nordic, younger Russia 2012, Agnete is sorta good but power ballads are boring since half the songs last year were ballads, which leaves Mak*MEGHAN TRAINOR*eda, The boring girl, Pointless boy band and two 50 year old bands who are trying to be relevant by singing a mundane pop song. Moody might be the only option.

(Aaaand I’m the first person in history to type Lithuania when I meant Malta. Apologies to all.)

Icebreaker – Euphoria’s verses attached to a rather uninspiring tempo changed chorus. Not weird enough to be interesting, not clever enough to be artistically viable. It’s just “hey, what if we changed the tempo at the chorus?” Nah. History – Styrovision. It’s high-grade Styrovision, but I’m sick to the teeth of these ultra-safe song-by-numbers things. Feel Da Rush – Freddy is to calypso what Laura Tesoro is to soul music. So, moving right along … Afterglow – At least this one’s sort of interesting. Only sort of, though. I can see the potential for some kick-ass staging. Stand Up –… Read more »

After glow is the best!!!

However, whereas “Heart Shaped Hole” and “Love Injected” are good songs, “Afterglow” is not.

Couldn’t listen to any song all the way through, apart from ‘Afterglow’. Enough said…

Ok, um, I’ve now listened to Laika about 6 times and its becoming a guilty pleasure — it’s so odd that it’s listenable.

Listening to them as I comment this: Icebreaker: felt like two different songs. Plus, the intro sounds a little bit like Malta’s. History: Frozen 2’s theme? Feel Da Rush: why do I feel like this is this year’s pizza song? Meh. Afterglow: it’s pretty and mysterious. Stand Up: poor girl’s Meghan Trainor. Just no. Anyway: *takes out lighter and waves it* Into The Fire: Norweigian middle-ages JoBros wannabees! Traces: it’s a pretty ballad. She’s got a very beautiful voice. But like “History”, it has Frozen vibes! Anna Lee: 1D you’re not!!!! Laika: it’s like that song from Laing from Germany’s… Read more »

Afterglow is everything ! I’ll be pissed if they don’t chose that one…

The Hungry Hearts ft. Lisa Dillan, speechless. Not in a good way.

Norway will struggle to qualify for sure.

Icebreaker – decent but the chorus lets it down for me. History – not bad but not my cup of tea. Correct me if I’m wrong but are the words ” Fairytale’s got nothing on us” in there? That’s a comparison any song should avoid. Feel da rush- rubbish, I hate this sort of stuff and from a middle aged Norwegian it’s just ridiculous. Stand up isn’t my sort of thing either but I’m sure a lot of people will find it as catchy as I find it irritating. Anyway – the sort of thing I’ve got used to Denmark… Read more »

My top 3 are: 1. The Hungry Hearts ft. Lisa Dillan – Laika. I think the opinions will be torn into two: love it or leave it. In this case, I love it. It sounds ridiculously Soviet-esque, but it also tastes like Marina and the Diamonds which is not bad. It’s fun to hear this stuff at Stockholm. 2. Laila Samuelsen – Afterglow. Kinda mainstream, but we cannot deny the lovely dark and mysterious nuance of the song. And it is well-sung as well, it’s like listening to Kate Bush in 90s. 3. Freddy Kalas – Feel Da Rush. Another… Read more »

I don’t like any of these songs… Last year was much much better. For me, it is so dissapointing considering they had three great songs for the last three years.

Laila’s “Afterglow” reminds me a little Secret Garden’s “Nocturne”, which is great. I keep my fingers crossed for this song. Greetings from Poland.

Afterglow, Icebreaker and Anna Lee are the only ones that can be saved from this bunch

Icebreaker is a weird track… it builds up as a kind of deep house track and then becomes trap in the chorus. Doesn’t really work. 5/10 Elouiz has a typical Eurovision ballad, with a bit of Disney in there for good measure. 6/10 There’s something funny about an overweight white Norwegian singing a Caribbean tune, but guess what? It’s not that bad. Freddie Kalas: 6/10 Laila Samuels has a Kate Bush-inspired ballad, well sung but also kinda boring. 6.5/10 I don’t like Meghan Trainor, and I sure as hell don’t like a cheap Norwegian copy. And what is that weird… Read more »

Freddy’s song at least sounds like modern EDM and not something from 5 or 6 years ago. Although if it gets picked, it’s going to be a middle of the pack song.
Afterglow is a pretty decent song, but that’s about all it has going for it.
Laika is absolutely ridiculous, but it is reminiscent of mid-2000’s Eurovision ,in a good way, so that might earn it some votes.

There’s nothing special about any of them really however Afterglow and Anyway have a nice vibe about them.
Laika on the other hand hurts my soul. What. A. TERRIBLE. Song.

“Icebreaker” has the entire package! I’ll be rooting for this all the way!

Not sure that there’s even a finalist here. Maybe Laika is aiming for Soviet nostalgia votes? Could get them too, that dog was a heroine of the Revolution after all <3 Agnete – Icebreaker: Better than the snippet suggested, but the chorus comes out of nowhere and isn't as dramatic and catchy as it's meant to be. 5/10 Elouiz – History: Uninteresting but sung well enough, it wouldn't be the worst option but it's not exactly something that NEEDS to go to Stockholm. But are any of them? 😛 6/10 Freddie Kalas – Feel Da Rush: I wanted to not… Read more »

Freddy’s song is still obviously about “cannabus” (the title of the original song from 2011). “feeling happy” “i wanna take it higher” ;P After all, he only replaced the word “cannabus” with “happy rush” (basically the same thing ahahha) remember when someone hacked loreen’s twitter saying that euphoria was about drugs lel

For me it’s a two horse race between ‘Anna Lee’ & ‘Afterglow’. To me the others just don’t compare.

i’m glad freddy keeps the original vibe of his first submission because i think it’s different and a lot of people will respond positively to it.

leila’s song is phenomenal. the “hey!” bits are out-of-place and cheesy but whatevs. it’s great.

It’s not good having snippets like this, you only get disappointed.. 🙁 ‘Icebreaker’ would have been my favorite if it wasn’t for the tempo change in between the verses and refrain.. now it’s probably ‘History’ or ‘Feel Da Rush’ but I feel there’s something “wrong” with them too.

For me TOP 5
1.Laila Samuels – «Afterglow
2.Stine Hole Ulla – «Traces»
3.The Hungry Hearts featuring. Lisa Dillan – «Laika»
4.Pegasus – «Anyway»
5.Freddy Kalas – «Feel Da Rush»
For me hot favorite for win Agnete – «Icebreaker» don t have best song at MGP, i see and the NRK site they lobby for her win, with article that Rolf Lovland authors of two winnigs song for Norway 1985,1995 and author of norway song from 1987,1994 say that Agnete is favorite to represent Norway at Eurovision stage.

I actually like Freddy Kalas’ song! It’s something different and stands out in a good way! There are some Caribbean/Oriental melodies intertwined within the song. Unique! Now, let’s hope his vocals are as good live in the final. For now, he’s my fav to win! 😀