Back in November Bosnia and Herzegovina broadcaster BHRT announced that its artists for Stockholm would be Fuad Backovic Deen and Dalal Midhat-Talakic, featuring cellist Ana Rucner. But it’s not long until we’ll be able to hear the song that will mark Bosnia and Herzegovina’s return to Eurovision. It will be revealed in a special presentation on February 19.

The three performers will also be joined by a fourth. Rapper and song co-writer Jasmin Fazlic Jala will join the group on stage. The act will collectively be known as Dalal & Deen feat. Ana Rucner & Jala.

Their song will be debuted at a special presentation ceremony at Sarajevo City Hall on 19 February at 20:10 CET.

Rehearsals are already underway for the event, which will be streamed live so Eurofans can also be part of the big reveal. Spokesperson Maja Miralem was looking forward to the event, telling website Klix, “We are pleased that this date is approaching and I hope that we will meet the expectations.”

The song will also be performed live at a special event in Sweden. On February 27, an event will be held in Stockholm to celebrate Bosnia and Herzegovina’s Independence Day. The celebration will feature various high-profile citizens of the Balkan state, including a performance of the country’s song for Stockholm.

Two weeks ago, the first details of the group’s song emerged. The song will have Bosnian lyrics — not English — and the popular singer Zuzi Zu has been involved. At that stage the song title had not been decided, but there was a private shortlist of two names.

There are also plans for a music video, but what form that will take all depends on the budget. It is hoped that the video will feature the natural beauty of Bosnia and Herzegovina. 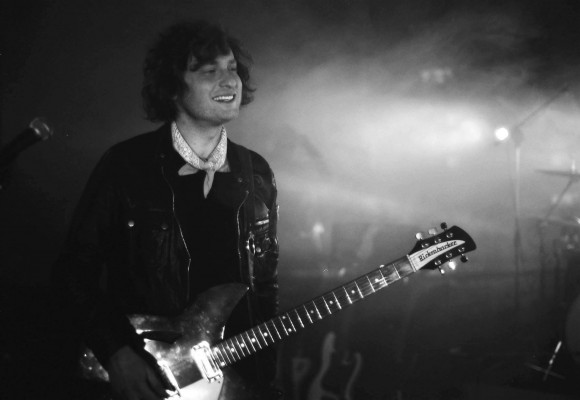 I really hope this will be fantastic

I think Bosnia might not qualify this time…what the hell is happening?!

Do most Europeans like non-gimmicky rappers? Judging by a few Europans I know and rap acts in Eurovision, not much. I wish this collective had 1 name like Colljectiv or Boznique to sum up the group, not all their names. I’m worried this’ll be mediocre (like Armenia 2015), fun but a failure (Finland 2009), gimmicky (Poland 2014), or they’ll actually be good… and still fail (Montenegro 2013). This can not, shall not, and will not end well with a rapper, regardless of song quality. The Balkans might like it thought but will the rest of Europe treat them like Voltaj… Read more »

This sounds like such a hot mess, either people hate it ot it becomes a guilty pleasure

Seems like Bosnia and Herzegovina returned for not to qualify.

I always thought their entries are cute – but not this time.

(And I also have a phobia of famous gay people who hide their identities – Deen – for commercial reasons, as a gay man)

With all their financial difficulties and issues with being able to send an entry, I feel like B&H are going to try and have a really big performance this year to make an impact. I don’t know if it will work, but I bet it will be a memorable performance. 🙂

Why is this beginning to look like Bosnia may not qualify for the first time ever – it just seems like a mess!

Looking forward to this. Good or bad at least it will be different.

Nice to have them back, but I’m not expecting much from them.

I like Deen best when he’s a fruity twink lol, this new image isn’t as fun and exciting

Competing with Nika Kocharov and The Young Georgian Lolitaz for worst name, but maybe the song won’t be too terrible? I mean, with all these elements, how could it go wrong?

But seriously: can’t they give the act a simple name, rather than just list everyone?

This is either gonna be the best song or an utter mess.

Bosnia always go to final , but they last participated in 2012, and in 2013 we had radicaly change of voting system , not combined votes from first 10 from televote and first 10 from juries like from 2009 till 2012, from 2013 we had combined votes from first to last place with juries and from first to last place with televote. Serbia , Greece …. and many countries suffer because change of voting from 2013.

I thought it would be a ballad of epic proportions, but now it’s rap?
I smell catastrophe and huge disappointment coming. Mixing to many elements together has never worked, especially in ESC.
Still, knowing Bosnia’s different eclectic style this could turn out well. Now I can’t wait!

I had my concerns when Deen was mentioned but then the trio gave me hope.
But now a rapper? *rolls eyes*
I already hate this..

Hmmmm…hope it doesn’t turn out the way Armenia did last year. Knowing Bosnia, it’s going to be eclectic and different, but likely in a good way! Time will tell! Glad to hear they’re singing in their native language! Bonus points from their Balkan neighbours!

Exactly as Padraig said, this is WAY too much!

Plot twist: Bosnia wins Eurovision lol now seriously, I’m really looking foward to hear the song, I think I’ll really like this one, plus is not in english

Sounds like a hot mess of epic proportions tbh, at least we won’t be bored.

A rapper, a Balkan balladeer, a violinist and Disco Deen! What sweet hell have they planned for us? :O