We are getting close to Estonia’s national selection for Eurovision Eesti Laul 2016, which kicks off on February 13. In recent weeks the Wiwi Jury — our in-house panel of music unprofessionals — has been listening to and reviewing all of the songs. Next up is Jüri Pootsmann with his song “Play”. He sings a soul ballad courtesy of composer Stig Rästa, who wrote and sang Estonian 2015 entry “Goodbye to Yesterday”. Did we appreciate his new Eurovision bid? Read and find out!

Mikhail: Mesmerizing! The production of this track is beyond! It has an amazing set of instruments, which is really great. Moreover, it has Jüri’s voice, which is deep, wich touches your soul and gives you goosebumps. Also, his look may seem cold, but it goes right through you like a laser! I absolutely love it!

Robyn: Stig Rästa isn’t taking a year off. He’s still bringing his songwriting A-game, delivering another moody, 1960s-inspired tune. Jüri has a great voice (among other things), dripping with loads of drama, cool and attitude, and YouTube suggests he’ll be just as good live. This is one of the strongest songs in Eesti Laul this year, and I’d be very happy if it went to Stockholm.

Deban: Dreamy pop veiled with silky sex — I LOVE THIS! Pootsmann’s voice penetrates the soul, and the production on “Play” keeps me guessing throughout. The key change at the bridge provides enough sensory variety. However, it doesn’t depart from its core. Yes, Stig Rasta composed this, but Pootsmann gives it life!

Angus: Jüri’s voice is dreamy. Pure silky sex, the vocal floats over a production that tingles and bristles with intensity that is difficult to find in the rest of the entries. As Jüri sings, “we we ain’t got all night”, and in three minutes he hooks your attention. Let the record play.

Bernardo: My second favourite and probably the winner. Jüri owns a powerful, deep, moving voice and Stig Rasta has delivered another brilliant piece of writing. I see this working perfectly at the national final and with the correct performance it should score a final spot at Eurovision. Bravo!

Anthony: Having obliterated everyone else with Elina Born at Eesti Laul 2015, Stig Rästa has passed down his composing talents to a possible successor. With Stig’s influence and Jüri’s silky soulful vocals oozing with depth and emotion, the two have blended together perfectly. It’s a definite contender and should it win, Estonia have got themselves another fantastic Eurovision entry.

Luis: This is brilliant. Stig Rästa worked his magic again and Jüri transports the song to another level with his attitude. Somehow he manages to give his voice many interesting textures without excessive vocal choreography in a Sinatra-esque way. It so easy to fall in love with it. In the end, “Play” feels rich, solid and appealing. It’s even sexy, and here’s a straight guy writing that! I love it.

Antranig: I’m predicting Jüri Pootsmann as the runaway winner. His voice is dark and seductive and Stig’s exceptional songwriting talent shines through. Estonia would be making a big mistake by sending almost anybody else to Stockholm — I think this could go a long way at Eurovision.

George: I really like this song. It combines many things I like and it’s just another proof that Stig Rästa owns the thing… And of course Juri’s voice fits perfectly. It’s a really strong song in a really strong NF and I can see this doing really well at Eurovision. The only negative thing is that when it’s over, I want more…

Sinan: Oh My Godness! Very strong song by Stig Rästa, again! And Jüri sang the song magnificently well! One of my favorite songs in this years selection! I like the style of the song, something like a song of Adele. I love these kind of songs!

The highest and lowest scores are removed before calculating the final score. We have dropped a low of 6 and a high of 10. 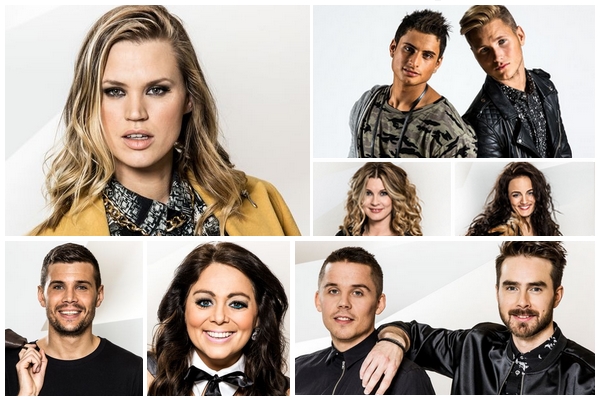 Melodifestivalen: Lyrics and performance details revealed for semifinal one

@bogtrotter I swear I’ve seen comparisons to Draco Malfoy before… but hey, I can deal with sexy Draco Malfoy! Top Male Model, anyone? The only negative I have with this song is that it’s a bit ‘flat’, I guess you could call it. It’s sultry enough to keep a person interested, but there’s not much movement or changes so it could turn a few away. Other than that, how can anyone have such a deep voice? HOW? Love the vintage, old time-y feel. Also loveloveLOVE the drama of the song… it’s carried well throughout without making it feel too overdone.… Read more »

I love it but at the same time, I really can’t predict anything, it’s a very shaky entry, maybe it’ll be top 5 in esc maybe it’ll be 15th. I don’t know.

This obviously a very strong entry, but it’s not like GTY which absolutely everyone was in love with. It will most probably win EL but I see it ending up somewhere from 6th to 14th place in the final

I liked this when I heard the studio version but after I saw him perform it live, I fell in LOVE with it, my second favourite after Seis and probably the winner

@mimmi
It seems there is now a counter reaction that causes every somewhat understated song to get a 10/10 in some of these reviews. I mean, this song is pretty good and it’s in a genre which we haven’t yet heard this year, but for a song like this to really be great it has to have an emotional undercurrent which, personally, I don’t hear. Maybe because the ‘play’ metaphor is completely undeveloped in the lyrics, I don’t know.

Can’t listen to the studio version in the US :/

@mocosuburbian both of them did very well in the contest.

@mimmi Kuula and GtY were both overhyped fan favorites that didn’t do as well as everyone predicted, not sure what your point is

And it starts again… boring and forgettable? A lot of people said the same to Goodbye To Yesterday and Kuula as well and to many other entries from another countries who later succeeded. This song has class unlike all the other songs that are chosen already. And you haven’t seen the performance yet. He is going to slap you with his badass charm and charisma.

I don’t get the appeal?

Just WOW!!! I’ve been listening to it for hours, Jüri has to be in Stockholm. Seems good songs start arriving.

I think it would be forgotten on the night of 26 performances at the final.

This is song is too overrated. You can listen to it for few times, then it gets boring. I know his voice is amazing, song has interesting instruments, but that’s not enough.

This is definently the best of the bunch. It’s going to be between Jüri, Laura, Grete and Cartoon (maybe Mick Pedaja?). Im hoping all the hype around Grete and Laura is just the Eurovision fans. “Supersonic” is 97th in the ITunes charts in Estonia. Immortality is 55th. Grete or Jüri don’t even make it into the top 200. Although “Play” was in the top 10 on Estonia’s Viral Top on Spotify for some time. Either way none of the Eesti Laul songs are getting a lot of attention here so the winner will most likely be the one delivering the… Read more »

Goosebumps throughout, deserves to win the whole thing, brilliant songwriting and production and he is an absolute gem of a singer

Well-composed, well-produced and probably the winner of Eesti Laul.
Personally, I think Mick Pedaja would be the way to go but this is so much safer and guarantees Estonia a spot in the final.
I think we will be seeing this in Stockholm.

If this is Estonia’s choice (and the Wiwi-jury seems convinced in advance that this is the only good option, even though this is a musically interesting selection with mostly out-of-left-field yet well-written tracks), then it flies straight to the top for me. Draco Malfoy with a sultry lounge voice and snappy song that keeps you hooked? Yeah, sign me up. Even though this wouldn’t be my personal favorite (just based on my own music tastes), I still recognize it’s tremendous hit potential and its writing is a million times better than any song that has been definitively selected so far.

Would be a fantastic successor to last year’s masterpiece.
9/10

Okay, PAUSE!!!! (See what I did there?) How is this rated so highly collectively?
If the feeling I’m supposed to have with this song is not emptiness, then it failed at what it was supposed to do. After a while, I just forget about this number. Yeah, his voice is good and all, but I really don’t have any connection with this song. It’s still kinda decent in its own right, but I don’t find myself hitting the rePLAY button on this song.

I’m feeling the soul that this song gives, and i’m feeling Juri’s magnificent voice – the song works perfectly for him. It’s the perfect tempo to create a sensual atmosphere and damn this is just oozing it! I have to admit, I didn’t like “Goodbye To Yesterday” , but this is a step in a better direction for me. There is something that just seems missing though, but I don’t know wha tit s so it may just be me here.

I’m sure this will win eesti laul but I’m not sure how well it would do at Eurovision as I don’t think it’s nearly as good as last year’s effort. Maybe mid table 10th to 14th?