This marks this year’s second withdrawal from O melodie pentru Europa, after the Belarusian-Moldovan duo Katherine and Litesound withdrew their song “Imagine” from the national selection, which was replaced by Valetina Neje’s “Va fi tarziu”. Broadcaster TRM is yet to acknowledge Elle’s withdrawal and to find a replacement for the semi-final.

Elle started off on the wrong foot when Tania Cerga, an original band member alongside Dara and Natalia Barbu, decided to leave the group shortly after “Tare” was submitted to TRM. She was replaced by the Romanian singer Ale Blake, and the song was also replaced with “Extaz”. However, because the deadline for submissions had already passed, TRM did not take “Extaz” into consideration, although the girls were allowed to perform the song at the live auditions, out of the contest.

Natalia and Dara performed “Tare” as a duo, and the song advanced to the semi-final stage.

“Tare” is fan favourite as well. According to our poll, Elle’s song currently ranks third in our reader’s preferences, behind Lidia Isac and Doinita Gherman’s entries.

Now that “Tare” will be withdrawn, it remains to be seen who was next after Valentina Nejel under the qualifiers line. And will that act have time to prepare and rehearse for the semi-final?

Moldova’s national selection seems to be plagued by allegations of corruption and funny business, and this year makes no exception. Last year the selection’s winner Eduard Romanyuta was openly accused by his fellow contestants and the press of bribing the jury (allegations he denies). Unconfirmed reports from unofficial sources say that this year yet another contestant has bought their ticket to Eurovision, but as of now there is no proof to these claims and no official statement regarding this issue.

What do you think about this debacle? Will you miss “Tare” from the Moldovan selection? Sound off below! 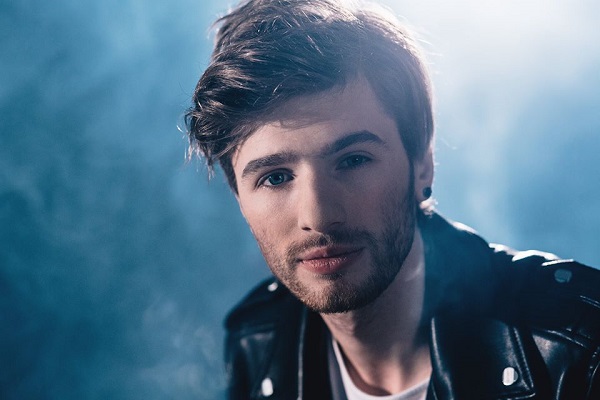 No final for Moldova again, Litesound and Tare withdrew 🙁 the only good songs 🙁

Even Laura Tesoro with “What’s The Pressure” is better than Ace Wilder’s “Don’t Worry”.

Too bad, however nothing strange. Moldova is in crowd protests, protesters clash with police and demand government to resign. someone from govt stole big amount of money and they can’t trace it. Transnistria occupied by Russian “peace keepers” adds to unpredictability. Moldovan have great voices and they want to participate no matter what’s going on in their country – I can understand it, as we, Ukrainians, do the same – we participate even when every day our soldiers die from attacks of pro-russian forces, while our land is annexed and our people held hostage. Maybe in this situation televoting is… Read more »

I think they should just scrap this final and internally pick someone because honestly, the best song never wins in Moldova.

This a country wide problem. Corruption is still high in Moldova, I think it was on BBC News that said that it is one of the reasons Moldova hadn’t entered the European Union.

If this is true, this is damaging for Moldova.

Things are not always as it seems and not always “fair” in National Selections especially when it comes to running order for example. It seems much more happens?

We will probably not get to the bottom of this one.

Is it just me, or is there often some inner drama in Moldovan selections?

Actually happy for it. Now more chances for Lidia Isac. 🙂

Eurovision is always cheated, but if Ace Wilder with this crap “Don’t Worry” will be in top 5 in Stockholm 14 May 2016, this will be the biggest fraud in the history of this competition.

Well this is such a shame, why don’t they just go internal then?

It was obviously rigged last year since he suddenly went from 4th in the jury to winning and receiving a suspiciously large amount of televote from such a small country. It seems since 2014 TRM doesn’t really care. At least Boris didn’t bribe his way through the contest and it’s a shame he doesn’t return. I think the act pays for the organization of the event because in 2015 the stage looked quite expensive. Back in the early days of Moldova the acts that competed in the national selection had to pay half of the participation fee if they didn’t… Read more »

Moldova is a big mess, I don’t know why they even bother. They’re probably going to withdraw next year if they don’t qualify in May for the third time in a row…

I heard from some sources that they say Lidia Isaac have already bought the victory, if this is true or not we probobly will see in the live shows…if we watch them…

They should just internally select the ~highest bidder~