The Wiwi Jury — our in-house panel of music unprofessionals — is still in Hungary reviewing A Dal performances. Today we listened to Nika with her song “Emlékkép”. She brought some projection mapping to her face, but were we as impressed by the song? Read on to find out… Angus: The amazing effects at the start of the performance are the main talking points here. The light show is dazzling, but beyond that the song itself rapidly proves uninspired and the vocal performance, though powerhouse, is hardly remarkable. More thought about the composition rather than presentation might have produced a better end product here.

Antranig: The first minute of Nika’s performance is filled with some futuristic realness. Who needs an LED backdrop when you can project onto your face? The song is fun and Nika’s vocals are spot on — at times it feels like there is too much going on but overall it’s an attractive package that sounds good in both English and Hungarian.

Dayana: The lighting game is strong in the beginning, but as soon as it disappears we get to face a typical Eurovision performance and song. Nothing new and special is added, however I have to admit that Nika’s vocals and powerful chorus are really appealing.

Robyn: This is the legacy of Måns: projection-mapping comes to national finals. “Emlékkép” starts off looking all avant garde and amazing, but it soon drops that (what singer wants to stand perfectly still for three minutes?) and Nika gets to unleash her diva styles. I don’t find the song all that gripping or memorable, but it’s a fun performance.

In the Hungarian jury we have nine jurors but only room for four reviews. The remaining five scores are below!

To reduce potential bias, we drop the highest and lowest scores prior to calculating the average. We removed a low of 2.5 and a high of 9. 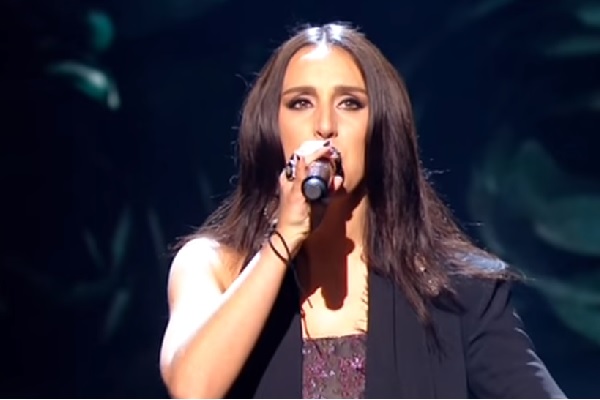