After two withdrawals, it’s time for some good news from Moldova. Broadcaster TRM is going to keep us entertained even during the voting break. Aliona Moon, who literally rose to Eurovision stardom in Malmö with “O Mie”, has confirmed for wiwibloggs that she has been invited to perform as the interval act at the First Semi-final of O melodie pentru Europa 2016 on 23 February.

Aliona Moon was the last artist to bring Moldova to the grand final. Her show-stopping performance of “O mie” ended in 11th place out of 26 songs, receiving 71 points.

Despite being a fan favourite, Aliona Moon decided not to enter Moldova’s national selection this year. She was invited to enter Romania’s Selectia Nationala, but she told the Moldovan press that the songs she received reached her too late in order to record something amazing that would be worth submitting.

Aliona has enjoyed some success in Romania and reached the final at The Voice of Romania. Last year, she released “Loc pentru dragoste”, but despite the support from her The Voice mentor Smiley, the song failed to chart.

Nonetheless, she remains a highly respected star in both countries, hence the invitation to be the interval act in Moldova this year. After the semi-finalists finish their performances, Aliona told us that she will take to the stage and, besides her old hits and of course “O Mie”, she will also belt out four new songs together with her newly formed band. Expect amazing vocals and hopefully the return of the poll-winning projection dress!

Aliona’s performance in Malmö marked her second consecutive Eurovision stint, after she was Pasha Parfeny’s backing singer — and dancer — on “Lautar” in Baku, Azerbaijan in 2012. That song also finished 11th on the scoreboard.

We can only hope that Pasha will also join Aliona Moon on the stage in Chisinau. That’ll be our Tuesday evening sorted!

Moldova’s first semi-final will be broadcast live on the TRM website on 23 February starting 19:00 CET. The second semi-final will take place on 25 February, while the national final is scheduled for Saturday, 27 February. Will you tune in to the sounds of Chisinau? 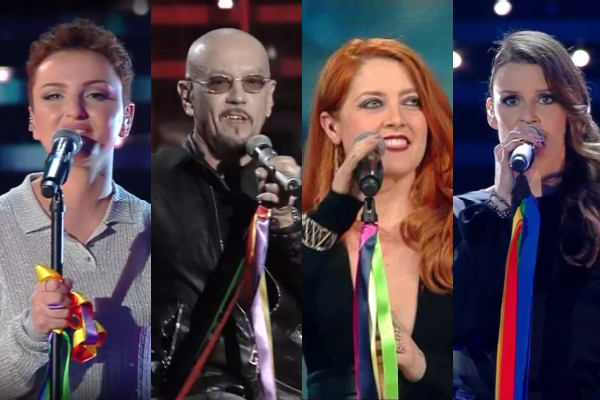 Love her ,O mie was one of the best moldovan entries ever!

I’d have no problem with her being the next Valentina Monetta – get her back a couple more times at least!

(But also Valentina. Every year. Forever.)

I looooove “O mie” …. So underrated, amazing news from Moldova!!!