Muri & Mario are amongst the ten acts competing in Saturday’s Dansk Melodi Grand Prix, Denmark’s national selection for Eurovision 2016. The duo are already extremely popular, scoring a number one hit in 2012 with ”Hun tog min guitar”. Can “To Stjerner” bring them even more success? We caught up with the pair earlier in the week. They’re men of few words (is this a trend in Scandinavia?), but their message rings out loud for us all to hear. 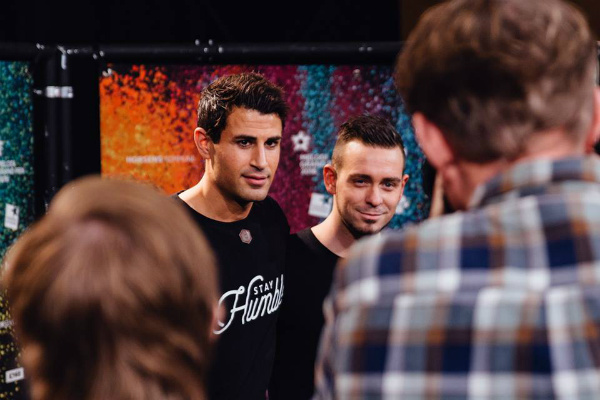 How would you introduce yourselves?

Our names are Murad Mahmoud and Mario Sciacca.

How did the two of you meet and why did you decide to become a duo?

On Myspace in 2007. Mario made the song ”Mio amore” in Italian, and Muri wanted a new version in Danish and Italian so we made that one in 2008/2009. We were so surprised about the 500,000 views on YouTube so we decided to continue together.

What are your roles in the duo?

Muri is the soft vocal who sings in Danish and Mario is the the one who’s singing the Italian/Latin parts.

You have been singing together since 2009. Why did you decide to enter DMGP this year?

The Danish Music Contest asked us many times. In 2012 they asked Muri as a solo artist and in 2013 they asked us to perform as a duo for the first time. We said no because we wanted to have a few hits in Denmark first. In 2014 a friend asked us again. In 2015 we finally said that we are ready for 2016 and now we’re here.

What is ‘To stjerner’ about?

Its about love. Love can be difficult, but it also gives you a really nice feeling. ”To stjerner” (Two Stars)  is like you can reach them when you see them, but you can’t.

You’re the only ones singing in Danish this year. Why did you decide to do that?

Because it’s a Danish Music Contest the Danish people will only understand our message about spreading love when it’s 100% in Danish.

Will you keep it in Danish if you win DMGP?

No, we already have an English version with two Italian verses.

Can you tell us a little something about the staging?

Who do you think will be your biggest competition?

I really don’t know, because we are only focusing on our own song. 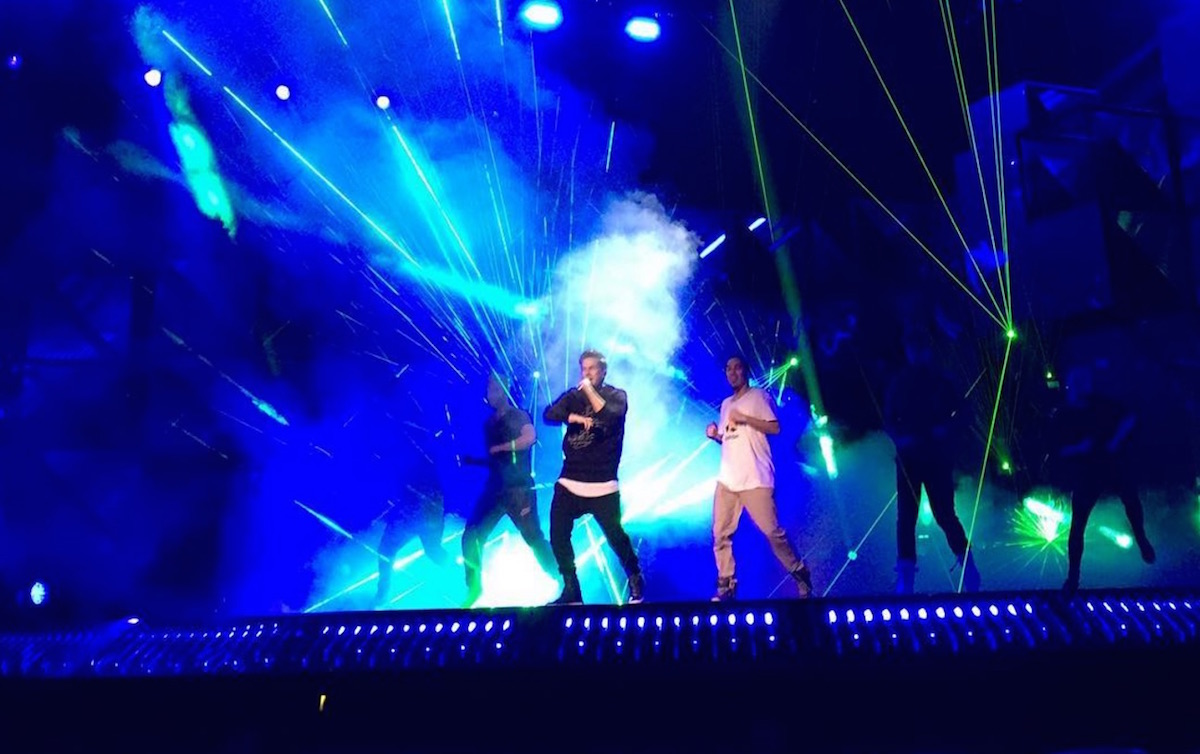 I think about 80% of the reason this is my second favourite (hai Simone!) in a very strong field is because it’s in Danish. It would still be good in English, but it’d lose some of it’s fun and easy vibe I suspect, and become more… Eurovision-y.

Great song! The only one I truly like in this year’s MGP. I’m afraid it could lose strong if it’s sung in English.

If they won’t sing in English at ESC Simone can win easily i think they were her only competition at DMGP.

Murad Mahmoud and Mario Sciacca are on stage Muri and Mario.

Awful song! Simone for the win!

Hope they will choose these guys.
Best song by far.

Not in danish? bye felicia