Earlier today, the Wiwi Jury — our in-house panel of music unprofessionals — gathered in Riga to discuss the contestants participating in Supernova 2016, Latvia’s National Final for Eurovision 2016 . Today we look at Markus Riva, MyRadiantU and Martinš Ruskis. Want to see the jury’s verdict? Read on!

Zakaria: A very safe choice for Markus Riva. His voice doesn’t shine on this track and I fear he might not be able to vocally keep up with the rhythm towards the end of the song. All in all, this song doesn’t live up to our expectations after “Take me Down”.

William: Some will call it generic, others will call it predictable. But for me those facts don’t take away from the pleasure and the ecstasy of this song! Fitting with Markus’ high-glam look, “I Can” feels very expensive. The gorgeous melody could be played in a Hollywood blockbuster or at the gates of heaven — when he sings that he wants to see this chick again, I can’t help but cheer him on. The production gives this a real sense of urgency yet it’s filled with hope and inspiration. Give the man a wind machine and let’s call it a winner!

Josh: I love Markus Riva. If you don’t follow him on Snapchat – do yourself a favour and jump on that bandwagon because some of the views you get. Oooh gurl! About the song, “I Can” is a far safer bet than “Take Me Down” from last year and I don’t think it’s paying off as much. It’s an inoffensive pop track, but I don’t think it showcases Markus’ vocals very well. It’s just okay.

Robyn: “Take Me Down” was my favourite national final song last year. I was obsessed! So it breaks my heart that “I Can” is nowhere near as good. “Take Me Down” played to Markus’ strengths, while “I Can” is Markus forcing himself into a very ordinary role. But here’s the crazy thing: while “Take Me Down” wouldn’t have been a good choice for Latvia at Eurovision, but “I Can” might do ok. I’m still left wanting so much more, though.

George: Oh, this is a typical Eurovision song and it’s not bad at all. It features a simple-yet-nice melody and a really beautiful voice and the result is quite good. After a certain point, though, it becomes really repetitive and the whole thing loses from that. It’s obviously weaker than “Take Me Down” and since the latter didn’t win Supernova last year, I think “I Can” actually can’t win this year.

Sami: It’s true that it’s miles away from “Take Me Down” but enough of comparing — on its own, it’s a great song. Markus’ voice is great, even though he is not the best live singer of the bunch. The lyrics are very hopeful and positive, and the song somehow has a haunting atmosphere. It obviously isn’t winning Supernova this year, but I wouldn’t mind having this in the final.

MyRadiantU – “We Will Be Stars”

“We Will Be Stars” Reviews:

Sinan: This song is my second favorite after Markus’ song. They have very beautiful voices that grabbed me from the first listen, which is very important for Eurovision! I hope they will do well with the live performance!

William: The wistful opening notes draw me in and his quirky, vulnerable vocals keep me there. Their voices are unusual and combine to great effect, creating a chorus that is both memorable and catchy. Digital production helps them achieve that, but it’s really an afterthought for me. This is all about their other-worldly voices. If there were a nightclub on Mars, I imagine they’d play this. It’s just so futuristic, so 2065.

Patrick: This song has a pretty recent sound to it. It is really radio friendly and nice to listen to. I don’t know how to describe their voices but combined they are really in confluence. It is surely not an outstanding song and wouldn’t do well in ESC, but hey, I like it!

Antranig: There’s only one song in Latvia I fell in love with on the first listen, right from the very first note — this one! MyRadianuU is an intriguing, if not bizarre, band name and they’re serving up an amazing song. The harmonies work perfectly here and the music blends electronic beats with a subtle melody very well. It makes me want to close my eyes and sway along.

Josh: “We Will Be Stars” is okay. Some of my wiwibloggs colleagues are losing their minds over this song but I fail to see the hype. 2015 was the year of the duet. MyRadiantU is 12 months late to the party – thus making this song sound a little “been there, done that.” It’s still an okay song, though.

Robyn: Every time I try listening to this song, other things grab my attention (basketball players, memory foam pillows, chewing gum). I keep coming back to “We Will Be Stars”, but again something else more interesting grabs my attention. That’s the trouble: it’s a very pleasant song sung by two lovely singers, but it’s so dull. There are indeed so many more interesting things than this song.

Luis: Hi Moldova, one of your contestants got stuck in Latvia. Would you please pick him up? Thank you, he’s disturbing the pseudo-modern Supernova 2016 sound. See, he might think a bland love ballad can work in 2016, but let me tell you something, it doesn’t. And now may I please ask for the three minutes I lost with this? I can use them to listen to Justs again, for example.

William: This is awful. He can hold the stars all he wants, this song will not help him become one. The production is dated and the melody sounds like it belongs in an off-off-off-Broadway student musical. I’m sure he has a nice voice, but not even Mariah Carey could save this. Forgettable. Dire. Done.

Josh: “Still Holding Stars”. Sorry Martinš, but it’s time to let go of the stars, because you’ll never be a star. The monotone voice, in combination with the dreary, dated instrumental makes this ballad virtually unbearable to listen to. I can’t deal with this at all. But, because I’m a nice person, I’ll award him a participation point.

Edd: I do not believe for one second that this deserved to make the final 20. Awful English, zero star quality and a production soggier than my pants when I listen to Samanta Tina. It’s not even funny bad, its just bad.

Robyn: I feel like I’ve travelled back in time 20 years and I’m at a meeting at RTÉ where the Irish broadcaster is trying to decided who will be their pick for Eurovision 1996. But for 2016, while “Still Holding Stars” is a completely adequately performed song, it feels so old-fashioned. Not in a classic or retro way. More like someone who has been living in a bunker for the past 20 years, cut off from the outside world.

Anthony: This song has the potential to do very well — as a cruise ship crooner. It might make a pleasant, if not a tad cheesy and dated romantic background music, but I can’t see this going anywhere, let alone Stockholm. I’ll be very surprised if this makes it past the heat of Supernova 2016. As co-writer of “Still Holding Stars” alongside Annija Veide, must try harder next time Martinš.

The highest and lowest scores are dropped prior to calculating the average score. This is to remove outliers and reduce potential bias. We have removed a low of 0 and a high of 4.5.

So, what do you think of these songs? Let us know in the comment box below… 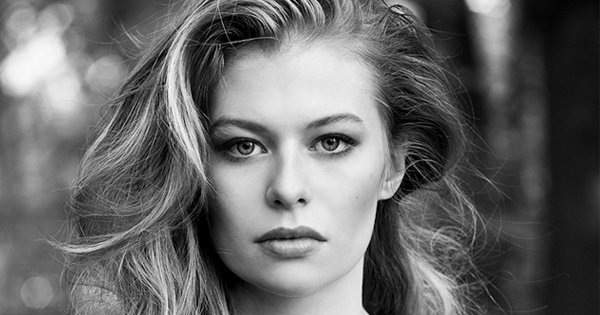 Zoë Interview: “It’s all about giving music to people…” DMGP 2016: We listened to Denmark’s finalists and filmed our reactions

Markus has clearly taken a step down from Take Me Down. The song is a reject late 90s boyband song. Lets see how his vocals hold up. Only way I see this going through is if the public get behind him.

Markus is hard working and knows what he wants. Kudos and respect for that! He can!

Agree with LATVIA.
Markus Riva is just a let-down.

Good points! Honestly, I have more and more respect towards Wiwijury. I don’t agree with everything they say I agree, but they have their point and they definetely know how to loosen tightness up.

Oh wiwijury, the ones that say “Heartbeat is only popular because Aminata wrote it” while they are fangaying about Markus Riva, just because it’s Markus Riva.