She may be known as Veronica’s Illusion, but Veronica Jensen is lovely, down to earth and 100% real. The contender for this weekend’s Dansk Melodi Grand Prix spoke with wiwiblogger Sopon earlier this week about her ideas for the Danish national final, her entry for DMGP “The Wrong Kind”, and what she hopes to accomplish with her music and her fans.

We love your entry “The Wrong Kind”, and we are keen to know how you started in the music industry. Could you tell us how you began your career?

I sang in a choir when I was younger, and that gave me a lot of motivation to try and make it in the music industry as a solo artist.

Your sound is very dance-pop. Do you have any musical influences?

Oh my, there is so many! It’s so hard to choose. But I’m influenced by everything from Britney Spears, Michael Jackson, Phil Collins, Bon Jovi and so many more.

Do you hope to influence others with your music?

Absoulutely! It means everything to me to be able to touch people with my music. I love seeing my fans have a great time at my shows and it’s so important for me to let people enjoy themselves, let themselves go, and live out their feelings–even if it’s just for a couple of hours.

How did you feel when you found out you were chosen to compete at Dansk Melodi Grand Prix?

I totally wasn’t expecting it! What happened was that my producers had asked me to record a demo for this particular song. And then they called me and told me that they had chosen me for the song and that I’ll be competing in DMGP. I was so excited and happy. I feel very lucky for this opportunity.

What makes “The Wrong Kind” so different from other songs competing in Dansk Melodi Grand Prix?

The song is the most up-tempo track in this years selection, so it’s already quite different in that respect. It’s also a catchy pop song and I just hope people enjoy it.

Why should Denmark choose you to go to Eurovision?

It’s a hard question for me to answer. I don’t consider myself a smug person. If they choose me, it would be a great honour and I’d love that Denmark would think I’m the right act to send to Stockholm.

You sing “Now baby, what are you waiting for? Get your sorry ass out the door.” What is the message behind these lyrics? Who is this directed towards?

I interpret the lyrics as if it isn’t a person that I am singing to, but rather a bad feeling. We all feel low and in a bad mood sometimes, so the song is for me to get rid of that feeling and look towards the happy feelings in life. It could of course also refer to a significant other, but I think the lyrics are bigger than that. But mostly, I think that people should interpret it according to how they feel personally.

What is something about you (personally or musically) that would surprise your fans?

I think the fact that I love all kinds of music! I think and believe that all genres have a funky feeling and great message. It goes without saying that my CD collection is extremely extensive.

Outside of music, what do you enjoy doing?

I love to dance! But most importantly, I love to be with my family and friends! I enjoy spending my time with people who give me amazing energy and make me smile. And if I can do the same for them, then my mission is accomplished.

And lastly, do you have a message for your fans at wiwibloggs.com?

I hope you’ll enjoy the show! I know everyone is working hard to do a great show. Hopefully I will succeed. And of course, love the time you have to be alive. Love life and be who you are! You’re the best version of you and no matter what, believe in yourself. 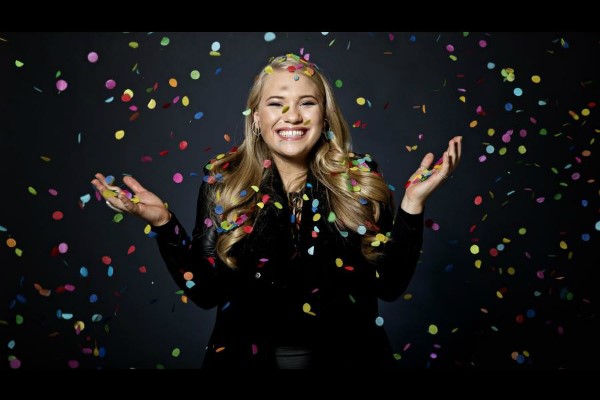 This is a nice interview. Thanks Sopon. 🙂