After an intense six-week stint at Melodifestivalen 2013 alongside Danny Saucedo, Gina Dirawi, one of your favourite Melodifestivalen hosts, has come back with a vengeance at Melodifestivalen 2016. Chief wiwiblogger William had a chat to Gina backstage at the second semi final in Malmö about this year’s selection in Sweden and the challenges she has to face in the coming weeks. With a bright personality, a wicked sense of humour and some luscious locks, Miss Dirawi is all about keeping it simple and real!

Gina feels very calm about her hosting duties this time around but at the same time excited for the changes to the format in Melodifestivalen 2016. She says, “It’s someone new every week. It’s very different. You need to get to know every person and get a good vibe with them. It’s easier when you’re with Danny. We were stuck together for six weeks.”

We also asked her about the possibilty of competing at Melfest in the future. Despite having a performance with Danny Saucedo with more than 500.000 views on YouTube, Gina’s answer is still a no! Sad face. “I have too much pride. I would not accept not winning everything. I don’t like losing. That’s why I would never even go there.” 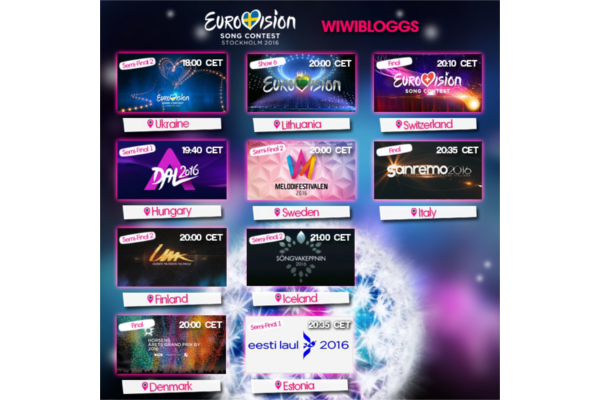 Poll Results: Isa had the best first rehearsal at #Melfest