Our Wiwi Jury is making its way through the UK’s selection for Eurovision: You Decide. With the final this Friday, we’re reviewing all six songs to determine who we want to fly the British flag in Stockholm. This time, we’re looking at Bianca with her song, “Shine a Little Light”. The track was co-written by, amongst others, Leona Lewis. Were we bleeding love for this one? Find out what we thought about the song below, and don’t forget to vote in our Eurovision: You Decide poll to have your say too.

Anthony: I can clearly see the Leona Lewis connection here. Bianca was once a backing singer for the former UK X Factor winner and Leona has channelled her influence on “Shine a Little Light”. It’s a decent mid-tempo song with a stand-out chorus, but my main concern for Bianca would be her live performance. As Iceland’s Maria Olafs found out, delivering it under the extreme pressure of 200 million viewers is no easy task.

Antranig: This is a classy production. A big name in the songwriting department adds credibility to a song that already stands out as one of the best in the competition. It’s not exactly going to get the UK back to the Top 10, but it would be an improvement on the disaster that was Electro Velvet. This would be a strong choice from what the UK has to work with. Chris: I hate the backing track to this song. I’ve said it before and I’ll say it again: it sounds like the demo track you get on a cheap electronic keyboard. Bianca’s voice soars above it, but I’m already too distracted because the whole thing feels cheap and nasty as a result. It might surprise me live and it could be revamped if it wins. As it stands though, I just can’t get behind this whatsoever.

Deban: Perhaps the most sophisticated and commercial of this year’s UK selection, Bianca soars and sizzles over the beats. This well-produced number has got radio potential, and could easily put the United Kingdom on the left side of the scoreboard.

Edd: This is less “shine a little light” and more “line a little shite.” It’s a solid song — professional production and an uplifting melody. It would be a good entry if it was actually sung by Leona Lewis. But Bianca’s voice just has no soul — and you can tell that songwriters just bought a singer, rather than her being an actual artist.

Luis: This is a very safe entry: a good voice, paired with a decent song, with a well-known song writer. The problem is that it passes unnoticed. Too okay-ish for a normal song, and too effortless for the UK. In fact, it could perfectly be amongst Lithuania’s NF entries. Is “Shine a little light” the best that the country with the biggest music industry in Europe can bring? Seriously?

Max: “Shine a Little Light” lacks originality, but its mid-tempo predictability is soothingly enjoyable and its chorus is powerful. I’m sure this would have enjoyed success as a Leona single — I sense an element of selflessness in her decision to not record it herself. Bianca’s vocals sound strong on record, but obviously we’ll see whether she can handle it live on Friday. This is the potential entry that delivers the most impact, and for this reason it’s my favourite for Stockholm.

William: The soulful opening, which has a slight Caribbean edge, is incredibly promising. But the first chorus and middle 90 seconds is underwhelming and repetitive. Potential redemption comes in the soaring and soulful bridge, but I think it arrives just a bit too late. I wish she could have started at that point rather than dragging us there with a rather insipid and forgettable middle. PS It feels like Leona wrote this for herself and not Bianca — something just isn’t connecting. 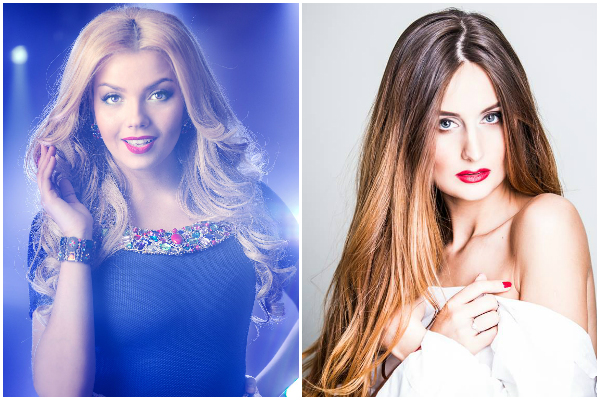 Prediction: Doinita Gherman or Lidia Isac should win in Moldova The song has no soul.

With good staging, this could at least reach Top 15. It has to be between Jake & Joe or Bianca to go to Stockholm.

The very first seconds of the song sounds like Hotline Bling

This would be bottom 5 in Stockholm.

dutchie Sweden has a lack f originality that’s their problem there problem non of thir ingers bring anything diferent they don’t bring a new sound. the biggest hings from Sweden is abba avicci. why? because they brought something diffferen. when y pay their song you know its from them. many of the popel in melfes don’t have this and if theyey get shunned to the side. adele ed sheerand and many others have their own sound and unique voices that’s why they do well. this is what swden need to do to be on the to. song writing wise they… Read more »

This song has lots of potential. I doubt it will be revamped though.

@iloveritallama
Then what does Sweden have to prove? In terms of songwriting and producing they’re probably equally successful as the UK.

Acts like One Direction aren’t super talented, they’re just a product of a team of producers and managers. If such a team wanted to produce a Eurovision winner, I’m sure they could. Maybe the BBC should save the money they spend on securing a spot in the final and spend it on hiring a hit machine 🙂

Rita I agre with everything you said! the uk dsnt need Eurovision. Unlike Sweden and other countries the uk have nothing they need to prove. if the uk put its most efrt in and adviertised the songs like they do with chart toppers we would win 90% of the time but who actually wants that.

I find amazing that the same people that say very convincingly that Eurovision is NO longer a song contest, still judge every entry to such detail and with expectations of originality (because Il Volo was so original as well as Mans) that when reading these comments you just cannot feel two things: hypocrisy and the desperate need for uptempo music, where the beats and grooves disguise any melodic and vocal mishap. It’s Eurovision … nobody cares … unless a ballad comes up and the hypocritical microscope attacks with no remorse whatsoever.

Either way, I like Bianca’s entry. If she can sing it live as good or better than her recording than it should do well.

I agree wholeheartedly with AndersP. Coming from USA who even has a bigger music industry…none of those people are going to come to this competition because of the fact that they are booked and, quite frankly, don’t need to be in this so called competition. They are quite successful without it. These songs are on par to what I hear from other countries. I mean, come on, Denmark, Sweden, Austria, Ireland, etc. all have the same type of pop songs with same formula that everyone falls for (because it works). Let’s look at these entries for what they are for… Read more »

I think this will win on Friday. I wish they had revealed the songs with performances in the Live Lounge yesterday, I think that’s what will set this apart. We need to get over the fact the UK has the biggest music industry in Europe; it’s that precise reason you can’t get a big name. Any big name act is probably booked up for the next 18-24 months, they’re not going to breach contracts and drop lucrative touring and promotional work for 3 months for what is fundamentally a Saturday night TV show. If they do have the time for… Read more »

The Caribbean edge confuses me, why is it there? It doesn’t realistically add anything good to the song, and just sounds a bit mashed in. Saying that, the chorus is actually rather enjoyable, it has a kick (which quite a lot of songs are missing this year), and you can definitely see that inner Leona within “Shine A Little Light”. Please, remove the random genre clips from your songs, UK – last year it was random scat, this year it’s random calypso, this song would definitely benefit from a couple of tweaks.

It’s not a bad song but it’s lacking something and it’s hardly a winner or even top 10 material. I really hope it doesn’t win on Friday. I’d be happy with Jake & Josh (if the song gets more production value) Or Darline (which is my favourite) however I do worry that Darline will go down the same way Ireland’s Molly Sterling did last year, which was a shame.

There must be something I don’t get, cause to me this song just sounds cheap and flat. If this was any good, Leona Lewis would have kept it for herself. 😉

This will be the winner on Friday.

Uninspired. Not going to do anything.

i don’t see any flaws in this. i love it and i hope the live version will slay all the naysayers this friday.

Bianca’s live vocals will be stronger than Maria Olafs, no worries there. But, I don’t feel the song. And, I can’t help but ask Leona that if she co-wrote the song then why isn’t she singing it herself?