Xavier Naidoo was binned and the Clubkonzert was cancelled. Now, after all that drama, ARD/NDR will finally stage Unser Lied für Stockholm. Tonight ten acts will battle to become Ann Sophie’s successor and try to get Germany back on the left hand of the scoreboard at Eurovision 2016.

But for Alex Diehl, who we caught up with ahead of tonight’s show, it’s not all about a good result. He lets us know what matters to him — and about the experiences that have led him to sing “Nur ein Lied” in the ULFS final.

Hi Alex! Thank you for your time. First of all: Can you tell us more about yourself and your life as a musician? Did you always know that you wanted to become a musician?

I’ve loved music since I was a little child. Playing instruments, writing songs, meeting with my buddies and making music together was a big part of my life. We always thought that one day we would be the biggest rock band on the whole planet. This was my childhood dream. During my teenage years I played in about five bands at the same time. I even quit school to follow my passion! When I was 17 I had high hopes and big dreams, so I finally decided to start playing my songs on the streets to earn a little money, but it was a hard time.

To answer your question: Yes, I’ve always wanted to become a musician.

You released your debut album in 2014, but people didn’t really notice you until you put the song “Nur ein Lied” online. What’s the story behind the song and what do you think makes it so special?

After these horrible things in Paris happened I did what I always do when I’m sad about something — I wrote a song. So it’s only an emotion, it’s really “just a song”. That’s the reason why I never expected this to become so successful. “Nur ein Lied” got about one million clicks overnight! My mobile phone was ringing the whole time the next morning and I couldn’t believe it. This felt so unreal! In the end I have to say, I’m very happy that so many people out there are sharing my dream of living in peace and taking care of each other.

Last year many Eurovision artists performed songs about peace and unity. Russian singer Polina Gagarina created a special stage with a lot of lights and a silhouette of the earth in the background to underline her message. Can we expect something similar from Alex Diehl on the stage in Cologne?

No, not really. A guitar, a piano and two friends playing the song in a little spotlight. That’s all you can expect! Only the message should count, nothing else. For me being a real singer/songwriter means conveying emotions to the crowd and singing about the stories that make us human.

The final version of “Nur ein Lied” was released on the German Eurovision website a few weeks ago. Why did you choose to include English and French lyrics towards the end of the song?

It was a VERY hard decision because I’m not that good in singing in French or English. My team suggested that I do that and in the end I agreed because I want as many people as possible to understand the message of freedom.

Some of your competitors in the German national selection “Unser Lied für Stockholm” like Gregorian or Ella Endlich already have a big fanbase and are well-known in Germany. Do you think this is an advantage for them?

Well, first of all: I’m not taking part in this contest to win it! I’m very thankful for even getting the chance to sing my song in front of such a big audience, since the whole of Germany is able to see my performance. That’s already incredible for me. If just one person will listen carefully to my song and will think about what he or she can do to make this world a better place, I already reached my goal. My aim is that my country really “gets” this song and maybe even Europe will. Everything else doesn’t matter to me.

And who do you think will be your biggest competitor in “Unser Lied für Stockholm”?

I think every act who is taking part in the show is a true musician. We should give hope and joy to the people by doing what we love the most – singing. To me it doesn’t matter at all which genre or sound an artist stands for, as long as it comes from their heart. The TV viewers will recognize if it’s honest and real. I think music can be more than just entertainment!

If you would win the right to represent Germany in Stockholm, what would be more important to you: to achieve a good result for Germany or to make people at home think about your message?

If I win, I would not take part at Eurovision to get 12 points! In general I’m taking part because I truly believe in the power of music and that people out there want to stand together for a world ruled by LOVE and PEACE. That probably sounds very hippie-like but it’s the only truth!

Thank you very much for the interview, Alex! We wish you “Viel Glück” for the show on Thursday.

Keep up with the latest Germany Eurovision News 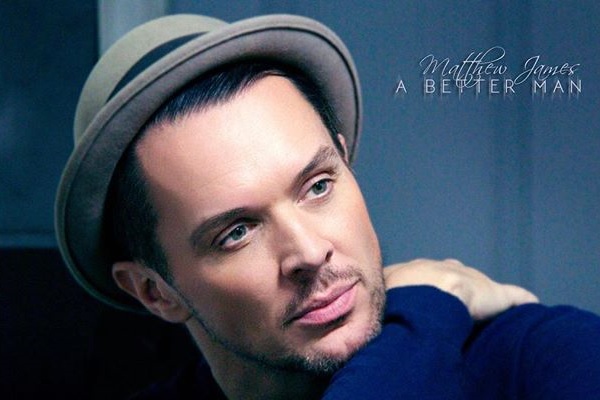 Australia: Act for Stockholm to be announced on March 3

I’m French. Thanks for this song but please Germany don’t send this song.

I’m from Germany and I really don’t want Alex to represent us. The message of his song is good but Jamie-Lee should represent us. I will vote for her 😀