There’s no stopping the Wiwi Jury as we move on to our fifth act of Eurovision: You Decide. In this review, we’re looking at the duo Darline with their song, “Until Tomorrow”. The band is made up of two singer-songwriters, Abby Inez and Cára Beard. As a group, the two have toured alongside The Shires in support of their 2015 tour. Find out what we thought about “Until Tomorrow” below, and don’t forget to vote in our Eurovision: You Decide poll to have your say too.

Check out the “Until Tomorrow” lyrics here

Deban: Saccharine-dosed country pop! It’s cute, but doesn’t lure me anywhere meaningful. The voices harmonise well on record, and overall, “Until Tomorrow” remains a well-produced effort. Unfortunately, this will never be a classic — and that is a missed opportunity.

William: Part country queen, part Celtic goddess, Darline have light and ethereal vocals that take me to their heaven. This is a sleepy song yet it’s strangely intoxicating. It is rooted in country-folk and yet has just the right about of pop to go mainstream. In a so-so field this is far and away the stand-out track — radio-friendly, rooted in 2016 and sung by two appealing starlets. Eurovision entry sorted.

Antranig: This song takes me to heaven and back. When I first heard it, I thought it was cute. On the second listen, I fell in love — it touched something deep inside me. These ladies bring youthful energy and “Until Tomorrow” is beautiful both lyrically and musically. Their vocals complement the song perfectly and with the right staging, I’m willing to bet this could sneak into the Top 10.

Chris: By far and away the strongest entry in this entire field. There’s a real vibe of First Aid Kit to these two girls, which would probably go down well in Globen. Not only that, but “Until Tomorrow” is an incredibly enchanting song and stood out as the winner from first listen. It also has the best bridge out of all six entries, which could be key on Friday night. Above all else, the UK must decide to send this song.

Max: How sweet is this! Cára and Abby’s voices harmonize beautifully, and “Until Tomorrow” is a song so innocent and pure that it’s difficult to criticise. I do worry that its lack of bite damages its memorability (à la “In Love for a While”), but I think effective staging may be a solution to this. I did originally favour Bianca over this duo, but this subtly catchy pop-folk song has grown on me massively and could well be the UK’s best chance of a decent placing at Eurovision.

Edd: I’m a sucker for country music, and this is ever so sweet and ever so genuine. Whilst I’d normally prefer something more upbeat (like Dulcima), these two have the edge, as they actually come across as completely credible artists. Judging by the success of bands like First Aid Kit, as well as the success of The Common Linnets in Copenhagen, this is by far UK’s best shot at the top 10. Anthony: “Until Tomorrow” is like an all-female UK version of Malta’s (wait for it) 2013 Eurovision entry “Tomorrow”, but with a much heavier country twang to it. The gentle vocal tones from Abby and Cára singing in harmony are simply adorbs, delivering a warm and fuzzy feeling. Staging would need to be kept simple in order for the girls to make a real impact.

Luis: This one is the right choice, UK. “Until Tomorrow” is a deliciously sung tune, with two nicely blending voices that manage to create a cozy and welcoming atmosphere. I love that they deliver a cute and lovely performance, but never cross into cheesiness. It might not be able to cause a great impact, let’s be honest, but I’m sure this can get the UK back to a good placing. And after Electro Velvet, that’s more than enough.

We have 14 jurors in our UK Wiwi Jury, but only have room for eight reviews. The remaining six scores are below! Australia: Act for Stockholm to be announced on March 3 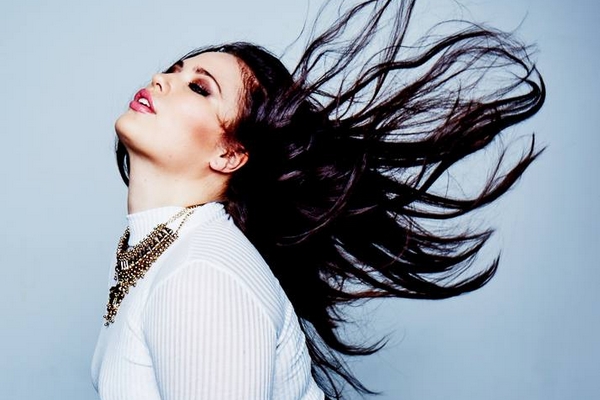 How about we remember how poorly ESC fans rated ‘Common Linnets’ before you start hypocritically shouting them down as “not as good as Common Linnets”? You, the ESC fans, placed CL around 20th in polls consistently. Lets not start fangirling now the European people placed them in 2nd place.

Considering, if EVERY poll is to be believed, we rated “Calm after the Storm” as average at best…

Overrated & risky song entry. If we’re expecting Common Linnets’ magic to be repeated through this song its not gonna happen. This might even bomb like Swiss 2011 or Malta 2014. Bianca’s Shine A Light is propably the best & safest entry to reach the Top 15.

I’m a little surprised to see it so well reviewed, though I’ve only listened to it once. The First Aid Kit comparisons are doing it no favours, because it pales in comparison to their stuff.

@David Who: “Then there is a brief cool-down and a pause followed by… a reprise in the same key! Is it too much to ask to do something a bit different in the third minute? Maybe add a countermelody, or even just raise the key a little?” Actually I think key changes are a completely artificial artifacts that is totally overused in Eurovision, and that most of the time renders the songs tasteless and tacky (like “Golden boy” last year, that literally sounded like they collated 3 unrelated songs together, or the Icelandic 2016 entry this year). This song is… Read more »

This is a great song for the first two minutes. Then there is a brief cool-down and a pause followed by… a reprise in the same key! Is it too much to ask to do something a bit different in the third minute? Maybe add a countermelody, or even just raise the key a little?
I like that it’s acoustic and it should work well live, but I wish the songwriters would tweak up their song a little; at the moment it’s missing something.

Sickly sweet and awful.
It would not get out of a semi-final so thank goodness, the UK does not have to participate in one.

This is actually my favourite from all the selections this year. Gorgeous song and if it wins, I can’t wait for it to prove some people wrong. I just hope the British public get behind it. It’s clearly the best (and only) chance they have!

This is almost as bad as James Foxes 2004 entry “Hold On”…what on earth makes you think anyone will vote for it if it goes through to Stockholm??! Having said that. .may still be the best of a terrible bunch.

I liked this song when it was played on mon & was my top for the uk then, but now i really really like it so much i think i would be genuinely gutted if it didn’t go to stockholm.

I do think it needs a little something extra which the live vocals might provide and would need a lot of thought on how to stage it appropriately(not the bbcs strongest area) so it wouldn’t be without risk by picking it, but for me its the standout song in the selection.

I loved that song, I love this song, but it will all but disappear in the final.

Overated. Upon first listen, I didn’t even pay attention to this song (not a good sign) It’s too slow and it doesn’t go anywhere.

Clearly the best song in the bunch, and if it was from another country could maybe reach the left hand side. Being from Britain, this year above most others, automatically refers anything that isn’t truly exceptional to the bottom 10 in the final, but it would at the least go a long way to resuscitating the UK’s reputation at least on the Eurovision stage.

I love this song. It tell about story about friendship and adventure. Like the theme song to stand by me

To me this is like Zoe’s Loin d’ici without the beat: it’s sweet, it’s syrupy, but it lacks substance. Its production is very radio friendly, and BBC Radio 2 will surely pick it up, but the melancholy undercurrent that made Calm After the Storm a hit is unfortunately missing.

The song could be more interesting – wish it were more country and less pop – but it’s okay and it’s probably the UK’s best choice. I think this song could really shine live. The harmonies could be more pronounced in the studio recording and I wouldn’t be surprised if it all came together really nicely in the performance.

This song is amazing and I’m so worried the UK public won’t realise it.

tbh I hope it will win tomorrow <333333333 IT IS AMAZING and it really can reach top 10 in Stockholm imo :3 also, they look cute, what is also kinda important at ESC stage :3

I love it, and I’m sure it’ll bring back the UK to a decent position. And with all the schlagger we’re gonna get in Stockholm, it will definitely stand out of the crowd.

To be honest – I’m really suprised of this ranking. I really can’t imagine this song doing well in Stockholm… Maybe I’m wrong