Over the past few weeks, the Wiwi Jury — our in-house panel of music unprofessionals — has been rating all of the songs participating in Unser Lied für Stockholm, Germany’s national selection, to determine our favourite entry. People fought. Friendships were made and lost. But from it, a favourite emerged.

Our jury for this edition consisted of 14 jurors from Australia, Austria, Iceland, New Zealand, Germany, the Czech Republic, Portugal, Romania, Russia, Spain, Greece and the United Kingdom. We are truly international, y’all. Each juror assessed each song independently, and awarded it a score from 0 to 10. Before calculating the Wiwi Jury verdict, we dropped the highest and lowest scores to reduce potential bias and outliers.

You can scroll down to see the final rankings along with the average score and some of our comments. Click on the song title to read full reviews.

The best: In one word, this is EPIC. Jamie-Lee’s voice is so subtle in the verses and then she hammers home one of the catchiest choruses ever — I find myself walking around all day whispering “tell me who’s scared now”. I imagine some Mariette-style staging — her “Ghost” will haunt Europe and stay in their minds when the time comes to vote. Enjoy the top 10, darling! (Antranig, 10/10)

The worst: It has a nice melody, but it is very repetitive. It goes on and on and on and by the end I get bored. Also, I cannot say that it is something wow, because I do not see any originality in the song. Just a nice background — that’s it. (Mikhail, 6.5/10)

The best: Those girls harmonise beautifully, both in the studio and live. I actually saw a live recording of this song, and they seem to love what they’re doing, and just sparkle with charm and personality. The song itself is fine, but those two are a dynamic duo, and could easily charm their way to Stockholm. Yes, I think I like it. (Kristin, 8/10)

The worst: Before they start singing, the music draws me in like the smell of bread coming out of a bakery. When I go inside, however, I find only a small slice rather than a whole loaf. There’s so much promise here but it feels incomplete. The great parts of the song transition into some really boring parts and by the end, I am thoroughly confused. (Antranig, 5/10)

The best: When I heard that Avantasia was one of Germany’s hopefuls this year, I completely fangirled myself! I LOVE this band, and religiously listen to them day in and day out. “Mystery of a Blood Red Rose” is their three-minute epic journey, and what a knock-out it is! It sounds like Meat Loaf, but he’s also a favourite of mine, so its all good. Like Masters of Chant, this would be a bold, but such a good move for Eurovision. And Avantasia will bring a solid show, along with brilliant vocals. They know their s***, and I bet that Germany will see its best results since 2010, should they go with Avantasia. Please Germany, don’t let a girl down! (Kristin, 10/10)

The worst: This is a bit mysterious and theatrical. It reminds me a lot of Meat Loaf, but that’s the exact problem – Meat Loaf was popular 20 years ago and I just can’t imagine seeing this doing well for Germany in 2016. Keeping in mind that Eurovision has become very modern in recent years, even with special genres doing well, this is way too unoriginal and old-fashioned. And it’s always a big risk to send a rock song unless you’re Finland. Next to the songs from Cyprus and Georgia, which both will feature rock elements, Avantasia maybe even wouldn’t stand out at all. Of course it’s well-produced but for me it really doesn’t work. Maybe as a part of a rock musical with a lot of dancers on stage dressed like people from the 17th century but please not for Eurovision. (Rick, 4/10)

The best: Germany is on! This is so beautiful and haunting. OK, I might be a bit biased here, because The Masters of Chant have had a solid place in my heart for years, but I don’t care. This is different. It’s actually on another level, and I fear that the German public will want a more “mainstream” song, like last year when they ditched Fahrenhaidt and Faun in favour of Andreas and Ann Sophie. We all remember how that turned out, right?  I say, give those guys a chance. They WILL deliver and bring some points home. A lot of points! (Kristin, 9.5/10)

The worst: Come on Germany, we are not filming another Hobbit movie, neither is it the 16th century. We’re talking about Eurovision! And I can assure you you’re going nowhere with that. I don’t say it’s not a good song, but it’s definately not a song that can stand at the Eurovision stage. So bring Ann Sophie back, please. (George, 1/10)

The best: Alex’s voice is warm and his song is inviting. I love this kind of cozy and pleasant song, and actually, I was feeling what he was singing. Although the lyrics might not be the most original ever, Alex manages to stay authentic and that’s impressive, especially in a year full of post-Polina pretentiousness. (Luis, 8.5/10)

The worst: Es ist nur ein Lied — it is just a song. A song that is just there, that simply exists and you can’t care less about it. I cannot even imagine where I could possibly listen to such song. Oh wait! On the streets of any city, because that’s what street artists do. But sometimes they are even more creative and much better sounding. (Mikhail, 4/10)

The best: Luxuslärm is my favourite German band and I was really exited to hear they’re participating in ULFS. When the song was released, though, I was kinda disappointed. I really wanted something more like “Lieb deine Träume” — that would definitely slay! I doubt, though, that “Solange Liebe in mir wohnt” can do equally good. (George, 8/10)

The worst: This is nothing special and it isn’t particularly memorable. Even though I can understand what she’s singing I can’t really remember the melody after listening to it — which is a bad sign. It feels like we’ve heard it a million times before. Germany has better options than Luxuslärm and I can’t see this doing well at Eurovision. (Rick, 2/10)

The best: Although this song has no climax, it’s my personal favourite. “Protected” actually makes me feel protected and safe — it’s even a bit magical. But I’m sure it won’t even make it to the superfinal as Germans don’t know Keøma at all and they probably think it wouldn’t stand out – which is false. This is so special and unusual that people would remember it after all songs have been performed on 14th of May. Maybe it’s only because I’m very nocturnal and this suits my typical “night mood” but I’m already a big fan of it. (Rick, 9/10)

The worst: Keøma has a great voice but does not have a good song. The music video reminds me of “Ain’t Got Time For Boys” but the song is nowhere near as good. It’s subtle and understated and it would get swallowed alive on a Eurovision stage. I’d like to see the singer try again with a very different song. (Antranig, 2.5/10)

The best: Ella, ich liebe dich! I love everything — her breathtaking voice, the nice music and the way these two combine. If they stage the song properly, it is just going to be an extravaganza “Adrenalin” explosion and I will be very happy to see it winning Unser Lied für Stockholm. (George, 9/10)

The worst: This song feels so repetitive. I’ve only managed to listen to it once, because on repeat listenings, I get bored after about two minutes. In fact, it’s so repetitive that it makes the looped version of Epic Sax Guy seem brief. Yeah, it could probably be revamped into something better, but this is Germany – they should be doing better than entering substandard songs in the national final. (Robyn, 3/10)

The best: I love this song. It’s fresh, it’s fun and it’s well-produced. I can imagine hearing this on the radio without any connection to Eurovision, which is good because I think that’s why the average TV viewer might also like it very much. The only problem is that this could struggle to stand out. So far we already have many bands and radio-friendly songs in Stockholm. The song itself is great! (Rick, 9/10)

The worst: The chorus is so annoying. The song feels like a scene from an American musical movie, where I’m locked in a candy shop and the shop assistants have started to sing and dance around me, giving me all kind of candies. Maybe for someone it might be adorable, but NO. It’s freaking scary and crazy! I don’t want any of these candies, I wanna go home. Also, someone has to fix the radio they use in the song, which is broken and making some horrible noise. (Mikhail, 3/10)

The best: Here we have a song that is powerful but it’s something I’d expect from Eastern Europe. For Germany, this feels a little out of place. Having said that, I love Laura’s voice and the song matches the singer very well. One of the best songs in Germany but I don’t think it would do well at Eurovision. (Antranig, 7.5/10)

The worst: I blame Polina. How many more decaffeinated and pretentious peace and unity songs like this will we have to suffer through this year? Laura’s anthem leaves me totally cold. And if a song that wants to be touching leaves you indifferent, there’s nothing else to say. (Luis, 2/10) 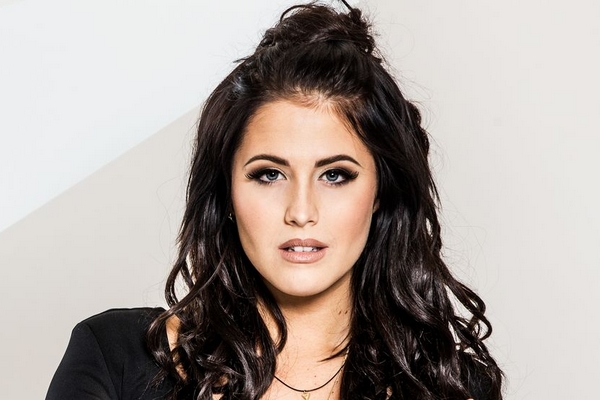 Melodifestivalen 2016: Molly Sandén is the Semi-Final 4 act you are most excited for

Jamie-Lee is the best out of the choices.

Since 2013 Germany has a bad relationship with ESC, and this will not change, if they will choose Jamie Lee Kriewitz. Gregorian is most probably better option.