Ahead of tomorrow’s final of Uuden Musiikin Kilpailu (UMK) 2016 — Finland’s national selection for Eurovision 2016 — Finland’s state broadcaster YLE revealed the running order for the final. Starting the show is Cristal Snow, while the hot favourite Mikael Saari closes the show. Next to that, YLE also revealed the ten jury groups, who along with the televote will decide the winner.

What can we predict?

We don’t know if the running order is made based on something, but we do have our suspicions. YLE wouldn’t reveal the running order before the early voting had finished — people could cast their vote for their favourite act for free through the official UMK site.

The running order might tell us something about the result of the early voting. This would mean Mikael Saari got the most votes, followed by Saara Aalto and Sandhja. These three artists have been also the favourites to win the contest among Finnish fans and the media.

Rather than having one small jury panel, UMK has 10 different juries representing different Finnish demographic groups. This year the juries will include Eurovision experts, musicians, media, Youtube stars, Finnish-Swedes, LGBT, parliamentarians, road workers, children and social media stars. Sadly we won’t have the taxi drivers in the jury this year, but at least we have road workers to replace the loss.

Unlike in 2015 when the jury only had 10% of the overall vote and televote had the 90% majority, this year the vote will be split 50/50 between the jury total and the televote total. Melodifestivalen 2016: Which Semi-Final 4 act had the best first rehearsal? 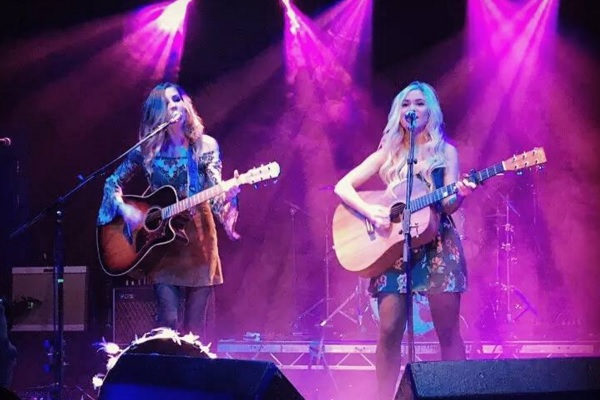 Poll Results: Darline is your favourite for the United Kingdom

Still a fan of Cristal Snow! But my second choice will be Mikael Saari.

I still hope Sandhja win the whole thing. She has a cool song and cool stage presence.

Before 3 heat of semifinal, my favorite was Saara Aalto. But , I m not fan after I saw semifinal performance, in one part of song , song is afull in part when sang female back vocals sang uuuuuu, and Saara Aalto did n have good hair style in semifinal. After 3 hear of semifinal my favorites are Tuuli Okkonen and Annica Milán & Kimmo Blom. My TOP 5 1.Tuuli Okkonen 2.Annica Milán & Kimmo Blom 3.Saara Aalto 4.Barbe-Q-Barbies 5.Mikael Saari then Eini and last Stella Christine But I think fight for win wili be between Mikael Saari and Saara… Read more »

Mikael Saari’s song is awful.
Does this mean I have to get fully behind Saara Alto?

Of course I like Saari, it’s a bit theatrical for Eurovision, so I’m not totally comfortable with it (Amaryllis got slated for that reason and it was way more toned down). I’m hoping for a shock win from Cristal Snow, Annica and Kimmo or Tuuli, imo those three songs are just gorgeous.

Considering the poll and running order, I give 95% of chance that either Saara or Mikael are going to Stockholm.