In the Republic of Georgia, performing at Eurovision can only send your career in one direction: up, up, up! Yesterday Nina Sublatti continued the trend by announcing that she will judge the new season of X Factor Georgia, which will kick off in April.

Speaking to Georgia’s OK magazine, the “Warrior” singer says she was taken aback after producers approached her.

”This proposal was a surprise for me,” she said. “This season will be enormously successful and I’ll try to acquire something new and different, with my ideas.”

The show has other Eurovision connections, too. Sofia Nizharadze, who sang “Shine” at Eurovision 2010, will also judge. You’ll remember her amazing voice and unforgettable staging, which included a series of bodies splayed on the floor. It was very “morning after the night before” — and very elegant. Her stellar vocals catapulted her to ninth place.

The third and fourth judges are journalist Giorgi Gabunia and Head of Rustavi 2 TV – Nika Gvaramia.

Nina Sublatti represented Georgia last year with the song ”Warrior” and finished 11th in the Grand Final. Ahead of Eurovision she emerged as one of our favourite acts. At the time one of our jurors wrote:

If I ran into this Gothic diva in a dark alley, I’d give her all my money as long as she promised to sing to me. She’s got soulful vocals that work well with this song about female empowerment. Part Janis Joplin and part Elvira, she had me hooked within seconds. At the national final I hated the bridge — she sounded like a cat giving birth. But her thoughtful revamp has turned that kitty into a tiger who roars with the best of them. 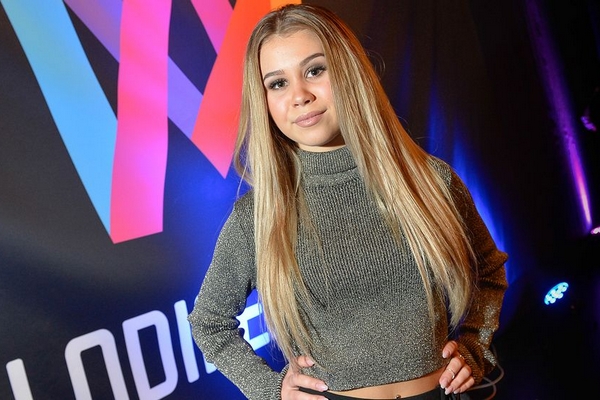 Melodifestivalen: Frans’ entry “If I Were Sorry” accused of plagiarism