One week after being announced as Australia’s artist for Stockholm, Dami Im has released a snippet of her entry, an edgy ballad called “Sound of Silence”. The full video will be debuted this morning at 9:30 CET.

Dami released a short snippet of the song on Twitter today (and a slightly longer version on Facebook) . It reveals “Sound of Silence” as an edgy ballad with an electronic textures, which seems to be building up to the style of big chorus Dami is known for.

SO excited to share a taste of my #SBSEurovision song! For the full vid watch @TheFeedSBS at 7.30pm! #SoundOfSilence pic.twitter.com/CbG2JFZm1j

Symphonies and dreams and highlights
Caught up in this crazy fast life
But baby, you’re not here with me

The lyrics tell the story of someone whose busy life keeps her from her loved one. “Caught up in this crazy fast life/But baby, you’re not here with me”.

One lyric could be problematic. The line “Trying to feel your love through FaceTime” seems to refer to Apple’s FaceTime video chat software. If that’s the case, it would need to be changed as brand names cannot be used in song lyrics (just ask Valentina Monetta in 2012 and Teo in 2014).

But if the lyric is actually referring instead to “face time” – that is, a scheduled face-to-face meeting with someone – the use would be acceptable.

The full video will make its premiere on the SBS current affairs show The Feed, which screens at 19:30 AEDT or 9:30 CET. Presenter Marc Fennell tweeted the news. He might not have said it outright, but we know what he’s talking about.

Dami Im has long been a fan favourite to represent Australia at Eurovision, with support coming both from Eurovision fans and her Dami Army fans.

The announcement of Dami strengthened Australia’s position with bookies, with the land down under currently the third most likely to win Eurovision 2016. With the release of “Sound of Silence”, Australia may prove to be an even bigger threat to frontrunners Sweden and Russia.

Dami Im to represent Australia at Eurovision 2016: our reaction

What do you think? Is the “Sound of Silence” snippet promising? Can Dami take Australia to its first Eurovision win? Share your thoughts below! 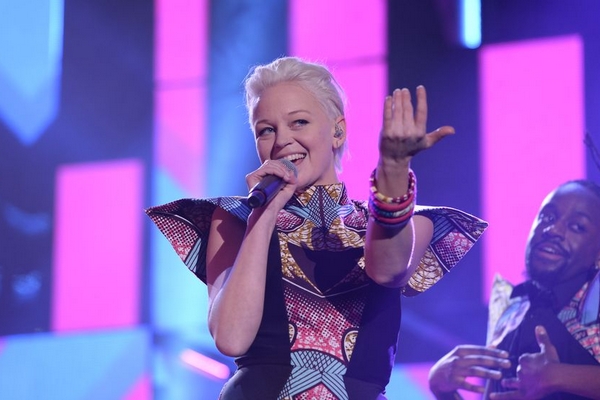 SaRaha at Melodifestivalen: “Kizunguzungu is dizziness caused by immense atraction and love”

How sad we are talking about anything but the song. Those who try & create division between people need to go back & listen to ESC songs about unity & inclusion. How quickly we forget about “We Are One” & “Building Bridges”.

Just heard the song not bad but not good either.in betwen .

Okay I gotta admit this is a pretty strong entry. Getting some Rykka/Agnete vibes though.
As long as they don’t win, I’m okay with every other placing for this lol.

@EugeneESCUK: I do remember that I have disagreed with you over the Sony comment on another article, but I’ll stand by my stance for now. I may be clinging onto false hope that somehow that isn’t the case, but to me it’s still too early to tell… Maybe give us a few more years, and we’ll see…? Boy, I’m smooth! ;P Also clinging onto false hope, but in the case that we do win, I hope we don’t host at Germany simply because they’re Germany… If anything, I’d prefer it if we partnered up with the runner-up and hosted there.… Read more »

I am not impressed by the song, it’s a pretty great song but sounds pretty similar to other songs. 5-10 place for me right now,it might change.

On the song: It’s a strong entry and will 100% qualify for the final. Winning is possible but unlikely, but no country is really ‘likely’ so far. On other things: Us Aussies have a fragile national ego. We know we’re good, but still have this national need for acceptance and praise from the rest of the world. In the past it was ‘cultural cringe’ – the belief that we were lesser than our brotherly nations – but now it’s evolved into pride at our abilities and achievements. We’re maturing. But we still need to feel welcome, accepted, and equal, which… Read more »

75% of Latin americans have european ancestors (mainly spaniards but also german, italian …) and most of North americans descent from english, irish, french… let’s invite all of them to eurovision!

I just listened the whole song and i guess we have a winner!

I hope the SVT doesn’t order Germany, Switzerland, Norway and Australia in a row.. LOL. they all sound almost the same

Chorus is so weak and repetitive, such an avarage pop power ballad. This song will not win the televote.

So in fact the video and the song will be premiered tomorrow at 9:30 (Spain’s time), not today as the article’s title says, am I wrong? Only asking thought! (I know Robyn is from NZ).

Honestly I get why people are against Australia being in the competition. This is a very good song from Dami (Kepp calling her Dani!) but just because your ancestors are European does not make YOU European. There are many people in Australia who do not have European roots. Australia is its own country/continent with its own history, culture and way of life. If the USA, Canada, and China (All countries with European roots and European connections) were in Eurovision I would be upset too and I LIVE in America.

@Tom, @Aussie: Speaking of ‘punishing’ in-group members… *sigh* You guys should probably cool your farm. There was nothing wrong with what Eugene said, and going at him like that is really uncalled for. If the only way you can express your disagreement is with a fit of insults, then you might as well shut it in the first place. @EugeneESCUK: As an Australian, I’m appalled at their behaviour. Despite some of the disagreements we’ve had over these posts, I’m sure that you’re a cool and lovely guy irl. 🙂 __ In other, more happy news… Dami’s song here: https://play.spotify.com/album/4v6nXxsfpkBpUA9PEAh7nj (thank… Read more »

@EugeneESCUK: A few good points that you’ve raised here, I must say. Of course, this sort of backlash would have happened regardless of which country it would be, but I don’t think that makes it any less despicable as it is… just to make it clear. If it were China or the USA, I’d still find it just as saddening that it would be happening to them. It’s definitely not an anti-Australian sentiment; it just so happens to be directed at us at this particular moment in time as we are the first non-full members of the EBU to participate.… Read more »

YAAAAAAAAAAAAY.
Go Dami ???? we are so proud of you, love you as always. All the very best Dami.

Quick shout out to all the Dami Army fans & Eurovision fans, Dami’s “Sounds Of Silence ” will be available on ITunes after 12.00am Aus E.S.T (15 mins) .
ps- All those who think Dami is suited to Power Ballads only, think again, this women can win singing Rock to Classical to EDM .. Turns any song into a musical masterpiece.

Bow down europe, the queen is here.

Sound so good! We might have a potential competitor for the win here!

So second place will host the next eurovision if Australia wins? or Germany? Australia for the win!

Dami Im is set to put Australia’s critics to rest with this haunting power ballad ‘Sound of Silence’ ‘…calling, calling, keep calling..’ The world is about to know why Dami’s Army are so fiercely behind her. Her win at the XFactor Au reality show in 2013 was the well-earned crown for her incredible growth and sensational performances during the series. When Ronan Keating almost smirked at her promise to do ‘awesome singing’ at her audition, little did he know that Dami Im was about to change XFactor forever. Since then her journey has been paved with jewels of amazing triumphs.… Read more »

Now THIS can win! It’s a powerful song with that instant hook in the refrain that I’m looking for. Sweden and Russia are in trouble:D But will people vote enough for Australia? Some people are against their participation.

Here is the chorus!!

Yay it’s Dami Im all the way for Australia with this song and her enormous vocal power and intense emotional performance when she’s doing it live! The combination of Dami with her song “Sound of Silence” will be awesome in the Eurovision semi and Final when she performs in both!

Go dami im I love you

The chorus sounds so strong. Top 5 material for sure!

Well it’s not the European singing competition, it’s a SONG contest though..

Having just heard the rest of the song it is better than I thought, Dami’s voice is incredible, wooooooow its amazing. We will win for sure, watch out Europe.

This could be the highlight of the year. The snippet sounds great!

So what? I will pretend that Australia never competes in Eurovision. I’m ignoring their presence tho

Are we have full song already? Its time…

“The Feed” continues to be the worst show on TV.

“We know you’re only here for it! Please love us! It’ll be soon!”

“Here’s a slightly extended snippet of the song. Amazing! Please watch us again, ever…”

This is an entry designed to win, with all the mainstream elements but without soul. I still prefer more honest songs like Ukraine or Iceland. But yes Australia will be top 3 for sure. EBU should stop fooling around inviting Australia, because watching this country winning before Portugal, Iceland or Malta would be painfull.

It sounds great! But yeah, what else did I expect? They really want to win and I appreciate their effort. But of course I have to hear the full song to put it into my Top ^^

Moment of Silence and Sound of Silence. B-) I love the first song, I hope the second one is as good.

Hmm the mention of FaceTime – will that be removed before the contest?

Very curious; I have high expectations! I mean I still don’t understand why Australia is participating again but I’m happy with the snippet.

I like Australia in Eurovision. Tbh They have been watching it even longer than some countries have participated in the contest.

Pop female ballad that sounds manufacture, what we can expect, zero surprisng and nothing new. Kinda boring for me. Prefer Guy Sebastian by far.

Sounds good, but boring.
But I won’t judge until the whole song is out

i thought it’d be something fun and poppy but still powerful like her other songs: e.g. super love, but i’m still excited love u dami 🙂

I can’t wait for China Canada and the USA to join after Australia wins this year!!! 😀 😀 😀 This is not sarcasm btw!!