Robin Bengtsson is one of the favourites in tomorrow’s Melodifestivalen final. Cillian Murphy is an Irish actor who’s appeared in Inception, Peaky Blinders and Christopher Nolan’s Batman films. But is it possible that the pair have a shared Viking ancestor? From the moment we locked eyes on Robin we saw striking similarities between the two. If you haven’t made the comparison yet, you need to see these photos! Can you guess who’s who?

Each man possesses a striking pair of eyes. We’re not sure of the exact shades, but they work with a whole range of looks. From almost no hair… … to a full head of glossy locks. The unlikely doppelgängers also share a fondness for an array of headgear, including flat caps… 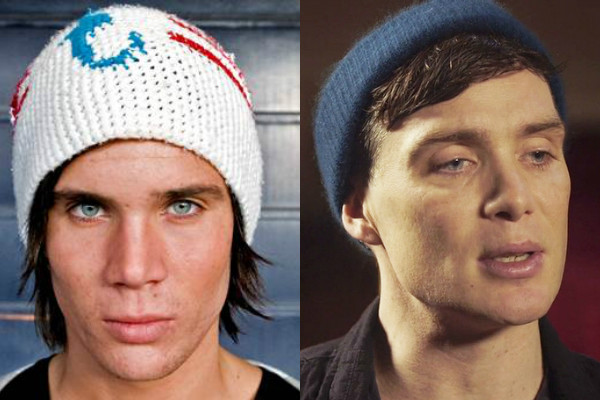 The early ’00s look is bringing back all sorts of feels. We’re not the only ones to spot the likeness. Robin himself posted about it on Instagram. Sharing a shot of his passport from 2011, the “Constellation Prize” singer labelled himself a Cillian Murphy lookalike. Are y’all seeing double too? Let us know in the comments below. Molly Sandén at Melodifestivalen 2016: “Youniverse is a tribute to mother Earth”

exactly how many posts about melfest are necessary?

Aren’t they the same person? 😛

I’ve never seen them both in the same room, just saying!

I would accept a dumb item like this one in October or November, when nothing happens, but today?