Way back in January, Belarus was one of the first countries to reveal its entry for Eurovision 2016. During a 100% televote national final, they selected Ivan with “Help You Fly”. And the long-haired singer hasn’t been idle during the intervening two months. In February, he performed in the first show of Ukraine’s national selection and today he’s dropped a new and improved version of his song for Stockholm.

The revamp remains largely faithful to the original — no butcher knives were used in the recording studio. But the changes are noticeable nonetheless. Despite Ivan’s rock vocals, the synth background has become more pronounced. They’ve also thrown in some howling wolves and a little plaintive wailing, because why not? One hopes the wolves recorded their vocals separately.

Reacting to the revamp

Are the changes enough to give Ivan the edge he needs to bring Belarus back to the final? Let us know below. 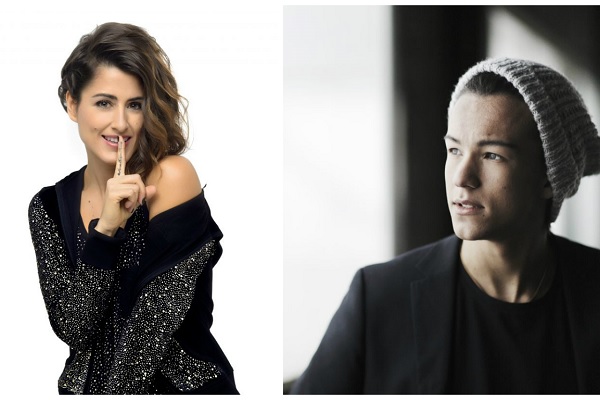 I’ not hating Ivan, I just react to unfair selection (there’s many claims in local press that Ivan bought voices). Knowing that he’s Russian creation and his producer is Russian, and Belarus is Russian satellite, along with the fact that every other song in NF selection wasn’t worse that Ivan’s song, what else can I say? Why when it comes to a winner someone will pick up aged Russian pop-rock song with crackling voice instead of perfect voice of Radiowave, or Belarusian Zlata Ognevich – Napoli, or other nice songs? The onl answer is corruption and Russian influence. I’m not… Read more »

any chance to make that audio internationally available? or should I use TOR to fake my location?
actually, I don’t believe any revamp can help Belarus to score anything. They had to ask Napoli (who is Belarusian?) to sing for them instead of Poland, at least that girl can sing. Bringin’ that song to Ukrainian stage is like pointing at huge gap between common Ukrainian semi-finalists and winner of Belarus NF. not in his favor. he’s not Barei 🙂

The song is not too bad, however is vocals and performance are not good enough.

I don’t get the hate over this entry. I love this song since the very first moment I heard it in the live auditions I was so happy when he won! I hope they bring up a good staging as the song itself is pretty good. The problem here is not Ivan’s voice but his stage presence, that’s something to improve if Belarus want to go through. Also, the wolf theme is used by Cyprus so if both qualify, they could take votes from each other. For now, Belarus is my 6th.

so gewd
I like when songs that aren’t expected to be make-overed turn out to be flawlessly changed.
I think we all gave for granted this song was going to sink at his semi but I’m afraid it won’t and might be a qualifier (although I’m not sure about that last thing)
the visuals team behind the live performance was superb, those are well done futuristic graphics.

I have liked this song for a while. Does not deserve to be at the very bottom with some of the bad, bad entries for sure.

Mar – you mentioned two of the most underrated songs this year there. Montenegro and Georgia. Rousing energy bombs with a strong melodic flow. Too bad that some rocksongs seems to be “doomed” beforehand among ESC-fans. But at least we have Cyprus….

I have to admit that even after such a long few months with plenty of national finals and representatives chosen, I remember how this song went.
Which is kinda the whole point of a Eurovision song.
They might qualify If his live performance vastly improves …. Good Luck !!

I think the song is perfectly fine, I don’t understand why everyone seems to dislike it so much and group it with the likes of Georgia, Montenegro and San Marino at the bottom of their lists. I’m confident it will qualify.

I should be the only one who love this song…

More synth? Don’t make that go on the expense of the rockish nature of the song please. The song was good enough as it was. And why change a song that was good enough to win a national selection in the first place?

I don’t hate this song, it just gets annoying quickly. Definitely not a bad choice though and quite a good revamp.

This is a good song, with a strong chorus. It surprises me that it’s at the bottom of so many people’s lists. Maybe because the stage production in Belarus was so modest, and he was dressed badly?

While I do like the song, it’s just middle-list for me, because of a mushy bridge that loses all momentum. With sharper staging, and a more confident voice from Ivan, this deserves to qualify.

Doesn’t change anything if he doesn’t learn to sing live.

I don’t understand why almost everyone hates this song. I’ve always found it cool, enjoyable and catchy. Like a punch of pure male power needed to counterattack the diva swarm.

This song is very bland.

What the heck? They kept the bad part of the song (chorus) exactly the same but changed the verses that were totally fine? Wow.

The revamp has defintiely improved the song and I’m liking it! I think this song is so underrated and it’s not as bad as what everyone is making it out to be. Good job Belarus!

This is good, but he will not sing good this live.

apart from the wolf sounds

the revamp is good.but nothing special.

Not sure of the purpose of the wolves and why they’re only in the beginning o.O … But it sounds more polished (especially in the bridge). I still like it.